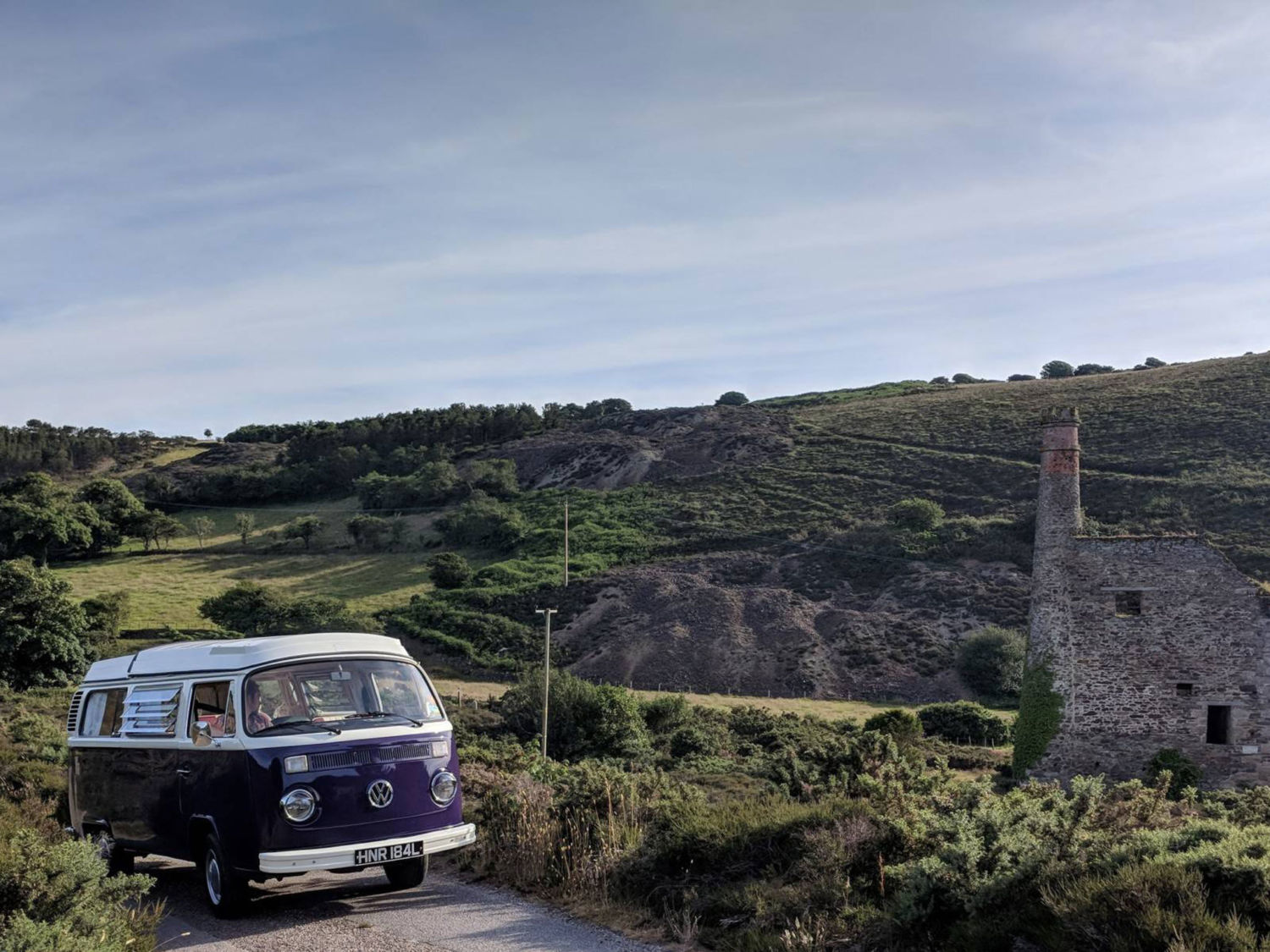 THERE’S been an explosion of demand in the Irish campervanning world. Apparently you can’t get a second hand VW van or similar, for love nor money. The fantasy of a freewheeling staycation seems to be growing in popularity. That and the increasing desire for outside space is yet another part of the new normal.

We’ve had a few different incarnations of the basic camper van over the years. Even in between vans I would ogle them parked up at the beach; togs and towels hanging out to dry, fresh fish on the BBQ, someone strumming a guitar. These days what is known as “wild camping.” For the romantics amongst us, I guess that’s the simple holiday we all long for.

But in these fantasies, the sun is always shining, the sky is blue, and the beach, white and sandy. On the road and living in a van, means that you have to be prepared for the challenges of simple van living in all weathers, and in all kinds of locations. One of the most challenging holidays we had involved trying to get organised around a solid week of rain; outerwear, swimming gear, towels and shoes of two adults and three kids in a tiny space with no way to get dry. That’s what can happen in a typical Irish summer in the west!

On the more glorious days of van travel, you have the joy of a mystery tour unfolding. The simple routine of breakfast, lunch and dinner who knows where? If you choose a new part of the world for each trip, not a day goes by that you don’t experience some new and interesting place or food. Sometimes trips can be short in mileage but huge on the rewards of beauty. We once spent a month going from cove to cove along the north coast of Brittany; all in all only 150 kilometres. But every few days when we moved to yet another spectacular coastal village or town, we would find it hard to leave!

I don’t have any experience of the giant white campers that roam the world and I’ve always thought I would be terrified to drive anything that size. I’ll stick with the basic VW campervanning having come across my very first one in 1975.

‘I don’t have any experience of the giant white campers that roam the world. I’ll stick with the basic VW campervanning having come across my very first one in 1975’

When I say “come across”, that’s the random way it happened. We were travelling around Europe, as every student did in those days. To make our way, myself and a group of pals were busking and making street art. It was very lucrative but it also put us in touch with people we would otherwise never have met. This included Larry, an American college teacher who had a big thing for James Joyce. On meeting us in Cologne, Germany, he immediately invited us for dinner and begged us to read Finnegan’s Wake in a Dublin accent.

We did this on a regular basis, mainly because Larry’s wife Jane was a great cook and our humble tent in a camping ground outside the city didn’t really allow for home cooking like hers. One night Larry mentioned that he had an old VW van that they had taken many trips in. Then he just said, “I don’t suppose you would want it?”

Now at that stage, only one of us had a full driver’s licence. So as luck would have it, Larry gave us the van and suddenly we had a set of wheels to buzz around Germany, Denmark, Sweden and the Netherlands! Having travelled in the back of a van with a bunch of lads, I can honestly say that I have seen the worst and the best of van life! But there is no doubt that I was hooked by the ease and adventure of it, in spite of the basic level of comfort.

The arrival of new ferries to all kinds of new EU destinations will surely open up new places for us campers to explore. Already France is a wonderful destination and each region has its own special culture, food and landscape. Northern Spain is less developed and you can crisscross the Camino for incredible walks and trails. It’s an easy wander down to Portugal for fantastic Atlantic villages or the meandering Douro wine region. I am currently dreaming of all the other ferries you can link to from there to Italy, Greece, or even further afield.

For the moment it is only about dreaming and drooling over maps. I am imagining arrivals, departures, summer clothes, sunhats, all those long lunches in the heat of the day, with a bottle of wine thrown in for good measure. When the sun came out this week, I sat out in it, closed my eyes, and wondered, where and when?

One way or another it will have to be wandering along in the van, looking for the best place to picnic.