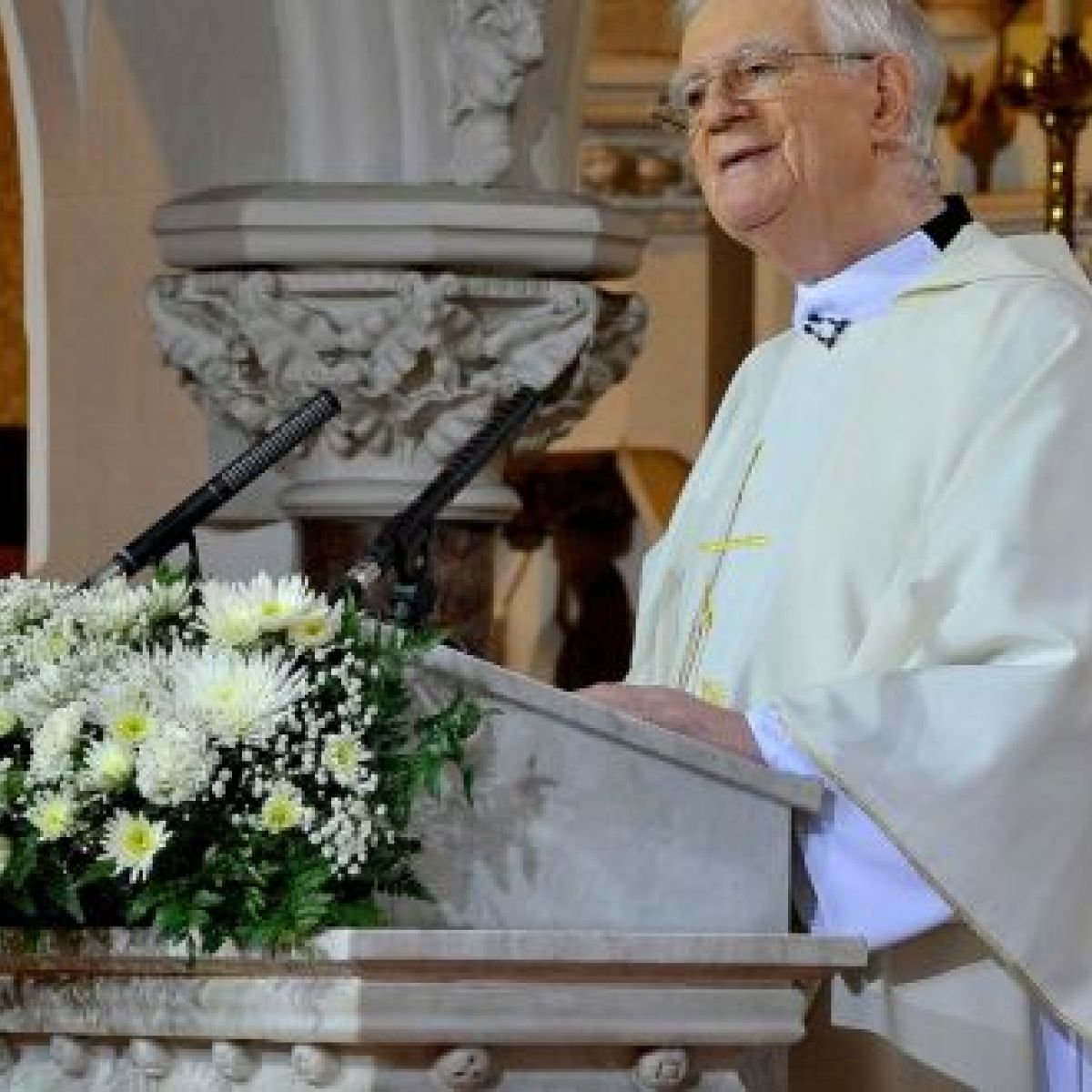 I WAS saddened to hear of the death of Fr. Enda McDonagh (died February 24). He was Professor of Moral Theology in Maynooth from 1958 until retirement in 1995. He was a truly inspirational figure, who, on the basis of his wide-ranging studies, worked tirelessly to forge a constructive relationship between Church and State in Ireland. He dedicated his life to exploring how the Kingdom vision of Jesus of Nazareth could contribute to the forging of a modern, pluralist and just and open society in Ireland, in which the rights of all are respected and divisions are healed. He courageously challenged the status quo in Church and State and society in general to end discrimination and marginalisation.

As a student in Maynooth, I remember the late Garret Fitzgerald, leader of Fine Gael and Taoiseach, slipping quietly and informally into the college to confer with Enda (which was subsequently well documented.) This was not a return to the days when Archbishop John Charles McQuaid attempted to force a theocratic model of state on Taoiseach Eamon de Valera. Rather it was a case of two intellectual giants reimagining a new vision for Ireland. Enda supported Garret’s crusade to establish a New Ireland Forum which would seek to forge some pathways of reconciliation between North and South of Ireland and examine ways of bringing peace and reconciliation in Northern Ireland. Fitzgerald believed that Ireland was a sectarian state as Church teaching was too influential in shaping social policy. Enda agreed and argued that on issues such as divorce, contraception and homosexuality Church teaching should not be enforced by law but that the rights of all citizens should be recognised.

Dr McDonagh supported the campaign to decriminalise homosexuality, arguing that the law at the time was deeply prejudicial of the gay community. He argued that the Christian call to unconditional acceptance of all people and especially the marginalised must clearly apply to the members of the gay community. (Interestingly, I last met Enda at a conference in Maynooth just after the referendum on gay marriage. I had the temerity to ask him how he voted. “I voted yes,” he said.)

The gay community was decimated by the Aids Pandemic in the early 1990s. As the world ostracised those infected with the virus, Enda was one of a small minority who advocated a true Christian response: “the disciples of Jesus, as entrusted with the vision and enabling call of the kingdom, must offer a lead in responding to these least ones by active caring, loving personal relationships and structural reform.” He travelled extensively in mission countries supporting Cafod’s HIV response team and reasoned that condoms should be distributed to protect partners (which was contrary to Church teaching at the time).

Social justice was a key theme in his theological works. His was a theology composed in his own words ‘from the fringe’, which sought to put the spotlight on the homeless, the handicapped, the unemployed, the chronically ill in an under-resourced health care system. He was scathing in his critique of the economic form of liberalism which promotes individualism and creates huge divisions in society.

As students we were challenged to view society from the lens or perspective of the marginalised and recognise how divisive prevailing policies were. It was exciting to hear his proposals of imaginative ways to bring healing to a fragmented society.

The recent report on the Mother and Baby Homes (covering the years 1922 to 1998) pointed up a largely symbiotic relationship between Church and state in Ireland, which pertained from the foundation of the state. While the report recognised that responsibility for the harsh treatment of women pregnant outside of marriage was supported by, contributed to and condoned by the institutions of state and the churches, it held that the fathers and the immediate families of the mothers were primarily to blame. Many commentators have rejected this finding, arguing that the Church was primarily responsible. They pointed to the overweening influence of the Church which sustained a culture of ostracising these women. Fintan O’Toole even went so far as to claim that the Church ‘spiritually terrorised’ Irish society into obeisance.

The Church has acknowledged responsibility for the suffering and trauma experienced by the women. However, for society to simply scapegoat the Church as the only culprit means that other institutions of state and indeed society in general will never honestly confront its own failures. It is unhealthy to suppress such painful memories.

The complexity and subtle nuances of Church /State and societal relations of this era were succinctly summarised by the late Fr Peter Connolly, who was professor of English in Maynooth University. Writing in the 1970s he claimed: “It is all too easy for outsiders to misread the situation at that time in terms of cowed and subservient laity and a pusillanimous government being driven from the backseat by an oppressively authoritarian clergy: it is more accurate to envisage a tyranny of the majority, clergy and laity joined in a massive consensus that was implicit and unconscious.” He was claiming in effect that a rigid doctrinaire authoritarian Church reinforced a set of values, which, according to the Report, “met the needs of Ireland’s conservative, agrarian society.” Enda McDonagh envisioned a much healthier relationship between Church and State and society in general.

Enda McDonagh recognised the need for new forms of spirituality today observing that people are turning to the artistic expression of poets, plays, painting and music for spiritual enrichment rather than to traditional religion and its leaders. He initiated dialogue with artists and poets wondering if there is common ground between the spiritual insights of the artist and the spiritual reality claimed by the Christian religion.

He challenged the institutional Church, urging the leaders to eschew a triumphalistic notion of Church attempting to hold onto power in and over society. He was particularly exorcised by the way women were treated by the Church and argued strongly for reform.

The late Fr. Enda McDonagh showed us how the Kingdom vision of Jesus of Nazareth could be a powerful force for healing and reconciliation in a fragmented society, arguing that it should impel us towards the building of a more inclusive community based on equality and respect for all. The very concept of a Mother and Baby Home would be unthinkable.