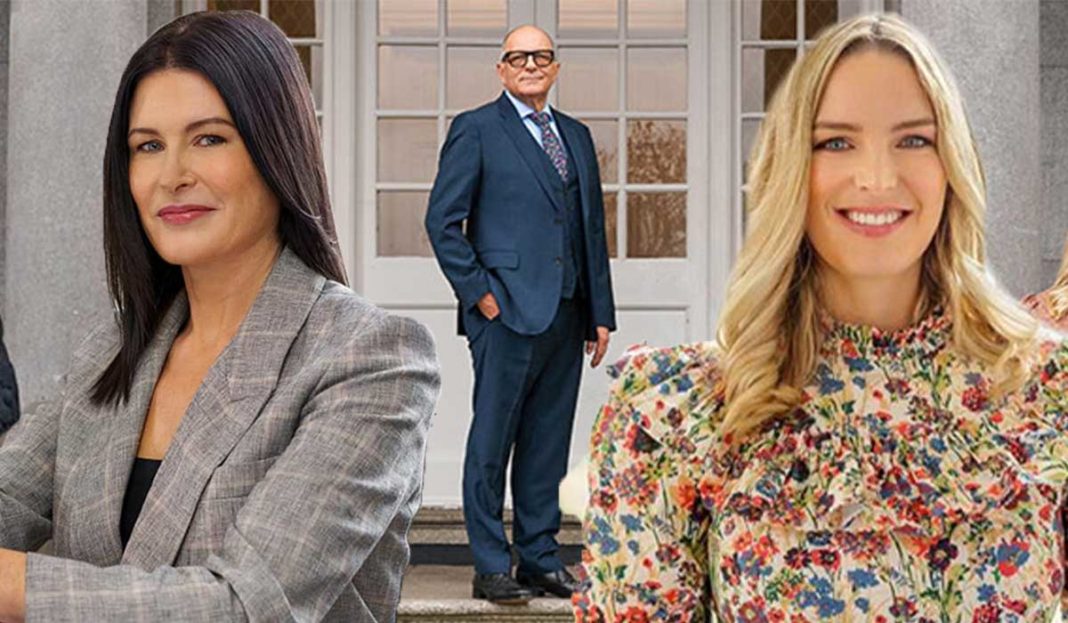 Tramore: Home of the Year

WHAT a pity we didn’t have RTE’s Home of the Year when my gang of four were in their prime. After all, we had all of the doodahs the judges – who love to quote themselves – give all those “Wowwws, Ooohs, Aaaahs and Amazzzzings!” to. I mean, our house had that much sought-after ‘flow’ they now drool over. Mainly because, no one ever closed a door in the joint meaning that the old Beast from the East of a couple of years ago would have rated no more than a Snap through the Gap chez moi.

And… as for the throw… welllll… my lot had that down to a tee. More of a discard really. Or a drop, to be accurate. Still, it would have brought that ‘surprise’ the judges love so much. Especially when standing on a solitary piece of Lego when leggin’ it to the loo for the old nocturnal visits. Our flow was created by open doors and a trail of toys, comics, clothes and discarded sweet-wrappers that trailed inexorably towards a child’s bedroom. Design Legend Hugh would never announce, “calm and bright like a glass of Rosé” on his sojourn in Tramore. Not for us the designer two kids who sit and paint aurt-and-cerrrafts-don’t-ye-knoow-now on the island while Mum cooks for all those never-to-be-invited-in-case-they-show-up guests that are – supposedly – just queuing for the haute cuisine straight from the stainless steel splashback. Well might the judges muse, “I wonder what’s in here now?” in our gaffe because I often wondered myself as I approached bedrooms with a mix of Gothic fear and trepidation that years of experience taught. Yes, my Home of the Year would have been streets ahead on the old surprise stakes.

‘…designed, of course, by some award-winning sandal-wearing Scandinavian architect that just loves to work in bamboo, these trophy-homes are more theatrical than an opera house’

And as for that pop-up colour that is much-prized by award-winning interior designer Suzie Mc Adam and searched for in remote corners. Well, Suzie me darlin’, put your colour pop-up sat nav to one side because there would have been no need for any organised search with my lot. My crowd’s pop-up coloured knickers just popped up everywhere – except where they were supposed to be. Although I think I might have passed on the desire to feel the texture of the fabric on the grounds of, “move along there, nothing to feel here.”

Award-winning architect Amanda Bone – this crowd has more awards than Walt Disney – loves to see the house fit into the landscape. Well, Amanda me auld flower, I’m ahead of you in the flat-earth concept of landscape design. Our grounds were sculptured on the eco-landscape that the Green Party’s Vegan Warriors just love – that sort of untouched beauty beneath Goldsmith’s “blossom’d furze unprofitably gay” that this home-owner feels is best left untouched. And as for “bringing the outside in”, well, just about everything and everybody had no bother just traipsing in unhindered. Although, in fairness, maybe we should probably have moved the building a few feet to the left.

Design Legend Hugh Wallace loves to see the ‘character’ of the home-owner come through – there’s probably better dialogue on Big Brother! Still and all, my house would have scored really well in the ‘character’ stakes although I confess that I never actually counted myself as the ‘home owner’ – merely as the Wally who stumped up for the bills. The real home-owners had all the fun, paid for nothing as their characters rose like phoenixes from their upcycled clutter. I think I might have placed that home-owner’s Favourite Red Dot-Spot on the cooker as it would have allowed me time to dream about the possibility of being fed without an investigation to see if anything was on my plate that wasn’t on everyone else’s.

Previous award-winning interior designer Deirdre Whelan loved to announce, “I like to see the fun” in houses – designed, of course, by some award-winning sandal-wearing Scandinavian architect that just loves to work in bamboo. These trophy-homes are more theatrical than an opera house and never seem to be actually occupied. A grand piano as a kitchen island, gallery walls with photograph frames and nothing in them, hollow decorative mantras that announce ‘Love’ and pictures that look like someone spat Scrabble letters on a wall, all serve as an ironic mockery of house-owners that clearly suffer from an edifice complex.

When I remember back to our own jam-coated door-knob days, it is the fun I remember in a house that was always making memories. Sleepovers with two million kids in the sitting-room, clatter and clutter, Dustin and the craic and socks on the floor, tears and triumphs, scrums in the corridor, indoor football in the hall, lines full of washing and a back-garden tent that never came down. And the noise that I miss so much.

And the wonder of a home filled with the joy of young life in the sun that was born over and over.

Now I give that home a perfect 10!