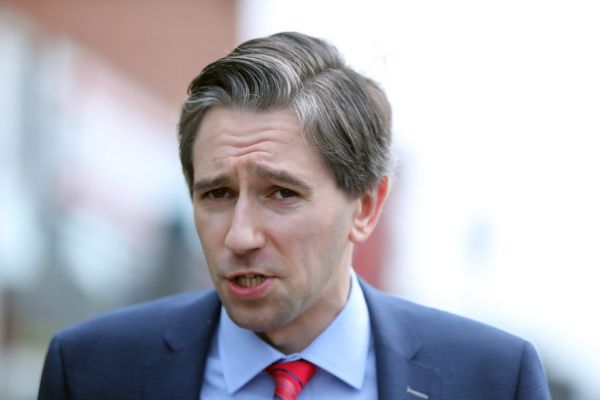 The most patriotic thing Irish people can do on St Patrick’s Day is stay at home, the Higher Education Minister has said.

Simon Harris urged people not to jeopardise the progress that has been made by celebrating St Patrick’s Day by gathering together, as it could lead to delays in reopening the country.

Mr Harris said: “What I would suggest tomorrow – the most patriotic thing people can actually do in terms of our national battle against Covid-19 is stick to the public health advice.

“Because in about two weeks’ time the Government wants to be able to sit down with our public health experts and work out what the next few weeks look like and we desperately want to be able to see some of the harshest restrictions eased.

“Particularly, and I don’t want to exceed expectations here, but particularly things like the five kilometres, which is really punitive and really difficult for people.

“We want to see construction start to come back and people be able to do that little bit more outdoors.

He said he was “really confident” that if the public followed the public health advice there would be a “slow, steady and gradual” reopening of the country in the coming weeks.

Mr Harris made the comments as he marked 3,000 apprenticeship applications under the Government’s Apprenticeship Incentivisation Scheme.

We have now seen 3000 apprentices registered as part of our apprenticeship incentive scheme. Met with apprentices in @Buseireann today to get their insights. We are now finalising our Action Plan on Apprenticeships. Huge scope to do more!

The Government introduced the scheme last July in an attempt to “ramp back up” the number of apprenticeships in the country.

Employers are paid a €3,000 grant for every apprenticeship they take on.

“We now have 3,000 apprenticeships that have signed up,” Mr Harris said.

“It has far exceeded our expectations. I’m really encouraged by that.”

“It’s so important that we change the conversation around apprenticeships and that we promote them at every single opportunity,” Mr Harris added.

He said he was delighted that companies like Bus Eireann were offering apprenticeships.

For the next two weeks people can apply to become an apprentice in Bus Eireann.

Taoiseach: Plan to give amnesty to British accused of Troubles crimes "breach of trust"