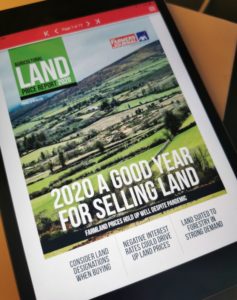 FARM land prices per acre (/ac) in Waterford rose by 55 per cent during 2020, a year in which there were there only 18 farms available for sale in the county when compared to 91 in 2019.

The year-on-year price increase in Waterford, as revealed in the 2020 Irish Farmers Journal Agricultural Land Price Report came in at €16,367/ac, with only Donegal (€17,716) and Kildare (€16,446) recording higher increases.

Last year, a total of 1,617 acres were offered for sale in Waterford, the report notes, “well under half of the 4,181ac of 2019. Unusually, compared to most other counties, most of the farms for sale were under 40ac”.

Dairy farmers represented the largest category of buyer with the biggest single sale being the 400ac farm at Mount Congreve bought in an off-market deal by businessman Eddie Walsh and his family. 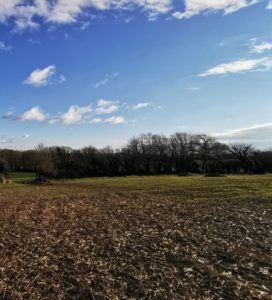 Total land supply made available for sale last year dropped by 25 per cent nationally, largely due to Covid-19 with the average price per acre rising by 16 per cent to €10,316/ac.

Writes Report Editor Paul Mooney: “Auctioneers and land agents have reported that more and more land has gradually become tied up in leases of five, seven and more years, with the income tax incentive. However, given there were no sudden changes to this scheme or to any factors that can affect the land market, the very sharp decline of 2020 can be put down to the pandemic and particularly lockdowns.”

As for 2021, Paul Mooney suggests that the “evolution of the pandemic” is likely to determine what sales trend emerges over the course of the year. “This all makes it difficult to see any significant increase in supply of farmland for sale on to the market in the first half of 2021. However, there is still a possibility that supply will increase sharply in the second half of the year, if restrictions are eased.”

Covid protocols for meat factories the same as other businesses, says Minister