Own goal heartbreak for Blues in season opener 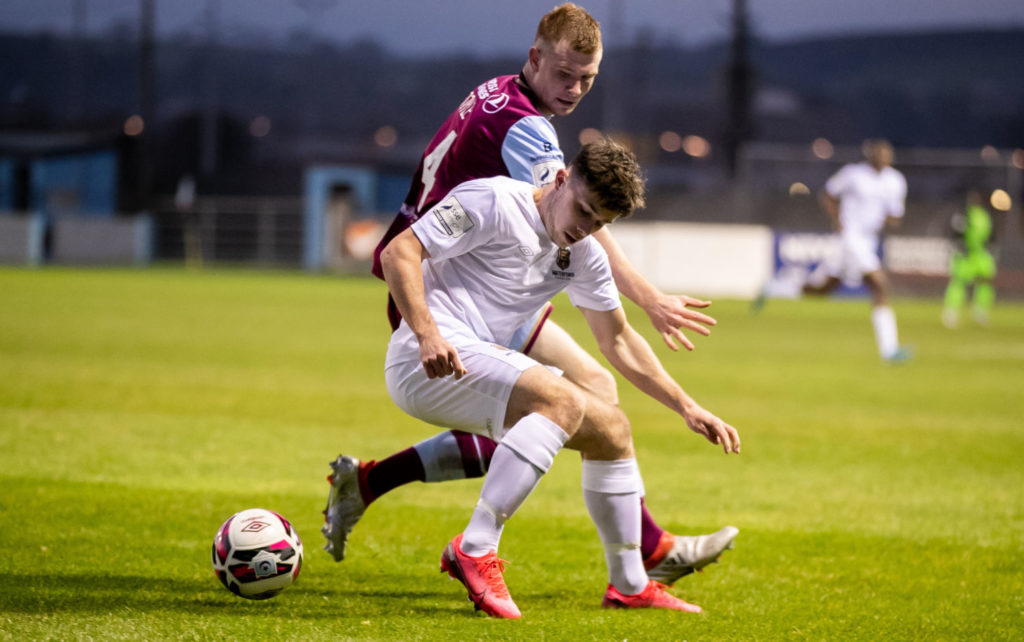 It was heartbreak for Kevin Sheedy in his first taste of the SSE Airtricity Premier Division as an unfortunate own goal two minutes from time inflicted defeat on Waterford FC in their season opener with Drogheda United at Head in the Game Park this evening.

Cameron Evans, who is on loan at the Blues from English Championship club Swansea City, was the man that put the ball past his own goalkeeper Brian Murphy with time ticking down as the visitors left the Louth venue disappointed.

After James Brown set the tempo with a smart save to test Murphy in the early exchanges, Drogheda continued their bright start with Mark Doyle having a goalbound effort deflected out for a corner kick, before Daniel O’Reilly was off target with a header.

With neither Oscar Brennan, Kyle Ferguson or Cameron Evans failing to trouble Drogheda keeper David Odumuso, the early stages of the second-half belonged to the hosts with Darragh Markey cannoning an effort off the post, and Evans superbly denying Doyle.

Katlego Mashigo had an effort blocked midway through the second period before Mike Newell was issued with a red card by referee Graham Kelly after a verbal altercation with Gary Deegan, before James Waite was just wide with a decent free-kick.

But as the game entered the final minutes, there was heartbreak from Evans and co when the Welsh native diverted a James Brown delivery past his own keeper Brian Murphy as the Blues ended with defeat from their opening game.