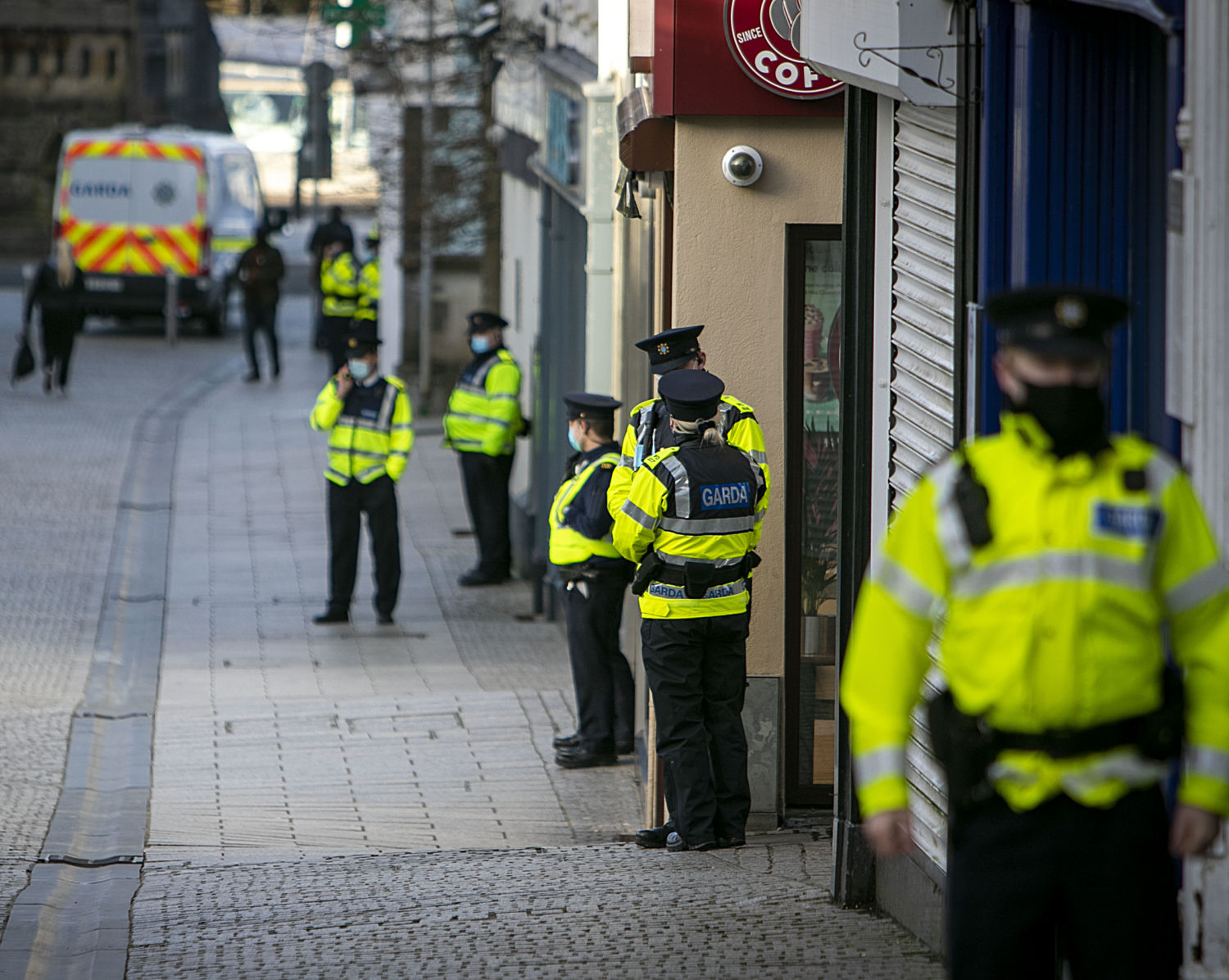 A large Garda presence in Waterford recently over concerns an anti-lockdown protest due to take place outside the Cathedral of the Most Holy Trinity would draw significant numbers.

THE current lockdown is certainly testing the resilience of most people. Compliance with restrictions is becoming more and more challenging. There was a palpable sigh of relief when schools reopened. However, the lockdown and other health and safety measures, which help prevent transmission of the Coronavirus, such as the wearing of masks etc, have resulted in a dramatic reduction in the rate of infection and most importantly in the number of deaths due to Covid-19.

While it is not surprising that some would oppose the level of restrictions imposed at present, I am perplexed by the logic of many of the protesters. Protests in Dublin, Cork, Limerick and other places have been marked by violence resulting in serious injuries. I realise that there is not a coherent or univocal voice of protest. (Those gathered for protest have disparate and varied reasons for doing so.) But I am intrigued by two groups: the conspiracy theorists who deny Covid and the Christian right who are somewhat aligned with this viewpoint.

Professor Dolores Cahill who is chair of the Irish Freedom Party reflects the outlook of the Covid deniers. Speaking at a lockdown protest on St Patrick’s Day, she claimed that the lockdown was based on lies and warned against mask wearing, particularly for children, as it starves them of oxygen which will result in the lowering of their IQ. She claimed that “globalists have pushed for mandatory mask wearing because oxygen-deprived people are easy to manipulate”.

‘The same Latin Mass Society insist that Holy Communion cannot be received in the hand despite the too obvious dangers posed by the priest putting his fingers to people’s mouths. A rather expansive understanding of religious liberty’

Professor Cahill is representative of many so called conspiracy theorists who claim that lockdown measures are not motivated by defence of the public good, but are rather “a manifestation of a conspiracy ordained by state officials, fraudulent “experts” including virologists and epidemiologists, pharmaceutical multinationals, and radical left groups at the expenses of ordinary people, deprived of jobs and forced to wear masks” to bring about a “New World Order”. The strategy employed by such theorists is to cast doubts on the very existence of the virus, to spread misinformation and to question the value of preventative strategies such as social distancing, sanitising of hands and mask wearing.

Some research has been conducted in the United States to ascertain the reasons for adherence to these conspiracy theories. It results from a profound mistrust of Government and other major institutions (such as banks and other financial institutions, the church, multi-national corporations etc.) which have so flagrantly betrayed our trust. They fear loss of identity and nationality, and above all the threat posed by globalisation which (they claim) could ultimately erode the democratic process.

But I am intrigued by the reaction of the Christian right to the preventive strategies of our Government as contained in the Level 5 guidelines. Some groups have blatantly ignored them: for example, the gardai intercepted a group in Dublin who were gathering outside a church waiting for the distribution of Holy Communion. Similar practices have been reported in Cork and elsewhere. Gardaí intervened to disperse a crowd gathered for the celebration of a Mass in Latin in the Limerick area, in flagrant contravention of the rules for public worship. The same Latin Mass Society insist that Holy Communion cannot be received in the hand despite the too obvious dangers posed by the priest putting his fingers to people’s mouths. A rather expansive understanding of religious liberty.

Again, we learn from research in the United States that the primary ideological factor driving such behaviour is the belief that American Christians are “God’s chosen” (and protected people) and consequently they are not at risk from the virus. Even if they were infected, it would only be at the level of a mild flu. They are sceptical of science and scientists and distrustful of the mainstream news media. And, of course, they avoid taking precautionary measures such as social distancing and the wearing of masks.

What is most disconcerting, however, is the attitude of so-called right-wing Christians to the vaccine. Many who are totally committed to the pro-life movement profess radical scepticism about the efficacy and safety of the anti-Covid vaccine, despite reassurances from international agencies such as the EMA. The pro-life movement should surely be encouraging people to avail of the vaccine in order to protect themselves and to safeguard the health and indeed the life of others in the community. We have a responsibility to care for one another and to ensure that we do not act in a way that puts others in danger.

We must respect people’s right to protest and to express opinions contrary to the official narrative but to deliberately propagate misinformation which is harmful (such as that Covid-19 is a hoax and that the vaccine changes people’s DNA) is unethical. All Christians surely should recognise that throughout this time of pandemic, strong restrictions are necessary to avert the grave threat to public health. The Irish Bishops are unequivocal in their commitment to the protection of health and life and recognise that the restrictions are necessary to promote the common good. Moreover, in relation to the vaccine, Pope Francis describes it as “an ethical action, because you are gambling with your health, you are gambling with your life, but you are also gambling with the lives of others.”