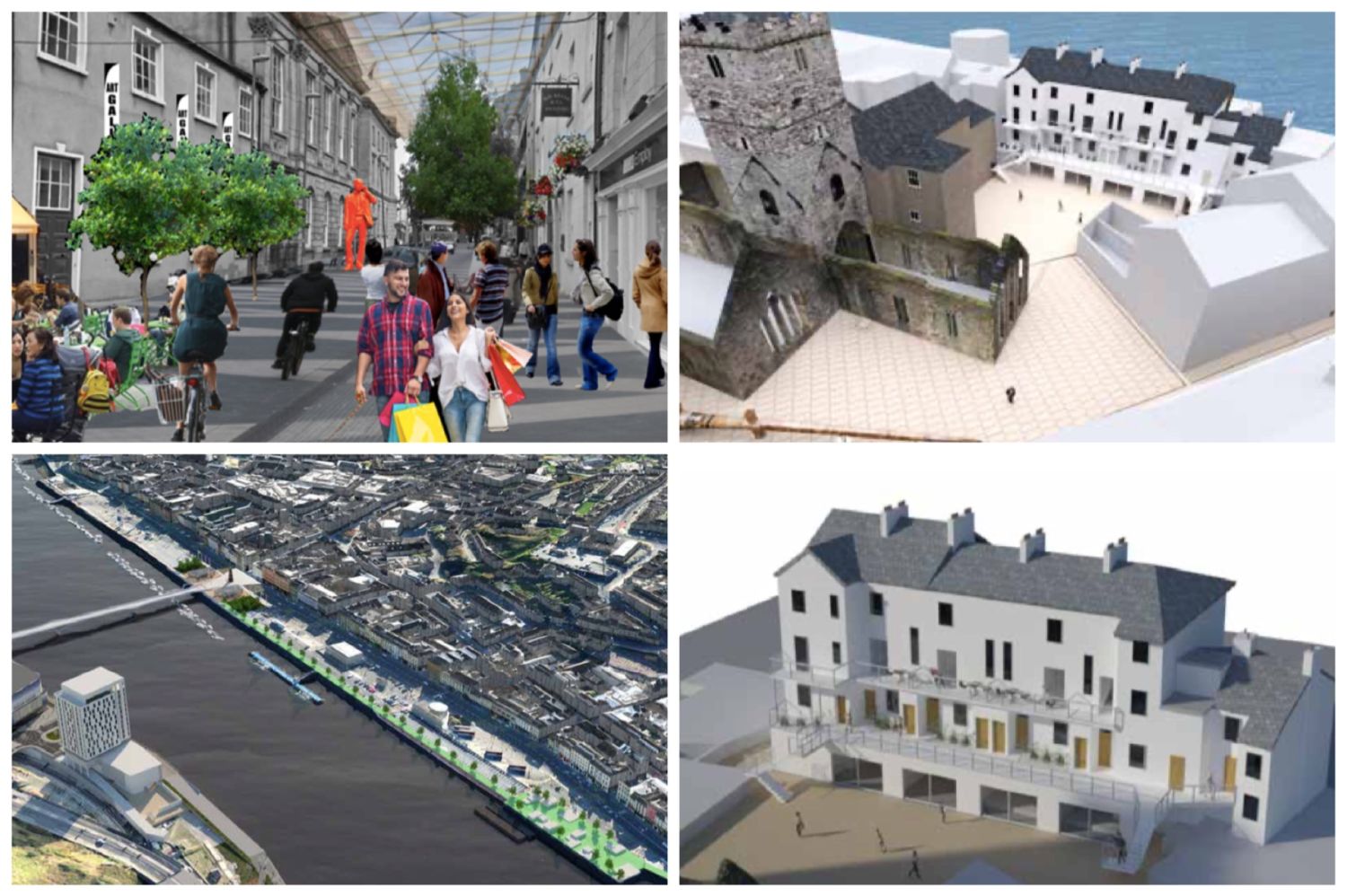 THE announcement of over €27m URDF funding for the city was widely welcomed last week and while success, as always, has many fathers and failure is an orphan, I am sure that all our Oireachtas members had a hand in securing the money. Every cent that can be spent in the old city centre is welcome and the council at all levels deserve to be congratulated on the quality of their input. It was particularly gratifying to hear a council spokesman mention the input of the city architect’s department where people like Rupert Maddock, Maurice Conway and others have been at the centre of public realm works. We should not put a stone on top of a stone in the city without architectural critique and input. The days of allowing property owners to dictate minimum standard development and finish, grey cement render and cheap windows, picked from some off the shelf CAD system should be consigned to history.

For decades, investment in areas like O’Connell Street has been scarce. People forget that this street was our industrial estate before people thought of such a thing. Most local merchants had their business premises in that street, especially the local Quaker families, and it is no coincidence that it forms the backlands to Merchant’s Quay. This was the 18th and 19th century extension to our old city centre. As business started to move from O’Connell Street to the suburbs or simply be displaced by new technology the problem of what to do with vacated premises became a problem. In the 18th and 19th century merchants could live in large houses in the area in close proximity to their business, but change is ever present in urban areas. Districts and uses change, business comes and goes.

Streets become fashionable for one reason or another and then become unfashionable and go into a decline. Change is probably the one constant in every urban area. I love the idea of a roof over that part of O’Connell Street centred on Garter Lane. Tully’s and Tom Meagher’s pubs are at the heart of that section and a rainproof street offers huge opportunities for all the traders in that area.

The linkage with John Roberts Square and the new Greenway link to Bilberry should tie in a lot of pedestrian uses and help increase footfall and urban vitality. The links along the quay front towards Rice Bridge from the Clock Tower and then on to the Wallace Millennium Plaza have huge potential.

The Covid lockdowns have shown us the real potential of this riverside walk. It is fairly prosaic at present, and the sea of tarmac exposed because cars are scarce underlines the need for public realm works. It would be hard to find a city with such a beautiful riverside location as Waterford which has stuffed it with cars to the same extent. Cars and car parks are necessary, but not in the volume on our quays.

Anyone who has ever been to Bordeaux will have seen a city with a location and river frontage very like Waterford. The French city is majestic and the buildings are very much grander than those in Waterford, but the layout is very similar. We forget that two French Huguenot mayors, Simon Vashon, father and son, were mayors of Waterford in the aftermath of the 1705 Grand Jury decision to demolish the city walls along the quays to make the Quay as we now know it. The buildings along the river frontage were laid out as a set piece, something rare in Irish town planning.

It would have to be said that the roofing of the Applemarket has been a limited success because the council has not grasped the nettle and closed it to traffic. When it is closed the area develops a terrific vibe, but there is nothing so demoralising as to sit in the Bodega or Geoff’s window and see people flying in cars up John Street to the Applemarket all in a hurry to get to the middle of Bunker’s Hill, which can be accessed more easily anyway by using the one-way system in The Manor. Sense will prevail eventually.

One of the most exciting projects will be the opening up of the backlands between Bailey’s New Street and the lane beside Jordan’s pub. All the property here was built on the lands of Greyfriars, that is, the old Franciscan Friary and after 1540 the Holy Ghost Hospital. The lane at Jordan’s is the historic “Landing place of the Friars Minor” (Franciscans were the Order of Friars Minor OFM). This will create another lovely space centred on the old workshop of Myles Kearney Glaziers. It could link across the quays to the Millennium Plaza, and further underscore the historic nature of the Viking Triangle.

Interesting to see beautiful signage on the Deanery building in Cathedral Square for the Irish Silver Museum. Heartbreaking that this wonderful museum has been unable to open because of Covid, as it is jaw-droppingly beautiful. You would not see its like in Paris.

The Millennium Plaza has come into its own during the lockdown as has the whole glass fronted riverside walk. The Plaza has been poorly maintained since it was built. It is not good enough to hear that maintenance will be tackled “this year”. This underlines the council’s perpetual problem with maintenance. Money arrives to do something nice. When issues arise, as when some of our new limestone paving subsided, the answer is black tarmacadam or its equivalent.

Waterford Council is making a huge effort to present the city as the natural regional capital and driver of regional prosperity. With that in mind the city should be spic and span and beautifully presented. That has not always been the case and sometimes the comparison with places like Clonmel, Kilkenny, Wexford and even Dungarvan has been unfavourable although the efforts over St Patrick’s Day (week) plus greening of various buildings and locations was magical and really praiseworthy. It showed what can be done.

The crux in reviving the city centre, which constantly emerges, is the area around City Square. It’s in a series of city blocks surrounded by Lady Lane, Arundel Square, High Street and Olaf Street. It was developed with the best of intentions between 1988 and 1993 as an inward looking centre with very little interaction with surrounding streets. It was built on Peter Street which was supposed to remain open 24/7. The then owners were allowed by the council to vary opening hours with the result that the whole block is closed at night.

The impact on the city centre has been traumatic although none will admit it. Had the centre been built as it is, without being roofed and gated, it would now be a very attractive Peter Street and Cooke Lane leading to Blackfriars. It’s ironic that we now have roofed the Applemarket and have a move to roof part of O’Connell Street to form enclosed spaces which are usable 24/7. Yet City Square is already roofed and already enclosed but it is closed at night. It makes no sense at all. It may yet happen that Debenhams will be reopened as a department store, but it is far more likely, with on line retail, that places like Debenhams will have to be repurposed as some other retail function. City Square is the real key to a revived historic city centre, it’s just that its owners and our council have not yet got around to seeing that.