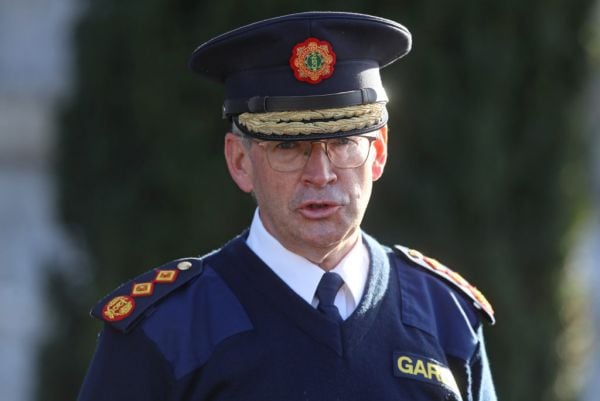 The Garda Commissioner Drew Harris has welcomed the Garda Inspectorate’s report on countering the threat of internal corruption within the force.

The commissioner said the report is “very useful and informative”, adding a number of measures are currently being implemented to combat corruption and enhance “public confidence and trust”.

The Minister for Justice, Helen McEntee said the report is a “positive contribution to ensuring the highest standards of integrity” and welcomed the establishment of a dedicated Anti-Corruption Unit which will help deliver on the recommendations of the report.

The Minister added the implementation plan for the recommendations will be developed by the autumn, in line with the Justice Plan 2021.

Our integrity as an organisation is not negotiable.

“There is no room in An Garda Síochána for anyone who engages in corruption and whose standards fall below what the public and I expect from Garda personnel,” Mr Harris said today.

“Our integrity as an organisation is not negotiable.

“Such measures also help keep people safe. It is an unfortunate reality that experience has shown us that a small number of Garda personnel have abused their position of trust for their own gain.

“These individuals put themselves before the needs of the communities we serve and their colleagues, and in doing so damage individuals and the reputation of An Garda Síochána,” he added.

Following the recommendations of the report, a number of measures will be introduced by the Gardaí to strengthen anti-corruption capabilities.

This includes the appointment of the Deputy Commissioner for Strategy, Governance and Performance as the Senior Police Leader with responsibility for governance and oversight of counter corruption practices and activities.

Four gardaí and nine garda staff will also be added to the Anti-Corruption Unit, established last November, which is currently headed up by a Chief Superintendent and two Detective Superintendents, supported by 23 gardaí across other ranks.

A Garda statement said it should also be noted that “not all the recommendations in the Garda Inspectorate report relate to An Garda Síochána”, adding the implementation of some recommendations would require legislative change and investment in ICT infrastructure.