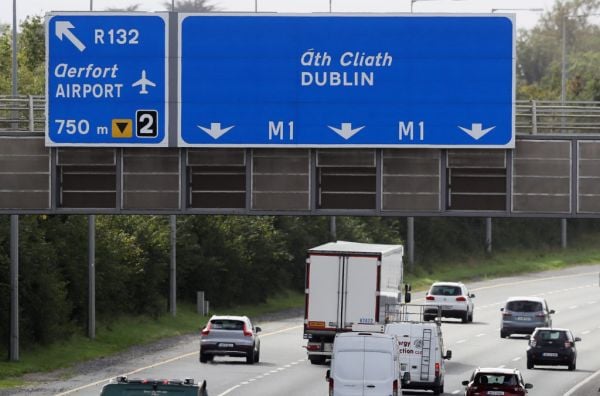 The impact of vaccination on Covid-19 case numbers is being offset by increased numbers of people moving around the country, according to the Minister for Health.

Stephen Donnelly told the Dáil that the work of the State’s vaccine rollout had been offset by more social interactions and movement.

The Minister said the number of vaccinations would increase significantly from April, with more than one million doses in total expected to have already arrived in the State by the end of March.

His comments came as an immunologist, Professor Luke O’Neill, warned the Government needs to be aware that pandemic fatigue has set in.

“In other words, people just get so fed up, they stop complying with the guidelines and ignore the public health measures and that gives rise to increased spread.

“So paradoxically, you can have an increase in spread because of the measures you’re taking to try and slow down spread.”

The Government is facing increasing calls to loosen restrictions, ahead of its review of the lockdown measures to be in place from April 5th.

Both the Taoiseach and Tánaiste came under pressure from party members at their parliamentary party meetings last night, as they faced calls to replace the national lockdown with localised restrictions.

The lifting of the 5km travel limit, a relaxation of rules on religious services and more certainty on when restrictions can be eased as vaccines supplies stabilise were also called for.

I think April will see a slight easing of some restrictions

The Higher Education Minister, Simon Harris, suggested this morning that the five-kilometre exercise limit could ease next month as it is “driving people absolutely bonkers at this stage.”

“I think April will see a slight easing of some restrictions, some,” Mr Harris said. “I think we have to look at how we can help people live with low-risk activity.”

A final decision on the five-kilometre limit, as well as on the construction sector and outdoor gatherings, is expected next week.

Ireland’s five-day moving average of new cases has increased by almost a fifth in the last week, from 481 on Thursday last week to a current 573.

With hospitalisations lagging behind case numbers, there were 310 people in public hospitals with Covid-19 last night, down from 366 on Sunday night, while 75 patients with the virus were in intensive care.