Beamish to return to Waterford this spring with play ‘Ghosting’ 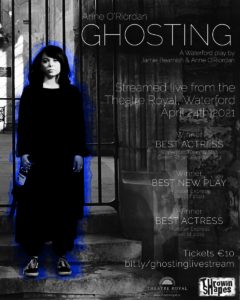 WATERFORD actor and Bridgerton star Jamie Beamish is returning to the Theatre Royal stage this spring with ‘Ghosting’.

In a social media post, Beamish said he was “dying to get back into theatre and it’s going to happen in style”.

The play, also starring Waterford native Anne O’Riordan, who has starred in the BBC’s ‘Call the Midwife’ and ‘Doctors’, is about a woman named Sí who was ‘ghosted’ by a man named Mark. Six years later, she wakes in the middle of the night to find him standing at the end of her bed in London.

Then she must face her demons and go back to the “last place on Earth she wants to be.” Waterford. Home.

The play was co- written by O’Riordan and Beamish.

The play will stream live from the Theatre Royal on April 24, at 8pm, and tickets are priced at €10.

The trailer and tickets are available on the website, at www.theatreroyal.ie

Cases consistently under 500 this week