Well Said: Éadaoin Carrick on the certainty of identity

ÉADAOIN Carrick tells me quite firmly, “I’m a blow-in”, when I first called her for this interview. Having been born in Dublin in 1971, there was never any notion of being anything other than what she affectionately terms, “a Dub, like my parents and my grandparents.” Yet, with four young children in tow, Éadaoin’s parents sold their house and moved to Cork in 1982, her Dad having accepted a job offer.
This was new territory and it involved more than just changing counties, it meant new schools, new friends, and eventually a new identity. “My siblings became very ‘Cork’,” said Éadaoin, “while I accepted a job offer in the civil service in Dublin at the age of 20 and I rapidly became very ‘Dub’ again.”
Adaptation came easily to a 20-year-old Éadaoin and she found that her accent was different in each respective county, and she was able to straddle that line for quite a few years. 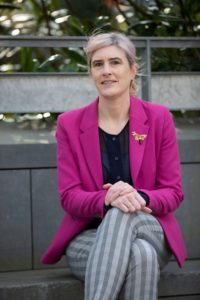 The pull of home

The biggest and most fortuitous change by far came two-fold, Éadaoin met her husband through work, and lived between Lucan and Clondalkin while raising a young family. Simultaneously, her parents made the last big move and they moved to Waterford having entered into a three-year partnership with Canon to open a photocopying business on the Quay. This became Cantec.
At that time, it was just her two parents working hard to make this dream a success. There is a saying that ‘Home is a feeling not a place’ and with that in mind, Éadaoin felt the pull of home too much to ignore. The Land Registry offices had moved to Waterford and this felt like a sign.

“We knew there would be better housing, small communities, school opportunities and my family were there. So with our two-and-a-half year old son, and our two-and-a-half-week old daughter, we packed up the truck and we left Dublin. I was 26 at the time and I felt invincible.”

Éadaoin spent almost 10 years in total in the civil service beginning in the Central Statistics Office before transferring to the role of programmer in Revenue. This led to a senior programmer/staff officer post and eventually Éadaoin worked in the Land Registry before her final post as executive officer in social welfare.

“I had great fun, I loved it, but with young children, it was becoming rapidly clear that childcare was prohibitively expensive and the hours I was working just didn’t suit the school day and the flexibility that I needed. I realised that I needed to take a risk, I needed to try something different so that I could work around the school hours and being a parent.”

The strength of family

With that decision firmly in mind, Éadaoin walked in the doors of Cantec, she walked right up to her Mum and asked for a part-time job. Éadaoin recalls how wide her Mum’s smile must have been at that time with her working world and her family world now firmly entwined.

“Within a year of them opening Cantec, my brother Greg came on board. He had graduated from UCC and it was only ever supposed to be for a year. He was actually signed up to a part-time contract with Munster Rugby. He trained in Waterpark with Ben Cronin and this was around the time that rugby was beginning to become professional. He double-jobbed for a while to suit the terms of that contract and he is by my side today in Cantec.” Éadaoin today holds the role of Operations Director in the company, while Greg is Managing Director.

From day one, although Éadaoin was hired in an administrative role, her father had her in the van completing installations for customers, demonstrating the products and working in the office. Without explicitly saying so, he was preparing them both for the day when they would need to know every aspect of the company. Throughout this time, and all through the formative years of Éadaoin and her siblings, the dual values of respect and conscientousness were instilled through example. This made a family business run in a very cohesive and seamless manner.

“I see this past year and I see increasing pressures and expectations on women. I know there are exceptions of course, but, culturally, it is still mothers who feel responsibility for homeschooling, and for their child’s care at home. Unfortunately, the past 12 months have seen women playing the role of worker, parent and teacher. When I look back at when my own children were young, the flexible working hours weren’t there for me and childcare was a barrier. It is still prohibitively expensive and we need government support so that this is not the case. The bulk of childcare historically falls to the mother and they take a jolt in their career as a result.”

These experiences and her strong views brought Éadaoin to Network Ireland, where she is now President of the Waterford branch. Despite admitting to a reluctance to get involved in women only groups, she attended an AIB training academy for women in business and her perspective changed. In that room, women spoke about things they would not if the room had a mixed attendance and the support felt different.

“Women are becoming more confident in business and personally. Yet, there is a real case of deeply embedded imposter syndrome when it comes to looking at and owning our own achievements. I believe this is something that has always been nurtured in our culture and so it’s difficult to change the tide but it is slowly changing.”

This imposter syndrome is something which returns every so often to visit Éadaoin’s thoughts, and she admits to having very low moments from time to time where, despite her achievements, she feels she could be doing more.

Yet, the garden offers a freedom and an escapism where Éadaoin can dig her fingers into the soil and work to bring life to a place where there was no life before. This desire to create creeps into her love of painting and photography, an appreciation of colour, vibrancy and life feeds into the happiness she takes from creating.

Coming full circle from one of four children in Dublin, Éadaoin proudly wears the triptych hats of Dublin, Cork and Waterford, bringing a splash of colour from each into the person she is now: daughter, sister, wife and mother. 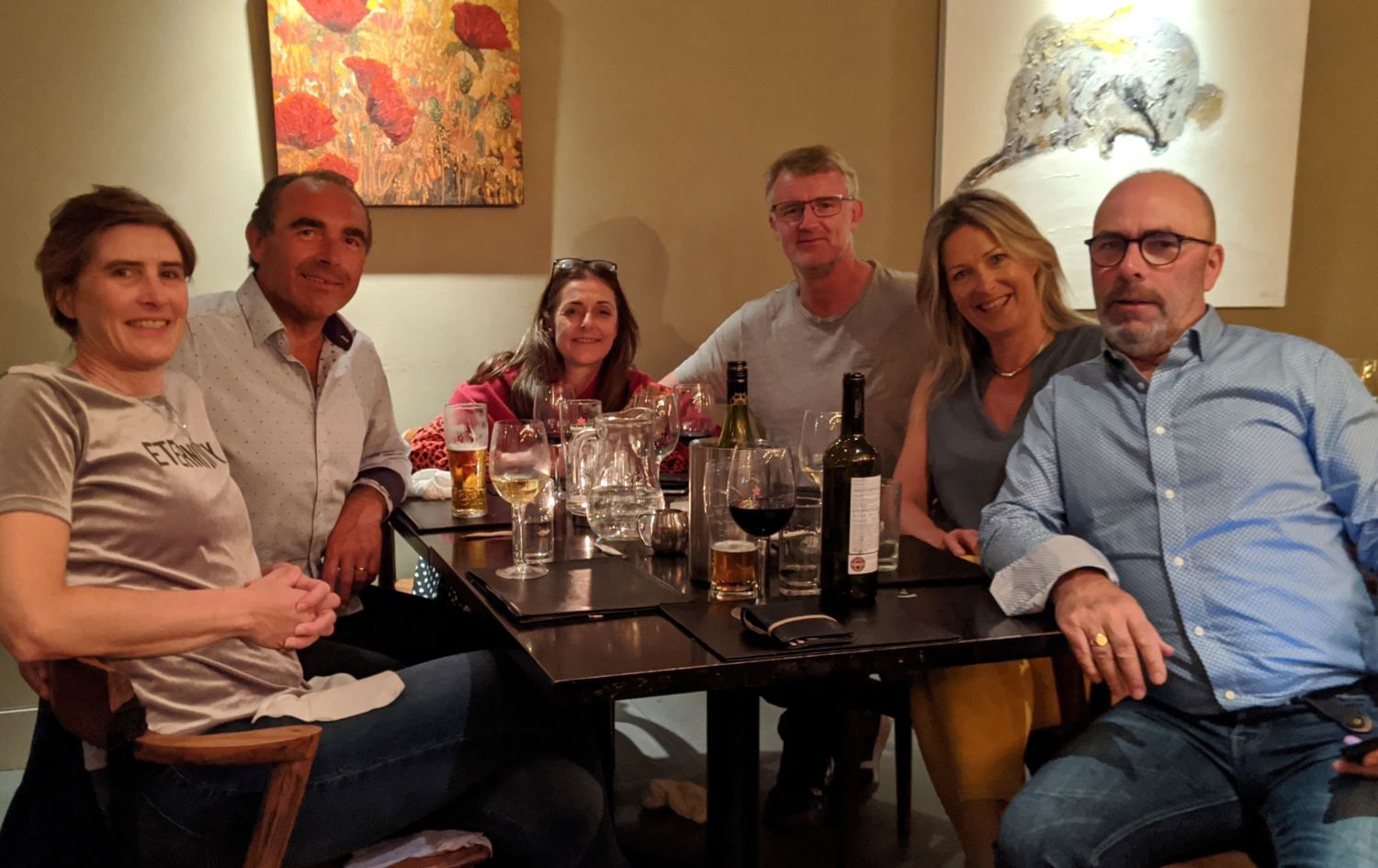