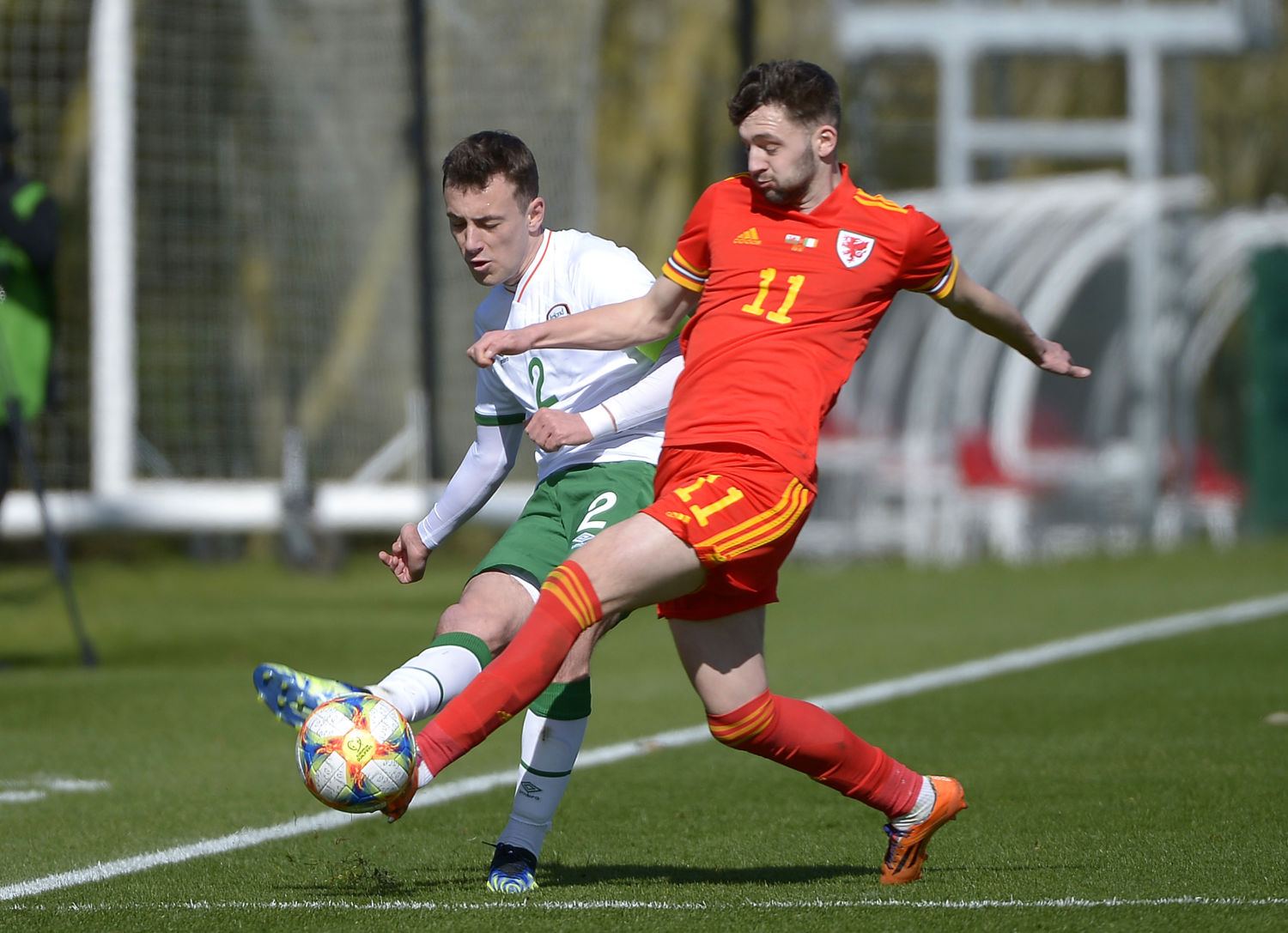 Waterford’s Lee O’Connor is challenged by Wales’ Joe Adams during their Under 21 International Friendly at Colliers Park in Wrexham on Friday last. Photos: INPHO/Andrew Dowling.

Waterford’s Lee O’Connor made a winning debut as captain of the Irish U-21s on Friday when they came from behind to beat Wales in Wrexham.

The ex Villa man who is currently on loan from Glasgow Celtic at Tranmere Rovers made a huge impact on Jim Crawford’s tam as they began their 2021 campaign in style.

It was the hosts who struck first in the 11th minute through Joe Adams. Niall Huggins received a wide cross-field ball, beat his man and squared it to Adams who finished first time.

Ireland composed themselves and looked to penetrate the Welsh defence but the home team remained difficult to breakdown.

An Alex Gilbert free-kick flashed across the goal but it was a half of few chances for the visitors and despite growing strong before the break, they went in trailing 0-1.

In the second half, Ireland came out on the front foot.

They had a glorious chance on 52 minutes when Watson put through Lee O’Connor but the captain couldn’t beat substitute Stevens in the Wales goal.

The game turned on its head in the 75th minute. Conor Noss weaved his way into the box and squared it to Afolabi to tap home from close range for a goal Ireland’s play deserved.

Two minutes later the game was turned around. Wales defender Morgan Boyes played the ball back to his own keeper but the ball carried and went in giving Ireland the lead.

Ireland went looking for a third. Grant and Will Ferry combined well down the left with Ferry squaring it to the Afolabi whose first time effort was left wide of the post.

Ethon Varian and Conor Grant then came on for their Under-21 debuts replacing Afolabi and Watson.

As the game drew to a close Ireland were able to soak up the pressure from Wales and saw the match out to record the win. 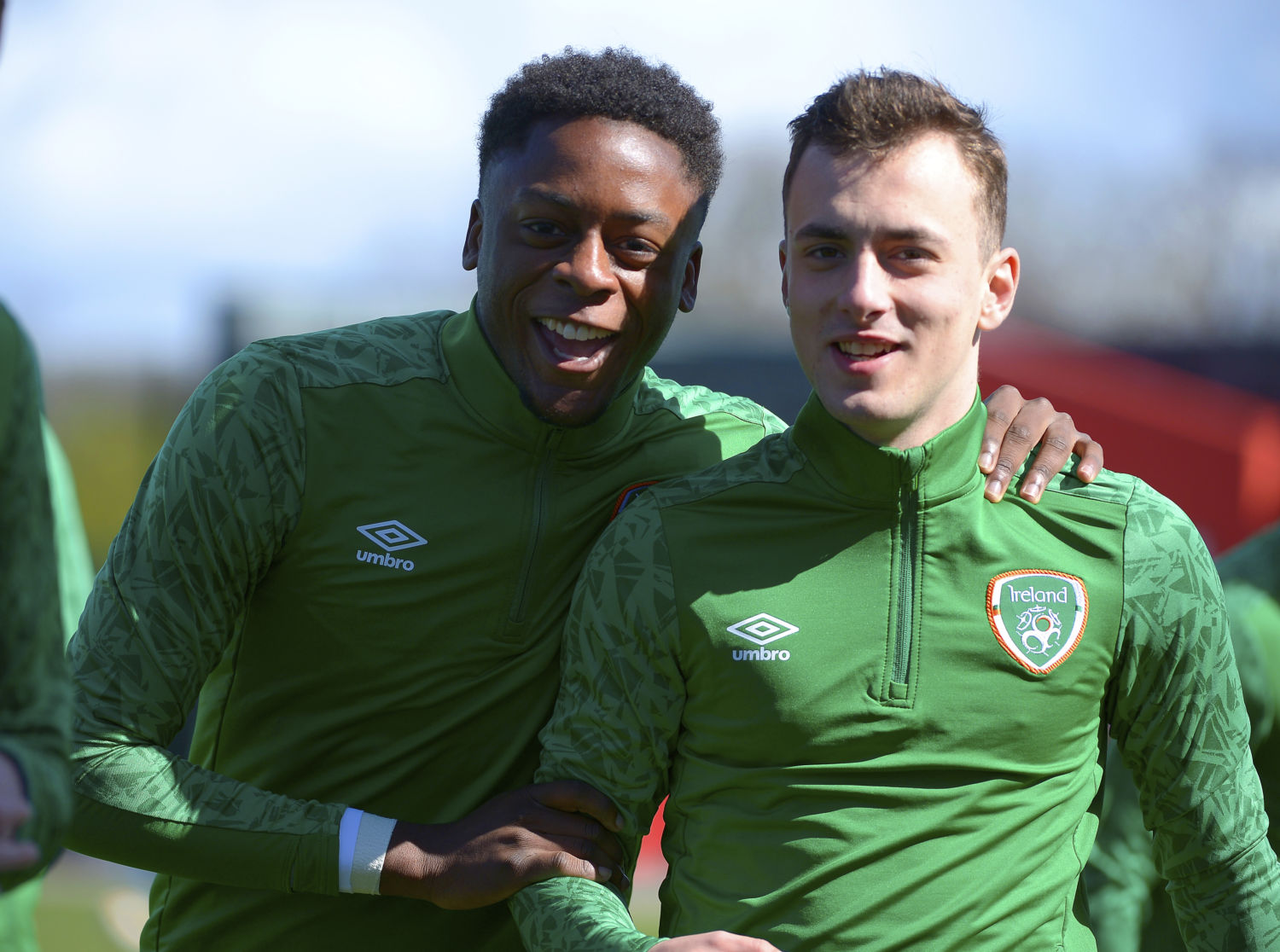 Ireland’s Jonathan Afolabi and captain Lee O’Connor during the warm-up for Friday’s game in Wrexham.

Speaking after the game Jim Crawford said: “I thought we were great in the second half. We were really positive and players weren’t afraid to get on the ball.

“We scored a decent goal to equalise and it was an unfortunate own goal for Wales but today was about seeing that the players could do it at this level and the players showed that.

“What a victory does is it builds confidence and it builds morale, the lads are extremely happy with the performance and so they should be, they should be proud. It sets us nicely for the June window.”

Crawford is joined on the U-21 coaching ticket by Waterford natives Alan Reynolds and John O’Shea. Reynolds was on crutches on the sideline in Wales after picking up an achillies injury at training on Wednesday. He will be assessed early this week to see if he needs surgery.

The Irish U-21s begin their European Championship qualifying campaign on September 3, away to Bosnia & Herzegovina. 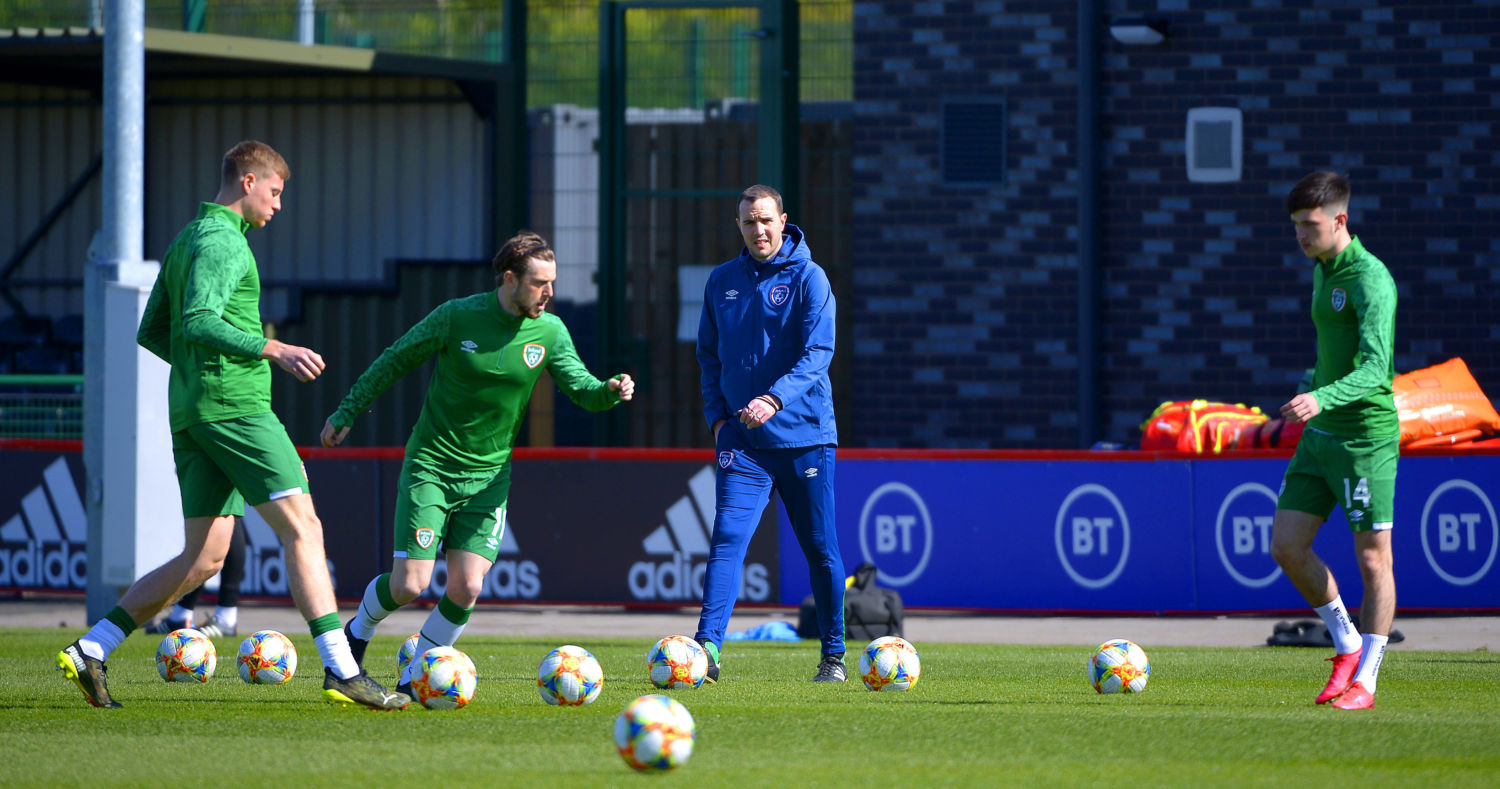 Ireland assistant coach John O’Shea before of the game in Wrexham on Friday.