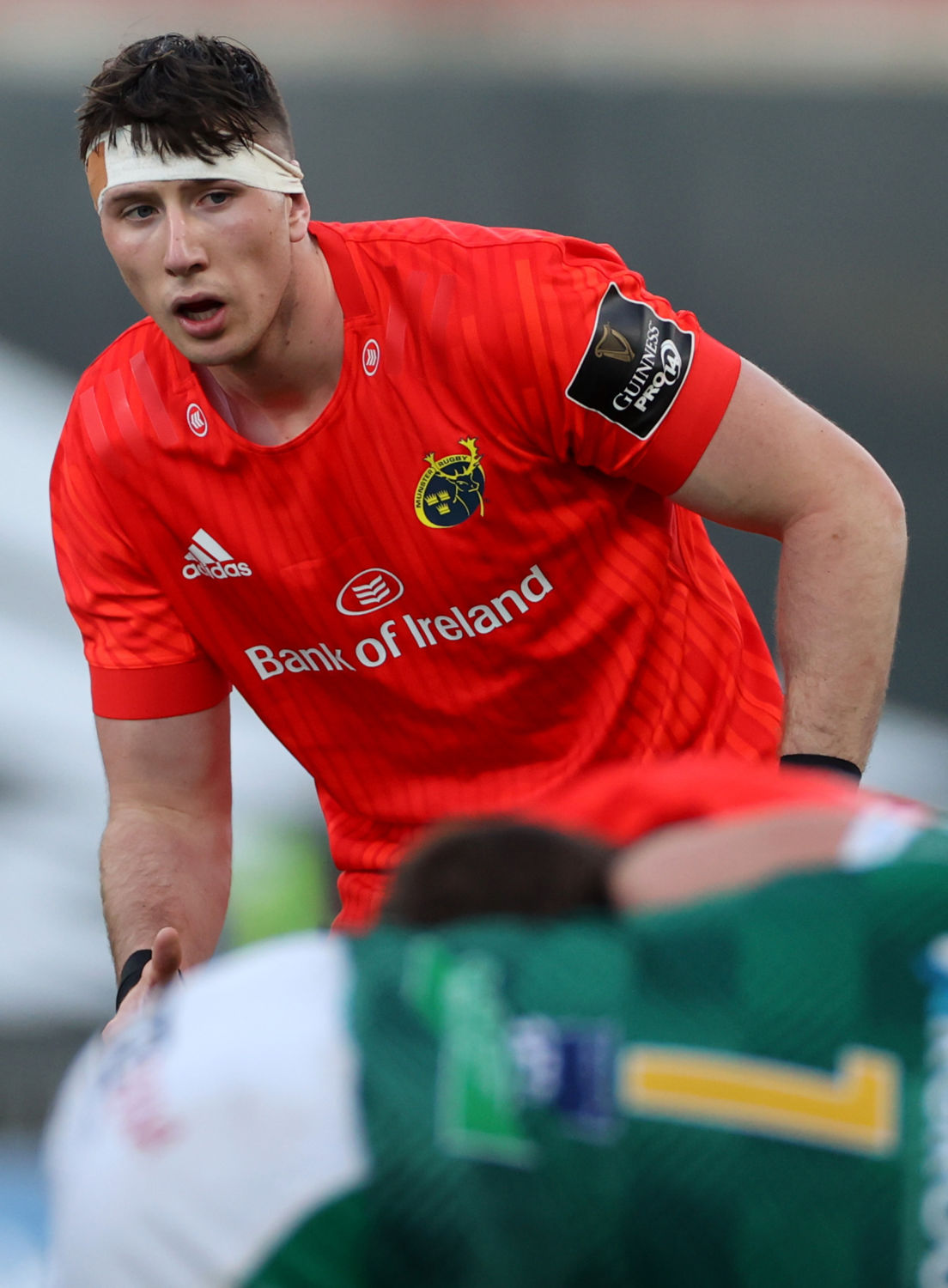 Ardmore’s Thomas Ahern in action for Munster versus Benetton Rugby in a recent PRO14 game in Thomond Park. Today he signed his first full contract with the province. Photo: Inpho.

There was great news for Ardmore’s Thomas Ahern (21) today as he signed his first two-year senior contract with Munster.

The West Waterford second row has made great strides this season with a number of appearances in the PRO14 and it comes as no surprise that he is one of four members of the Academy who have been added to the first team squad for next season. The others are Jack Daly, Josh Wycherley and Jack Crowley.

Following confirmation of CJ Stander’s upcoming retirement, Jason Jenkins will join the province ahead of the 2021/22 season on a one-year deal. The South African, who can play in the back or second row, is currently playing with Toyota Verblitz in the Japanese Top League.  Before that he represented his home club the Bulls over four years, lining out with current Munster player RG Snyman, and is widely recognised for his strong ball-carrying abilities.

Thomas Ahern made his senior debut against the Dragons in November. The product of Dungarvan RFC and Waterpark RFC played a standout role in Ireland’s U20 campaign last year. He scored his first senior try for the province in his first start against Zebre at the end of November. Ahern has made six appearances for Munster to date and most recently the 21-year-old lock, while paired with 20-year-old Cian Hurley, became Munster’s youngest starting second row combination in the professional era.