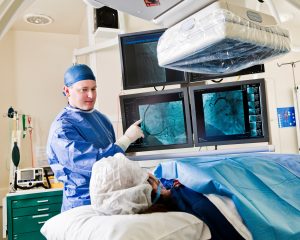 WATERFORDIANS and campaigners in our neighbouring counties exhaled in deep relief after the contract to build the second Cath Lab at University Hospital Waterford (UHW) was awarded to Tom O’Brien Construction last week.

With HSE Estates confirming that the contractor will be on site in the first week in May, the literal bricks and mortar to advance the case for 24/7 cardiac care in the South East will soon be in place. This announcement has been a long time coming – and that’s putting things mildly – but now is not the time to ease off in the pursuit of regional health equality.

Over the past decade, the cardiac care campaign has brought more people onto the streets of Waterford than any other issue. The campaign sought the support of the general public in Tipperary, Kilkenny and Wexford and physically extended itself beyond our county boundary to make the case for health equality.

A series of CPR demonstrations, sit-down protests and public speeches demonstrated the logic of delivering enhanced cardiology services. If cardiac care provision mattered in Kilmacthomas, then it equally mattered in Kilmoganny, Kilcash and Kilmore Quay. Why it took so long for this penny to drop with the HSE, irrespective of the realignment of hospital groups, remains a mystery. But progress has been made. More progress must be made and such goals will not be realised without cross-county boundary support from elected officials and the concerned public alike. We truly are better together. 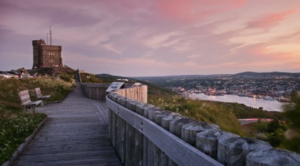 The prospect of strengthening bonds between Waterford and the Canadian province of Newfoundland and Labrador would make for a welcome post-pandemic development.

In this week’s ‘Well Said’ (see Page 51 of our print edition and online this Saturday), Dr Heidi Coombs, the current President of the Newfoundland and Labrador Historical Society, stressed how strong the transatlantic bond remains on the south shore of her homeland. The families who left Waterford over 300 years ago, by and large, did not venture too far inland once they reached the North American landmass.

This explains why so many towns and rural areas in Newfoundland to this day remain populated by men and women who sound like they’ve just left the South East, despite never setting foot in Ireland.

In addition to creating a Maritime Museum in Waterford, an enhanced presentation of our own Emigrant Trail, similar to that established in relation to the Kennedy family in New Ross and Dunganstown, would greatly enhance our tourist offering.

The ties binding Waterford and Saint Herblain have been curated and fostered over several decades. The city’s relationship with the Kenyan county of Kitiu, which formally and successfully endured between 1977 and 2000, remains of great significance in Kitiu, according to Irish development workers.

Given the linguistic, cultural and musical connections between Waterford and Newfoundland, the prospect of further academic synergies between the South East and universities in the Canadian province also carries a wholly valid appeal.

Bringing our historical relationship with Newfoundland onto a more formal footing feels like an open goal. Now all we’ve got to do is to stick the ball in the net and get on with it.