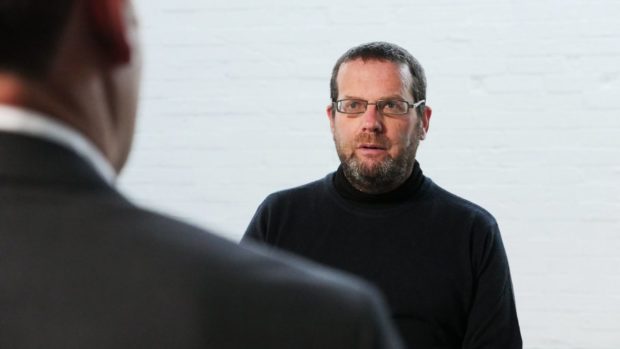 Shane Corr risked everything to expose wrongdoing in the Department of Health.

IRELAND is in a very worrying place right now. The economy, which was on shaky ground to begin with, has been rocked to its foundations by the Covid-19 pandemic.

There isn’t an economist in the country that knows what kind of position we’ll be in a year down the line. We can blame politicians all we want but I’ve always believed that the real architects of Ireland’s success or failures are the men and women working behind the scenes – the Secretary Generals and the powers that be behind the departments that control the various facets of our country.

Last week, on RTE’s excellent ‘Prime Time’ programme, we witness the rise of a hero by the name of Shane Corr. I can’t even begin to tell you how impressed I am by this man.

For years on this column, I have begged people working within the various powerful machines that control our world, from the HSE, to the various Departments of Government, and even the gambling industries, to come forward and tell their stories.

In order for these entities to be held accountable for their sometimes dubious behaviours, we need those on the inside to say “no more”. We need them to expose wrong doing wherever they see it. Sadly however, this rarely happens. Understandably, people put their livelihoods ahead of moral responsibilities.

The files were compiled without the consent or even knowledge of the children’s parents and were being used to aid the Department of Health’s legal strategy in the court cases.

Honestly, you can keep your Avengers and your Justice League, I’d happily watch four hours of Shane Corr telling us why he decided to say “enough is enough” and hold the machine that is the Department of Health and HSE to account.

Mr Corr did what he felt he was supposed to do in such circumstances – he followed the procedures set out in the Protected Disclosures Act and wrote a letter to the Secretary General of the Department outlining what he had discovered, hoping this would trigger the change he felt was necessary. A year passed and – this will come as a surprise to nobody – nothing happened.

With the silence ringing in Shane’s ears, he decided to contact Prime Time and of course that’s when the sh*t hit the fan.

Now, can you imagine for a second how many other people are complicit in information similar to what Shane found?

In this week’s lead story, I write about the appointment of Tom Boland, a man who has been making a good living from this Government, as Executive Director to TUSE.

He worked as the Chief Executive of the Higher Education Authority (HEA) from 2004 to 2016, the state body responsible for the funding of Irish universities, institutes of technology and other third level colleges.

After leaving that post, his consultancy firm BH Associates was paid to undertake a number of projects including a “Review of the Further Education and Training (FET) Strategy in Ireland”, a report making the “Case for Higher Education Provision in Kilkenny” and a review on the Munster Technological University application. They were also paid to provide analysis and identification of issues with respect to the merger between WIT and Carlow IT.

Mr Boland was appointed as the ‘independent person to accelerate plans for a Technological University’ on July 28 last.

This is an appointment that comes with a €1000 (plus expenses) a day salary but it was one that was made without adhering to the proper procurement processes.

An Irish Examiner article on March 18 revealed that more than €192m worth of State contracts were awarded without tendering in a 12-month period. The procurement process is in place for good and obvious reasons. It appears that it’s no longer a case of who you know, but what you know that gets you these Government jobs.

Tom Boland, who, based on his history of working with the Government, is someone who is well liked and respected by the powers that be.

He was hired without proper process being followed, which is just another example of the questionable behaviour that this Government seems to think it can get away with on a daily basis.