Blues off the mark with Derry win 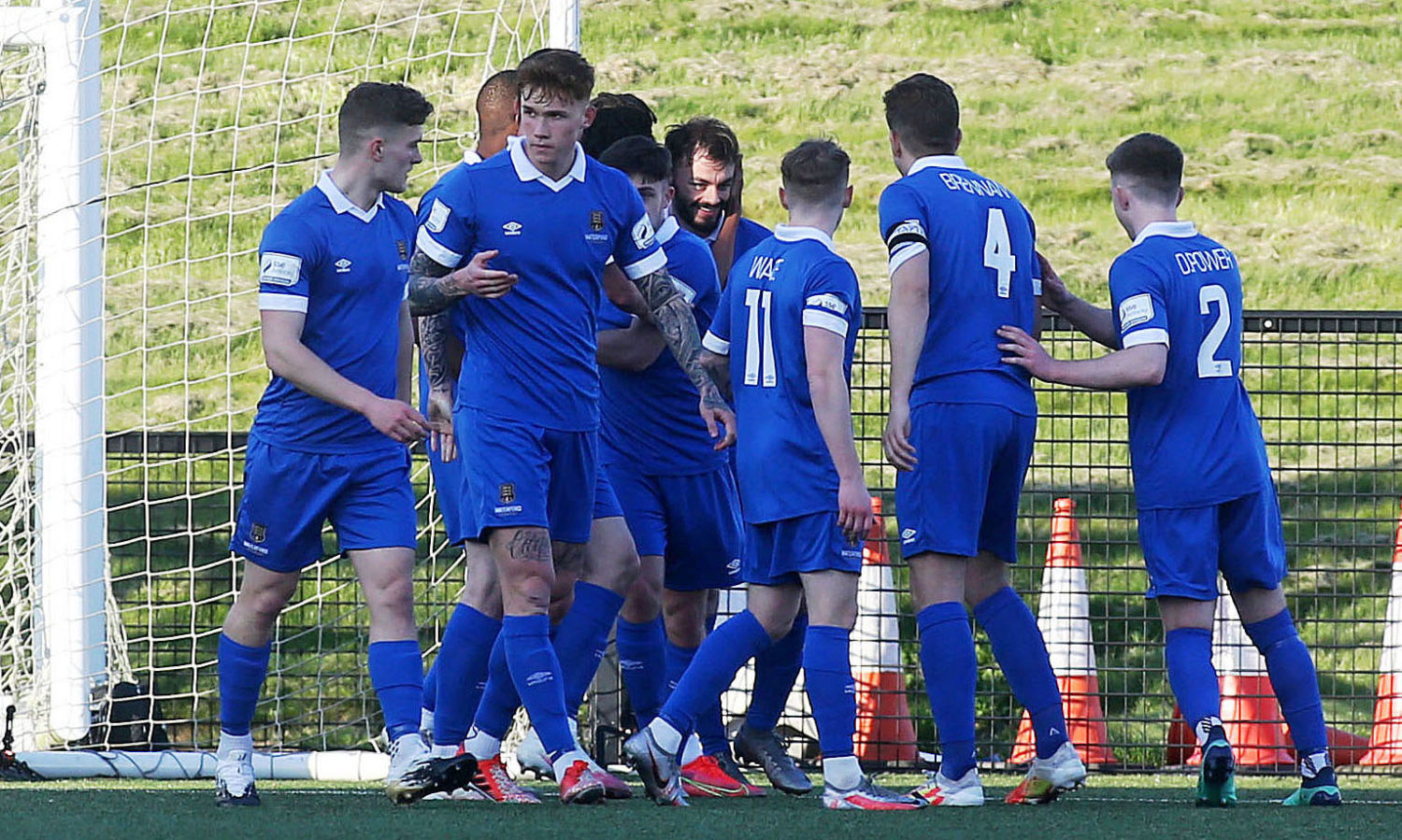 Oscar Brennan’s 50th minute rebound after his penalty was saved by Derry City keeper Nathan Gartside gave Waterford FC their first win of the SSE Airtricity Premier Division season after a spirited display from Kevin Sheedy’s side at the Ryan McBride Stadium this evening.

It was a result that the 4/1 outsider Blues battled hard for as they defended resolutely after having skipper Brennan sent off by referee Rob Harvey ten minutes from the end with the crossbar denying the home side an equalising goal five minutes from the finish.

A tentative opening saw very little in terms of goalscoring chances, but that was all to change when Waterford struck the front from a free kick on the half hour mark. The lively James Waite was fouled by Joe Thomson 25-yards from goal, and Shane Griffin’s resulting free kick gave keeper Gartside no chance whatsoever.

The Blues were dealt a knockout blow with the final action of the first-half when Kyle Ferguson was harshly penalised for a foul on Will Patching, and it was his delivery from the left that was finished deep inside the area by Cameron McJannet.

After former Blues player Will Fitzgerald should have put his side in front with a close-range header after a McJannet cross on 48 minutes, the Blues were in front three minutes later when keeper Nathan Gartside upended James Waite in the area, and although Oscar Brennan had his spot kick saved, he scored the rebound.

Adam O’Reilly nearly put through his own net only for Murphy to produce a top save on 54 minutes before Will Patching missed a golden chance to level midway through the half, but he blazed over the bar from 14 yards after taking a pass from Joe Malone.

Oscar Brennan received his second yellow card for a foul on Will Patching near the sideline on 80 minutes before the latter sent in a free kick from the left that picked out the run of Danny Lupano deep inside the area, but his close-range header came crashing back off the woodwork as the Blues held out for their first points of the season.