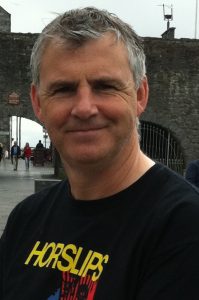 AS a youngster growing up in Dungarvan, one of my favourite things was my weekly trip to the library. It was scarcely a few minutes up the street from my house so I would be there on the dot of opening time, if not some minutes before hand, usually joined by some fellow enthusiastic readers.

We had that restless, impatient energy of the under 10s but dear Mrs Clancy, the librarian, was somewhat advanced in years. We had absolutely no regard for her age. Standing at the front door of the library we had a clear view of her from quite a distance shuffling towards us at what our nimble selves perceived as a deliberate snail’s pace and our merry little band silently willing her to for God’s sake hurry up! When she did eventually arrive there would be more precious seconds ticking by as the big clunky key was slowly placed in the lock and the door opened. Finally we were admitted to our version of Aladdin’s cave. A world of books awaited and it was a lovely way to spend an hour or so every Saturday.

A buddy of mine, who shall remain nameless to protect the guilty, once had the audacity to actually procure a book by stuffing it down his trousers and leaving the premises undetected by Mrs Clancy. Why was anyone stealing a book from the library when they were free to take and read, you might ask? Well, this particular book he intended to keep in his own collection. As an adult I’ve often wondered if he still has it. The secreted book was a beautiful hard back with a striking colourful front cover. The stolen book was one, which would go on to be one of my all time favourites, The Silver Chair by CS Lewis.

I was shown it at my friend’s house some time after the theft and became intrigued by the story. It was about a lost Prince in a magical land called Narnia, full of incredible talking creatures, giants and dangerous adventures. Shortly after that I bought my own copy in Roche’s Stores in Cork city on a day trip with The Friary Church choir. It wasn’t long before I discovered that this story was one of a series called the Chronicles of Narnia and naturally, I went on to read all seven books.

To my surprise later, I learned that the author was from Belfast and was responsible for quite a body of work. His best known creation is perhaps the regal Lion Aslan, the only character to appear in all seven of the Narnia adventures and is the true King of this amazing and enchanted land. Irish rock band Aslan is named after him. I became interested in the man behind the legend.

Clive Staples Lewis, known to his friends as Jack, was fascinated during his teens with the songs and stories of ancient Scandinavia. He would immerse himself in Norse and Greek mythology, and had a fondness for Irish mythology and literature too. He was quite taken with WB Yeats apparently and was a great admirer of his work.

At just 19, he experienced the horrors of war firsthand at the Battle of the Somme on the front line with the British Army, events that would have a lifelong affect on his character. Having also suffered the loss of his mother at an early age, he became rather cynical and was an avowed atheist despite being raised in a religious household in Belfast. He would later find faith again and moved in the same circles as J.R.R Tolkien, who would famously give the world the epic Lord of The Rings tales.

He enjoyed a very successful academic career and served on the English faculty at Oxford University where both he and his friend Tolkien were part of the Oxford literary group known as the Inklings. It was in 1950 that Lewis unveiled one of the most adored children’s stories ever invented. The Lion, the Witch and the Wardrobe was published and would be followed by Prince Caspian, The Voyage of the Dawn Treader, The Silver Chair, The Horse and His Boy, The Magician’s Nephew and The Last Battle. They were written over six years and such is their enduring appeal, they’ve sold over 100 million copies in 47 languages. 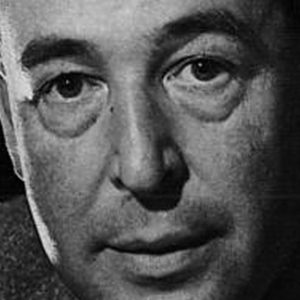 Lewis apparently wrote The Lion the Witch and the Wardrobe for his goddaughter, Lucy Barfield, daughter of Owen Barfield, Lewis’s good friend and teacher. It’s a magical tale of lonely children sent out of London to the countryside in war time for their safety and their fantastical escapades in a strange other world accessed via the back of an old wardrobe in the big house they had been sent to. There’s been a movie of the book made which is hardly surprising as these stories so belong on a big screen in all their glory.

A survey by the University of Worcester in 2012 found that it was the second most common book that UK adults had read as children, just behind Alice’s Adventures in Wonderland. It really is the most wonderful stuff and if you as an adult have not yet introduced your kids to the joy of Lewis’s Narnia tales, I heartily recommend you read them yourself too and remember what it was like when you were their age. Sometimes it’s just fantastic to rediscover something that maybe you thought you’d lost. There’s a warmth to the characters that pulls you in as you turn the pages and you just want so badly to be in this unbelievable place called Narnia. In The Silver Chair, our two intrepid heroes, Jill and Eustace, outcasts from a grim, horrible boarding school, find their way in to this other world via a supposedly locked door at the end of the school grounds as they were being chased by bullies.

What follows is a wild and marvellous adventure that will set your heart aglow.

I have such happy memories of reading this series of books and I hope they will go on being enjoyed by youngsters as I believe they are timeless and in these strange times a little fantasy is a wonderful escape. As CS Lewis himself put it, “If we find ourselves with a desire that nothing in this world can satisfy, the most probable explanation is that we were made for another world.”