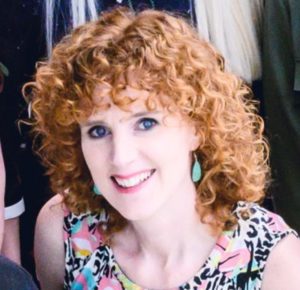 Dr Heidi Coombs, who has Waterford roots, is the current President of the Newfoundland and Labrador Historical Society.

“YOU look just like my cousin back home in St John’s,” a Newfoundlander told me when visiting Carrick-on-Suir back in 2012.

She was among a 56-strong travelling party who were visiting the land of their ancestors, the majority of whom left Ireland from within a 40-mile radius of Waterford over 300 years ago. “You even sound like him too,” she added, as we enjoyed a cup of tea in the Carraig Hotel.

The thing that resonates most from that cuppa was how much these Canadian-born men and women sounded like my neighbours in Portlaw, my friends from Carrick and the many people I’ve shot the breeze with along The Quay. I felt as if I was among my own. Indeed, from an ancestral perspective, that was precisely the case.

Thanks to Dr Heidi Coombs, the President of the Newfoundland and Labrador Historical Society, I was recently directed to a remarkable record assembled by Dr John Mannion, tracing Irish Migration and Settlement in Newfoundland between 1750 and 1850.

The record features 131 people named Keyes, Keys or Kay, the very first of which was John Keys, whose ‘New World Location’ was identified as Caplin Cove, St Michael’s. John, who originated from Clonmel, married Margaret Colbert – also from Clonmel – on August 13, 1814, over 2,000 miles from home.

My paternal grandparents were of Keyes and Strang stock, originally from Grangemockler and Kilcash respectively in South Tipperary. Prof Mannion’s research features 15 Strangs who made it to Newfoundland between the mid-18th and mid-19th centuries.

My own family history extends to one over-detailed A4 page, going back as far as 1832 on my Dad’s side, the year that Philip Strang, my Great-Great-Grandfather married his wife, Johanna.

Did a Strang in my family make it to Newfoundland? Growing up, this was neither discussed or suggested to me and given that the Strang plots in Kilcash run into the mid-teens, it would appear that few, if any, of my forbearers ventured beyond the slopes of Slievenamon.

Heidi, whom I spoke to via Zoom recently, has a concrete connection to Waterford through her Great-Great-Great Grandfather, Patrick Morrissey.

“He had two brothers, James and Richard, who also came over during the height of the Irish migration to Newfoundland, between 1780 and 1810,” she said.

“I’ve done a lot of genealogy research, attempting to establish my specific Irish roots but I’ve not been able to pinpoint if the Morrisseys came from either Waterford city or the county. I know that Patrick was living in Port de Grave in 1815 with a wife and three children; the family were indebted to a local merchant. They were driven out of Port de Grave (a peninsula on Conception Bay) during a period of sectarian tensions, having been accused of being Fenians. They resettled in North River, Conception Bay, which is where my Mom is from. My grandfather, Patrick Angus Morrissey, had the most incredible Irish brogue.”

Heidi, who is a Program Evaluation Specialist at the Memorial University of Newfoundland, has been interested in both history and her Waterford connection since her childhood.

“St John’s is still very Irish, while the southern shore is probably the most Irish part of the province,” she said, “and if you talk to people from the southern shore now, they sound like they’ve come straight from Ireland. Conception Bay North, where my Mom is from, is a more mixed area but she has an Irish lilt and when I went to university in Ontario, the people I met there told me I had an Irish lilt too – so that connection to Ireland is still a very significant part of our culture.” 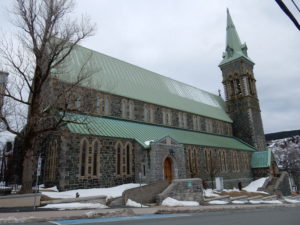 The retention of the original brogue on Newfoundland, whose time zone is three and half hours behind Greenwich Mean Time (unique in the North American context) is indicative of how utterly settled the Irish became there.

“The hard ‘r’ is very distinctive to us,” said Heidi. “But it’s interesting that the Irish language died out here and I’ve been trying to find out through my colleagues here as to why that happened. My best guess is that it came down to survival because the merchants were all English here – the Irish came over later than the English – so when it came to Port de Grave, the English already had the best fishing berths, the best land and so on. And when the Irish got there, they had a really hard time and that in turn led to sectarian tension, which led to my ancestors leaving but that also helped them to retain their accents more than those who stayed in that community. They ended up on better land and made a better future for themselves too, as other Irish families did in many smaller communities here. It’s an interesting and complicated history for sure.”

She continued: “The interest in history is in my blood. The great pity, when it comes to the migration from Waterford to Newfoundland via the English ships that left the West Country, is the lack of record keeping – my earliest Morrissey ancestry goes back to 1812 – but whether Patrick is from the city or the county is something I’ve not been able to find out. It may well have been simply a case of him going down to the dock when a merchant boat came in looking for fishermen and that he and his brothers got on board, came over and stayed… but the lack of specific records has complicated things for me.”

Heidi’s interest in ‘the old country’ has so far included a speedy 2o14 visit to Waterford city (via a wedding in Kinsale) but it’s clear that one trip wasn’t enough.

“Oh, I only scratched the surface,” she told me. “I’ve just got to get back to Waterford again. It’s something I’m really looking forward to.”