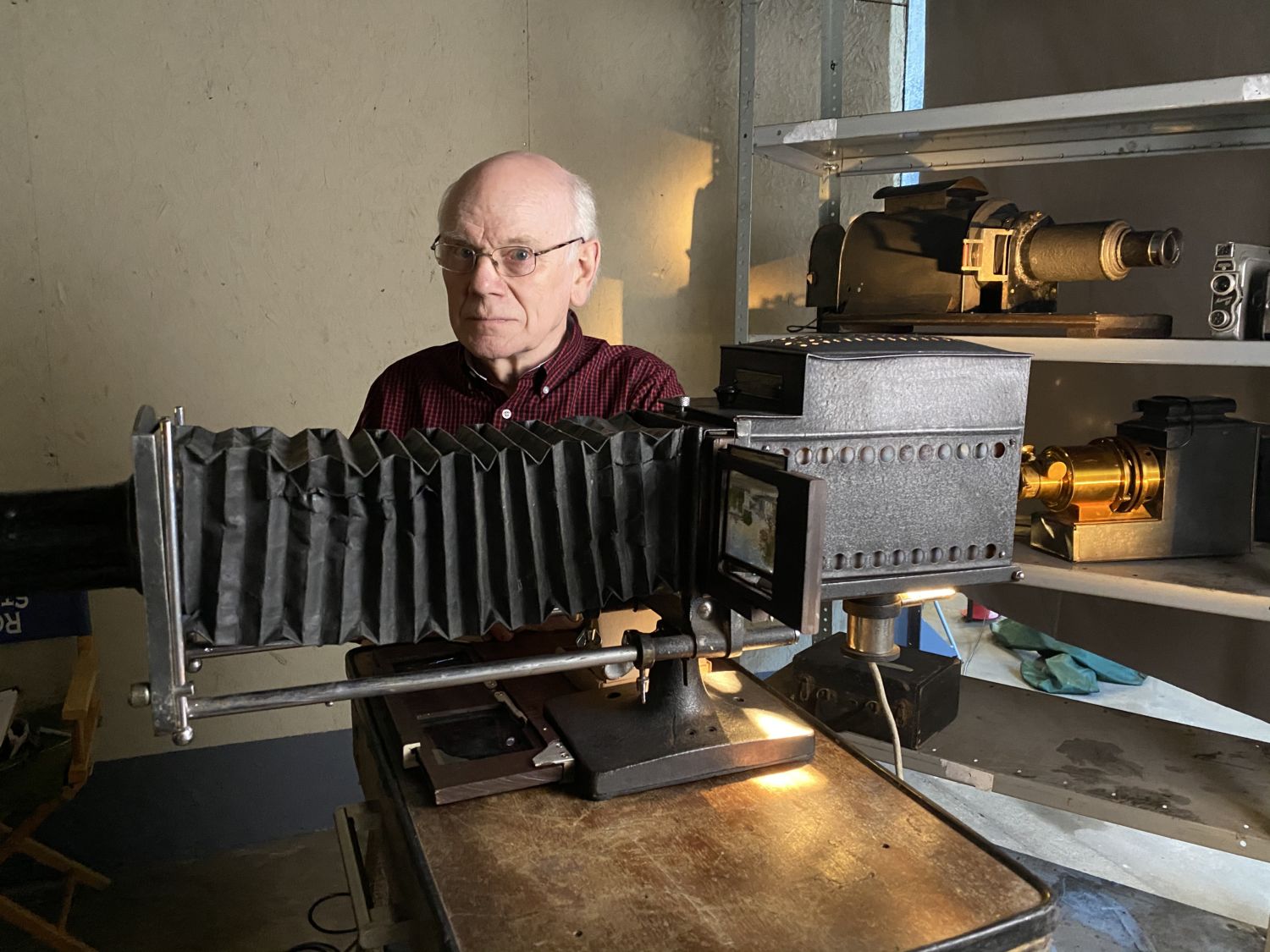 Andy Kelly, subject of the new documentary ‘Scannáin Bhaile Andy’, which will be broadcast on TG4 on Wednesday, April 7 at 8:30pm.

SISTERS RoseAnn and Catherine Foley, who originally lived beside where St Benildus’s Church in Newtown now stands before moving to Ring, have been producing top-class documentaries about the Déise for the last two decades.

In-depth documentaries created by their company An Corsaiceach, based in the Ring Gaeltacht, include films on the writer Molly Keane, the Waterford Blaa, the cinemas of Waterford, photographer Annie Brophy and the sinking of the SS Kincora. Their hour-long documentary on Val Doonican is so well-regarded that it is regularly shown on TG4.

Other documentaries include ballad singer and actor Tom Clancy, the story behind the cult classic film ‘Langrishe, Go Down’ (1978) and the legendary journalist and uncle Donal Foley, writer of the satirical 1970s Irish Times column, ‘Man Bites Dog’ (both Foley sisters also wrote for the Irish Times.

‘Since his teens Kelly has been collecting and cataloguing photographs, negatives, camera equipment and film. To date he has over 20,000 photographs and 15,000 feet of film in his collection’

Andrew Kelly, archivist and collector from Kilmacthomas in Co Waterford, is the focus of a new An Corsaiceach documentary for TG4. Over the past 50 years, Kelly has amassed a huge collection of valuable photographs and film. 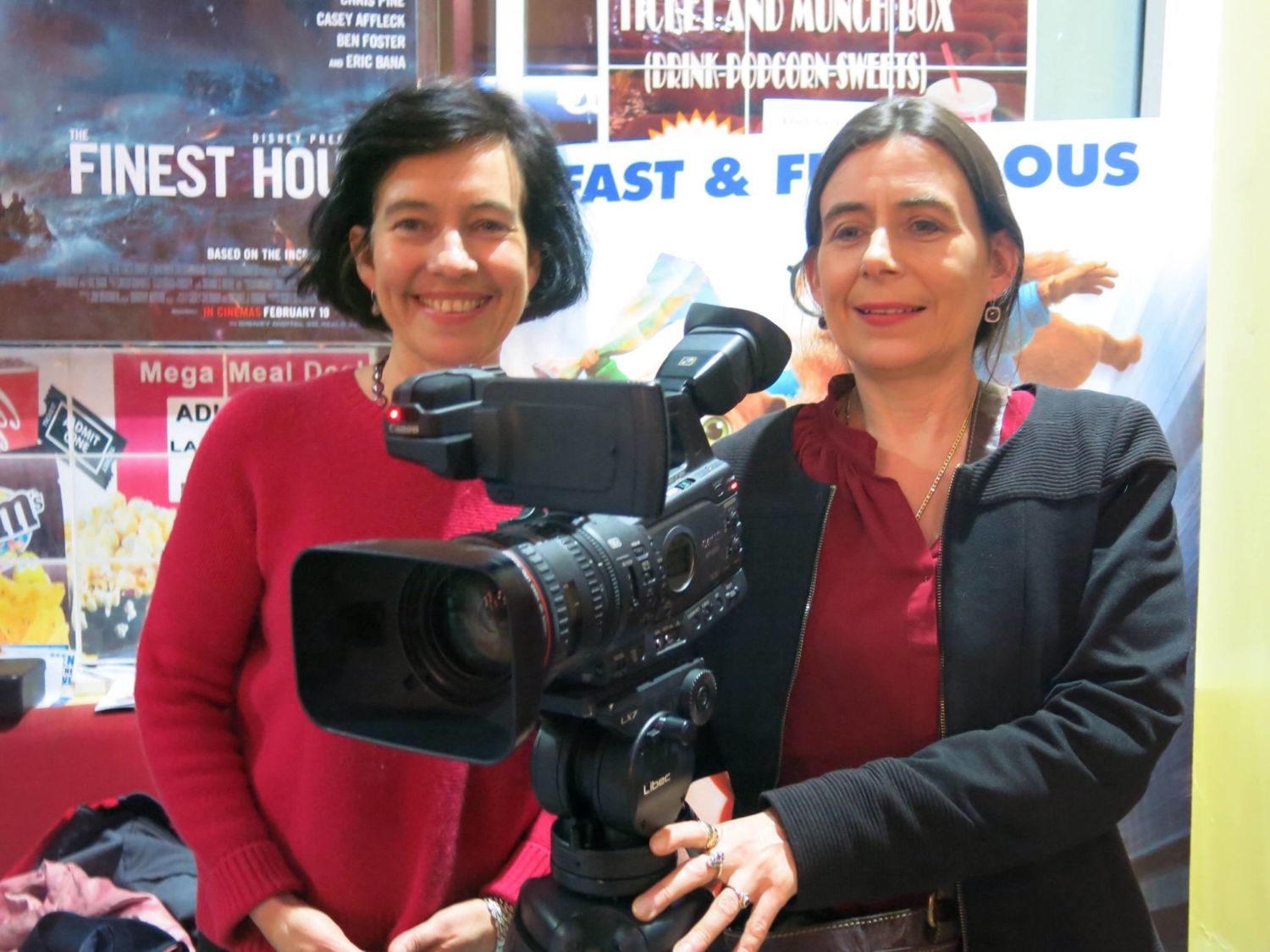 Catherine and RosAnn Foley at work on Scannain Andy Kelly that screens on Wednesday at 8.30pm on TG4.

Since his teens Kelly has been collecting and cataloguing photographs, negatives, camera equipment and film. To date he has over 20,000 photographs and 15,000 feet of film in his collection.

He has also rescued and restored old cameras, flat-bed glazers, lanterns, specialist equipment – all items once used in the creation of film and photography. He has created his own films also, chronicling events of historic and local significance. Andrew continues to preserve film and photographic work, which would be lost, had he not recognised their value.

Born in Kilgobnet in West Waterford in 1944, Kelly was only 10 when his mother gave him an old Box Brownie camera as a present. “The mirrors had fallen-out and I spent days trying to fix it and get it working. But I fixed it eventually and that was the start of my love for cameras, photographs and anything to do with film,” he explains.

The discarded box of negatives and flatbed glazers piqued his interest. It had been thrown aside and was about to be thrown out but Kelly saw value in the old dusty photographic plates.

“I asked the owner what they were going to do with the box and he said it was going to be taken to the dump,” he recalls. He got permission to take this home and he discovered that the box contained “amazing pictures from the turn of the last century” taken by the Brennan Family, in particular by Richard Edward Brennan, the dynamic post-master, who is famed for setting up the first cycling club in Europe.

Kelly’s collection today also contains historic and socially important photographic works by other individuals such as the late Frank Rolls, aka ‘Frank Snaps’, who photographed people in Waterford city and in Tramore especially in the 1950s and 1960s; and work by Robert Shorthall from New Ross, who dedicated his private life from 1932 to 1981 to capturing all the modes of transport then in use – trains, boats and barges. Kelly has also salvaged valuable images from the important family-run studio of AH Poole. 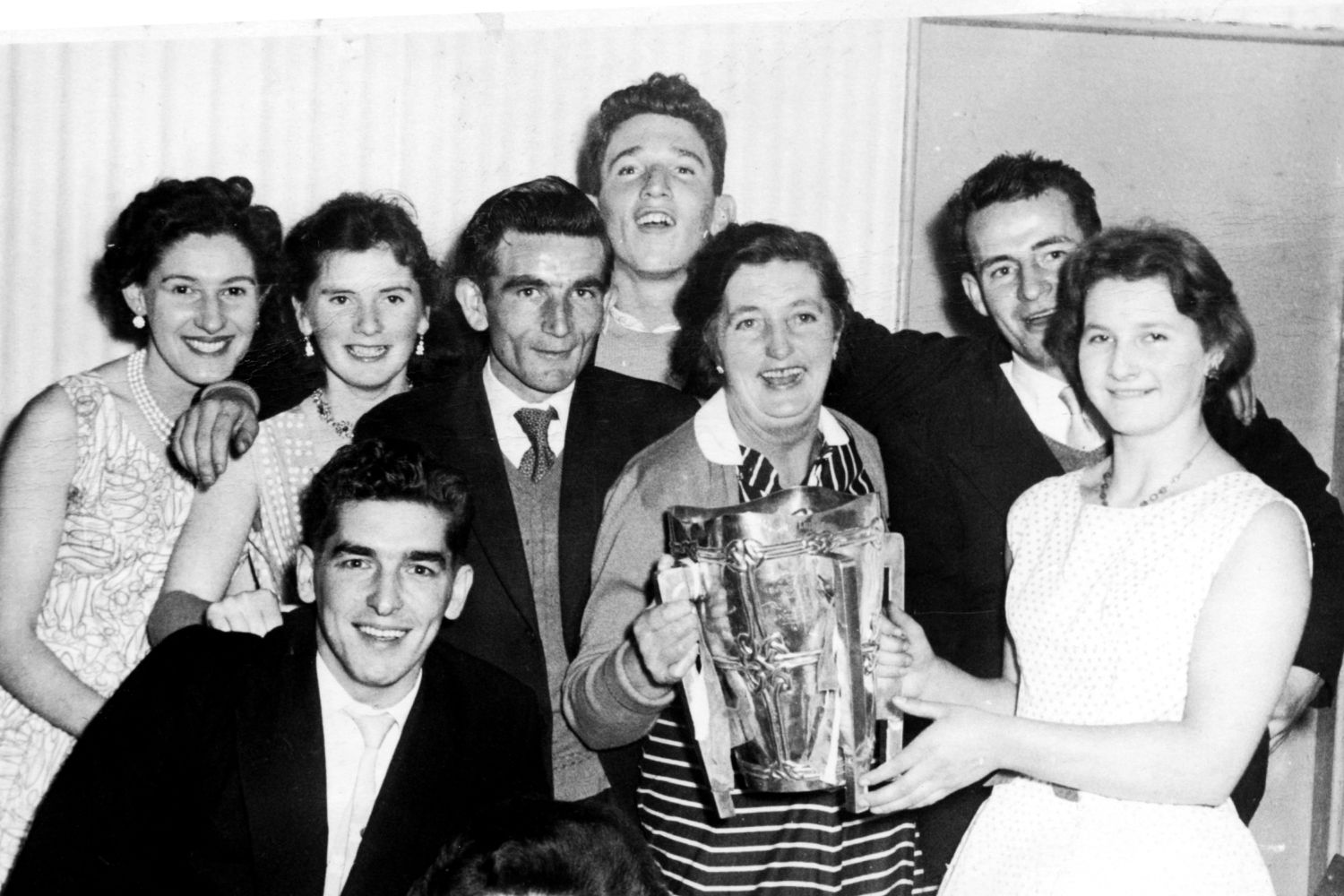 In this half-hour documentary, narrated by the writer Catherine Foley, Kelly recalls his involvement as projectionist with the Waterford Irish Film Group for over 20 years. He recalls their creation of ‘The Chase’, a film that features amateur actors playing their parts in a quirky story as well as valuable footage of Waterford streetscapes along with coastal shots of cliffs and coves on the Copper coast.

This new TG4 documentary was filmed under tight lock-down restrictions where Kelly is the sole participant and where he demonstrates some of the items he has collected over the years, all the while sharing his passion and love for his subject.

Kelly recalls how he captured footage of the Fleadh Cheoil in Ennis during the 1970s, and he talks about his impulse to capture the closure of Quigley Magnesite Factory in Ballinacourty in 1982 when the train made its final trip to the plant, shutting down after 12 years in operation with the loss of 140 jobs in the area, plus a further 57 in and around CIE.

RoseAnn tells me that “Scannáin Bhaile Andy (Andy’s Home Movies) is a treat for the eyes, a cornucopia of forgotten images from a magical land that would be lost and forgotten were it not for the tenacity and passion of Andy Kelly”.

Scannáin Bhaile Andy will be broadcast on TG4 this Wednesday, April 7 at 8:30 pm. Well worth the ticket!

View from the Green Room: At last – PEIG The Movie!