Win a pub, a takeaway, an apartment and £15k 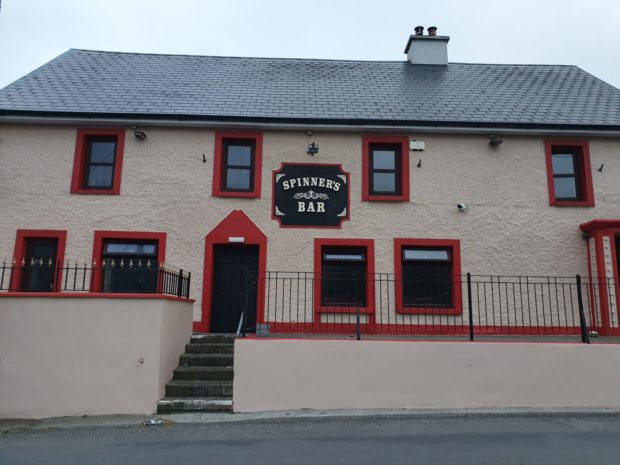 The pub up for grabs – Spinners Bar in Kilmacow.

FOLLOWING on from last year’s story of the Hennessy’s Road couple who raffled off their house, their car and a bundle of cash, another Waterford couple are going a step further and raffling off two businesses – a takeaway and a licensed pub – as well as a two bedroomed apartment and £15k.

Speaking to the Waterford News & Star this week, Sinead Coady and Seamus Hennessy, also well-known for their Waterford Taxis business in Railway Square, explained why they decided to raffle off some very priced assets.

“We had seen Rose and Colin’s raffle last year and how successful it was so we thought it might be worth a try,” Sinead said.

“Like everyone else in 2020 we guided ourselves through the endless lockdowns whilst worrying about staff and the Pub that hasn’t been open since last March. The takeaway thankfully traded as normal but it made us want to look beyond the situation we all found ourselves in.”

Seamus had received a cancer diagnoses before the pandemic hit and the couple made their minds up that when he won his fight, they would move onto something else, what that was, they didn’t yet know.

“The raffle idea was at the back of our minds so we got some financial and legal advice and decided to go for it,” Sinead said. “Our thinking was, we’ve had six great years so why not give someone else the chance to own their own business but without the usual risks and costs associated with a business start-up.” 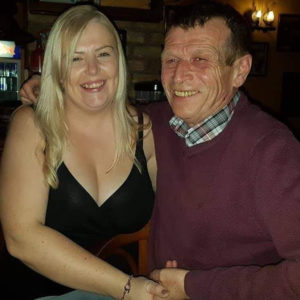 Sinead Coady and Seamus Hennessy who run Waterford Taxis but are raffling off their other business, a pub and a takeaway in Lower Kilmacow

Seamus thinks the raffle could end up being positive for everyone. “As we close a great chapter in our lives after making so many friends along the way, some lucky person will start a new chapter in theirs,” he said.

“We feel it’s a win/win all round as Solas Cancer Centre receives 10 per cent of all ticket sales. There’s a chance of winning this draw while supporting a charity that provides such wonderful services.”

The pub that’s up for grabs is the wonderful Spinner’s Bar in Lower Kilmacow, just 15 mins from Waterford City. The takeaway is situated next door with the living accommodation upstairs. The pub features a main front bar area with a wood fired stove and two large TVs, a darts room with two boards, a pool room and a function room.

There is also a middle floor that has room for a three-bedroom development, which is currently stripped back and ready to work on as the couple had planned to redevelop this for themselves. To top it off, there’s £15,000 in prize money if you wanted to stock up in preparation for the end of lockdown.

Tickets for the raffle are £20 and there will be a total of 40,000 tickets going on sale. You can enter via the competition Facebook page which can be found at
www.facebook.com/PrizePubTakeawayIreland/