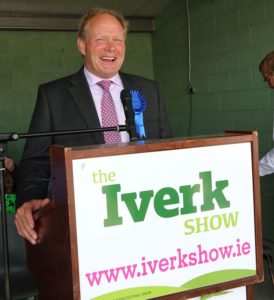 THIS year’s Iverk Show, the oldest such agricultural event in the country which was due to be held on August 28, has been postponed until 2022.

The news, which broke today, was based on Covid-19 recommendations from the Government, the HSE and the Irish Shows Association, the show’s committee declared.

The show’s hard-working committee, led by President Jack Kearns and Chairperson Robert Dowley, have spoken of their “bitter disappointment” at postponing the event for the second successive year.

The next edition of the show is now scheduled to be held at the Piltown Showgrounds on Saturday, August 27, 2022.