Easter Diary From A Social Distance 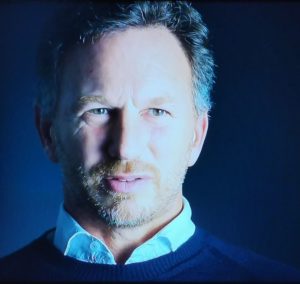 Christian Horner is arguably the most compelling contributor to the superb ‘Formula 1: Drive To Survive’ documentary series on Netflix.

Monday, March 29, 11:50pm: After a pretty straightforward deadline day, having stepped into the Editor’s seat for today and the week ahead, I kick back in my Granny Keyes’s armchair to take in a few more episodes of ‘Formula 1: Drive to Survive’ on Netflix. Having sat through the entirety of yesterday’s season opening race in Bahrain, the first time I’d watched a full F1 race for years, boy did I pick a cracker as seven-time champion Lewis Hamilton pipped his rival Max Verstappen to victory. One can only hope it’s a precursor for a ding-dong battle for the Drivers’ Championship this year, something rarer than hen’s teeth during Hamilton’s ongoing dominance.

‘Drive to Survive’, even allowing for the post-race commentary clearly scripted to heighten the drama levels, makes for superb viewing, irrespective of your knowledge levels when it comes to the sport. Red Bull boss Christian Horner brings a universal James Bond quality to the show: his persona fits not only 007 himself but that of a charming but calculating Bond villain. The old maxim about a pat on the back being only a few inches away from a kick in the arse readily applies to Horner, whom, on balance, comes across as both utterly amiable yet completely ruthless.

Tuesday, March 30, 12:35pm: I make the short, socially distanced trip to University Hospital Waterford (UHW) where members of the hospital’s Maternity Services team have planted a Downy Birch tree as “a symbol of our long-term commitment to working towards creating a better environment for our future generations”. Staff photographer Joe Evans pops along to take a few shots for a piece for next Tuesday’s edition and it’s a real pleasure to be safely in the company of people outside of my ongoing Covid bubble.

We’re all social animals. We’re not designed to be in the spare room doing our office work, away from people we’re accustomed to working with, people whose company I’m fortunate to say I genuinely enjoy being around. While I’ve long held the view that reporters prior to Covid spent far too much time at their desks, I am looking forward to returning to my mid-office perch overlooking the Suir, the North Quays and Ferrybank. I’ll go and buy a few papers at Ardkeen Stores before I get home and start thinking about next week’s edition, which I’ll be editing. 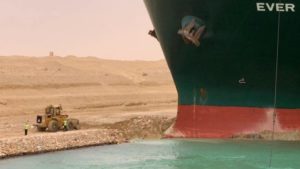 Wednesday, March 31, 11:17am: A page 8, Guardian-syndicated story in The Irish Times details the week-long drama which made canal experts out of a great many of us. “In the end the difference was made by two high-powered tugboats and a force even greater: a tide that swelled to its highest point in months with the full moon, and then powerfully ebbed, helping to free the Ever Given.” I didn’t know until this week that the Canal had been closed for eight years between 1967 – the beginning of the Six Day War – and 1975. The ‘crisis’ written and broadcasted of since the Ever Given’s inability to make a three-point turn gained global attention made little reference to the Canal’s astoundingly long closure over half a century ago. The temptation to make everything that happens in the here and now either the ‘best or worst of all time’ is a further reminder that the most considered accounts of the world we currently inhabit will not be written for a few decades yet. And it most certainly won’t be written on Twitter or Facebook. By the way, I know I’ll end up watching Ireland playing Qatar in their international soccer friendly tonight. No matter how bad things get, I’ll never give up on them. Ever.

Thursday, April 1, 7:35pm: I log onto The Washington Post, where a short Associated Press report on the Holy Thursday service held at Notre Dame de Paris catches my eye. “The ceremony involved a foot-washing ritual that symbolizes Jesus’ willingness to serve. Six worshippers were chosen for the foot washing, a diverse group including medical staff, the needy and some people who are set to be baptized this Easter.” The reconstruction of the 850-year cathedral, according to Notre Dame Rector Patrick Chauvet, will take between 15 and 20 years, considerably longer than the five-year restoration deadline French President Emmanuel Macron had trumpeted. Such a re-opening would have coincided with the 2024 Olympic Games which Paris will host. But in all likelihood, it will be several French Presidents from now before the cathedral is restored to how it looked prior to the fire which ravaged it on April 15, 2019. Aged 23, I sat under a nearby bridge and marvelled at Notre Dame in the afternoon rain. A sizeable queue that day and my lack of patience meant I didn’t cross its threshold. I may not get the chance to mark off that oversight until my 60s beckon.

Home affairs are dominated by several Dublin Gaelic footballers having a training session in contravention of the current restrictions. For all the quibbles we all might have about the restrictions, no-one in the All-Ireland champions’ camp can claim ignorance on this front. Yes, there are bigger stories out there but the impact of the country’s marquee team flouting the ongoing restrictions is undoubtedly newsworthy. 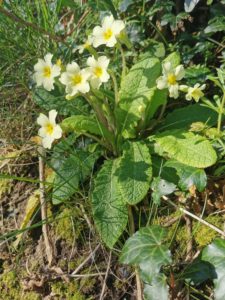 The primroses which delightfully dot the Bishopscourt Road have become a daily highlight.

Good Friday, April 2, 7:47am: I’m out for my first walk of the day a little earlier than usual, conscious of the additional pages I need to get filed, edited and proofed today. The sky is grey, there’s a fresh breeze blowing and it’s just Buddy, Zippy and myself who are out on a road I’ve come to know better than any script I’ve ever been handed over the past 25 years. The primroses along the road serve to somewhat distract me from the two bags of rubbish which appear to have been surgically implanted into the ditch in recent weeks. Prior to the lockdown, I don’t really think I’d ever derived genuine pleasure from flowers but between these little lemony splashes and the tulips we planted in our garden last spring, something has definitely changed in me. And it’s definitely been a change for the better. It’s a feeling I’m very glad of and decidedly grateful for.

I’ve never really been huge on poetry either, but ‘Spring: A Folio Anthology’, a bonus book I received with a recent order from The Folio Society has become a welcome addition to my shelf. The following words (from ‘Lyrics from the Chinese’ translated by Helen Waddell), sing off its 57th page to me: “Peach blossom after rain is deeper red; The willow fresher green, Twittering overhead; And fallen petals lie wind-blown, Unswept upon the courtyard stone.” How beautiful is that?

Saturday, April 3, 10:27am: The Bishopscourt Road, the country lane directly behind where we live, has plenty of pedestrians, cyclists and joggers on it as I take Buddy and Zippy for their morning walk. Over the past 13 months, I’ve regularly met several locals and enjoyed thoroughly comfortable conversations that have generally revolved around dogs, the weather, how we’re getting on during the lockdown and the excessive speed of some motorists on this narrow strip of uneven tarmac. I even met a local dairy farmer whose uncle (and fellow farmer) went on a life-altering trip with me to South Africa 16 years ago. Talk about a small world! There’s great comfort in such company, even if it is only for a few minutes every day. Those few minutes have come to matter a great deal more than I could ever have imagined. 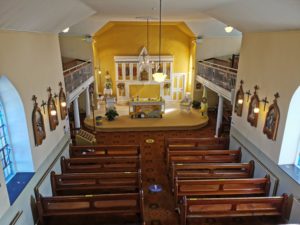 A different type of Easter Sunday in Butlerstown – and everywhere else in the Republic.

Easter Sunday, April 4, 10:42am: I’m among the handful of people who attend Easter Sunday Mass by virtue of singing at Butlerstown’s Church of the Nativity of the Blessed Virgin Mary this morning, accompanied by herself on the keyboard. Hymns appropriate for the day are sung and played for parishioners watching the livestream, including ‘The Old Rugged Cross’, a song recorded by luminaries including Elvis Presley, Loretta Lynn, Merle Haggard and Al Green. A long-time favourite hymn of both my parents, I sang it today especially for them.

April 4, 11:21pm: Having completed my 59th run of the year, I’m showered and sat with my laptop on, well, my lap, would you believe, putting this piece together. The fire is low in the grille but remains invitingly warm while comedian and ex-teacher Greg Davies is doing his thing on Sky One. I and thousands more are so glad he packed in his career in education to stand in front of an audience and say the sort of things most of us might only share with a few friends after several pints. If you’ve not yet seen the story he shared with Graham Norton in the company of Russell Crowe and Ryan Gosling, do yourself a favour and YouTube it. The man is a Seanchaí of our times. One other thing strikes me as I drink my final cup of tea on this particular day: might Butlerstown’s Catholic Church have the longest official name in Waterford? 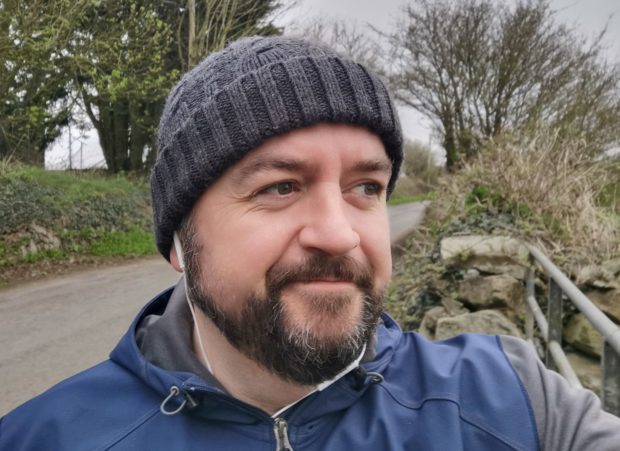 I’ve come to know the Bishopscourt Road incredibly well over the past year.