Blow for Blues as Kavangh ruled out 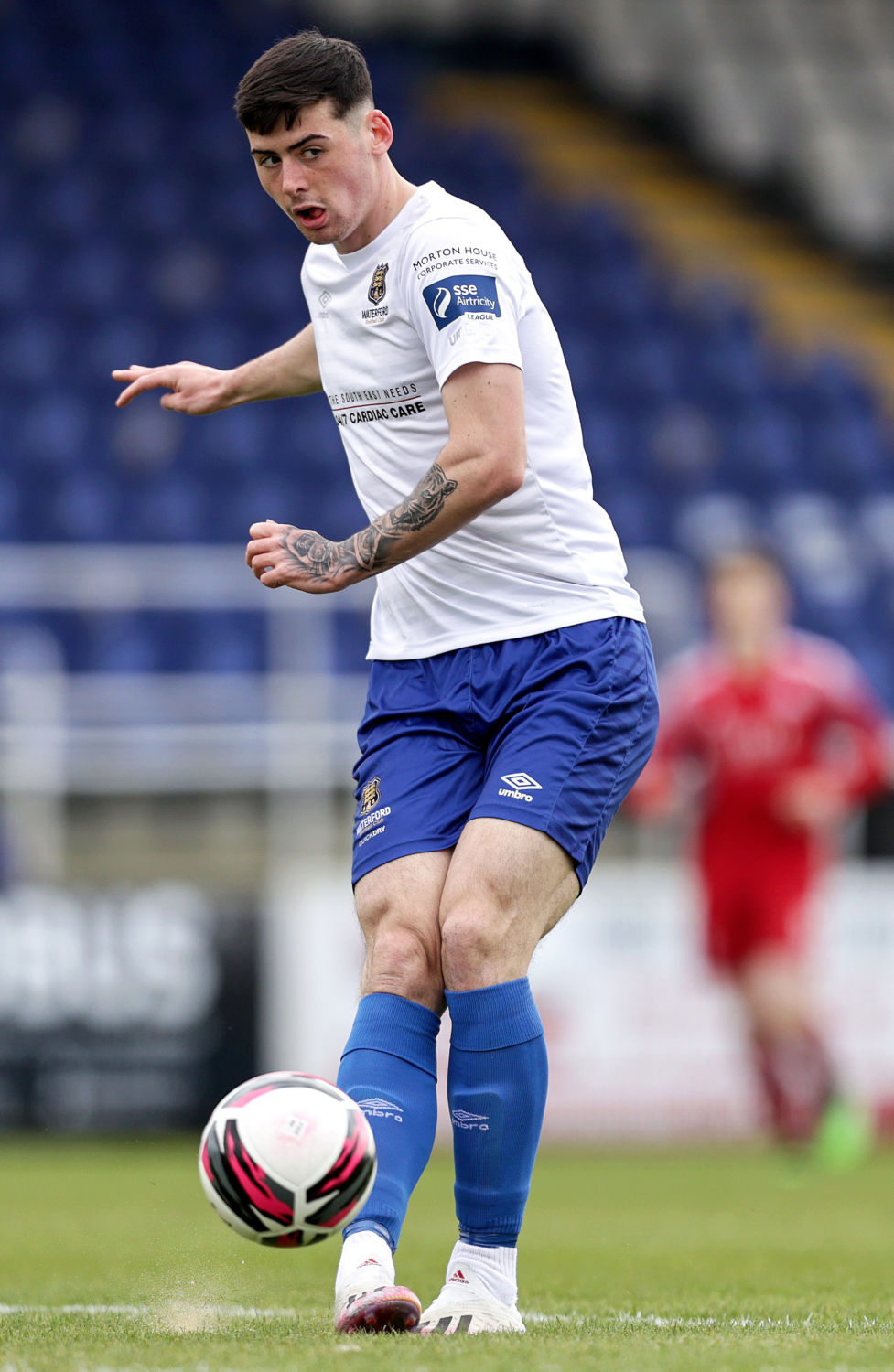 Waterford FC striker, Cian Kavanagh, is out of action for the foreseeable future. Photo: Inpho.

Waterford FC manager Kevin Sheedy has been dealt a massive blow ahead of Saturday’s SSE Airtricity Premier Division trip to Finn Harps with the news that centre forward Cian Kavanagh is set for a spell on the sidelines after fracturing his right wrist in the Blues’ 2-1 win over Derry City.

Kavanagh was ruled out of the season opener against Drogheda United after he wasn’t registered in time for the fixture, went onto score his first goal for the Blues in the 2-1 loss to Sligo Rovers before coming off ten minutes into the second half last Saturday.
Kavanagh, who signed a two-year deal with Waterford after spending four years in Scotland with both Hearts and Cowdenbeath, suffered the injury in the first half of the contest at the Brandywell before he left the fray on 55 minutes to be replaced by Daryl Murphy.

The former St. Patrick’s Athletic player appeared at the start of the second half with his right-wrist strapped in bandage, and after undergoing further assessment to the injury over the Easter bank holiday weekend, it’s believed that his worst fears were confirmed and that he’ll have to undergo an operation.
Sheedy will now be hoping that Daryl Murphy will be fit enough to start in the game in Ballybofey as the Blues try to end an eight-year hoodoo of not winning at the Donegal venue, but he’ll also be hoping that Kavanagh’s operation will be a success, and that he won’t be out of action for too long.