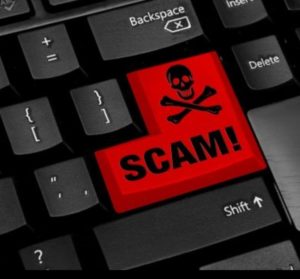 increased reports of telephone fraud across the city and county.

In a statement issued this afternoon, a Garda spokesperson said the force is receiving “an ever-increasing number of complaints in relation to fraudulent and illegal scams. The scams can come in the form of texts, emails, telephone calls to your mobile or landline or even through social media”.

Such contacts can be “difficult to spot as the correspondence claims to come from a reputable organisation such as your bank, card issuer or even a government department such as Revenue. The message can appear within a genuine thread of text messages that you may have received from a legitimate organisation.”

Gardaí are asking the public to make vulnerable friends and neighbours aware of such communications.  “The worldwide nature of these scams which are designed to steal money from unsuspecting parties means that they are particularly difficult to investigate,” the spokesperson noted.

So what should the public do to avoid falling victim to such scams?

* Never click on the link of an unsolicited text;

* Remember that banks would never request a customer return a card to the bank in such circumstances;

* Be very wary of cold calls – just because the number looks Irish does not mean it is – fraudsters use Voice Over Internet Protocol (VoIP) numbers;