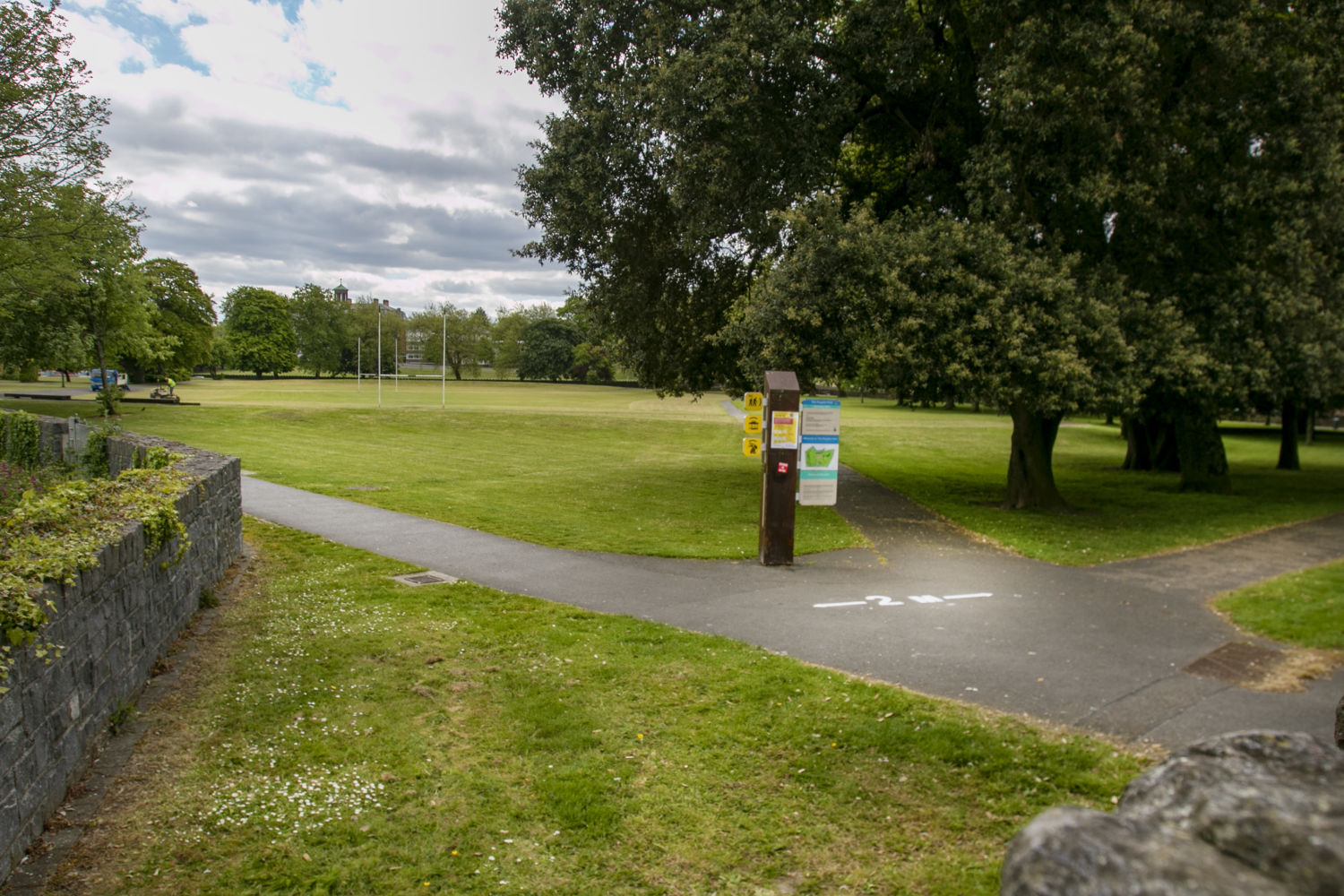 The People’s Park, which remains underlit once the sub goes down. Photo: Joe Evans

WE could paraphrase the sentiments of Gilbert and Sullivan by suggesting at the outset that “a planner’s life is not a happy one!” The real value of local amenity is only now being appreciated since the Covid lockdown forced us to stay within the 5km limit.

The number of people using the People’s Park has been extraordinary. The Eco Park on the Tramore Road has seen very high volumes as well and the Greenway around Carriganore and Bilberry has been a life saver for many people.

People are seeking new areas to explore all the time. A particular favourite, also provided by our Council, is the new walkway along by the River Suir around Glenville and Maypark. This has been extended and improved over the past year. Extra funds will be allocated this year. Hopefully the section below the old Snowcream plant in Maypark Lane will be reopened. There is no reason why this walkway should not extend from the city out to the Island ferry crossing with necessary diversions around property obstructions.

The foreshore along that whole route is public property, vested in the Minister for Transport and a walkway erected on the foreshore could be easily erected unless property rights dictate otherwise. It’s just great to see amenity being constructed anyway.

In more normal times our default search for amenity brings people to the seaside with Woodstown, Dunmore and Tramore being particular favourites. These areas will emerge again post-Covid but the Greenway will retain its popularity and hopefully benefit from even further publicity once the New Ross to Waterford one is complete next year.

The vital link in this network is the pedestrian bridge from the Clock Tower to the North Quays. On its own it would allow great flexibility in the centre of town. The walkway along the south quays has been an eye opener in recent months.

The glass wall and adjacent step provide a convenient and attractive area to sit and enjoy the sun, especially given the relative absence of cars in the various car parks. The area provides a constant reminder, if such was necessary given the number of people who have raised the issue, that Waterford city really undervalues its riverside.

The little pocket park in Railway Square was much used when it contained a small playground but the latter was removed because of anti-social behaviour. Wyse Park in the Back Lane offers a smashing respite for a dense urban location but is surrounded by forbidding walls. Its tarmacked upper section is like a prison exercise yard.

The park entrance onto Parliament Street was closed off some years ago and this has separated the park form Castle Street and Closegate. The walls around the park should be demolished and the area very well illuminated so that it can be used safely at all times.

The same argument has been advanced by members of the City Council about the People’s Park. There is no reason at all why public lighting should not be installed to facilitate maximum public usage. There is hardly a public park in a similar location in any other city in Ireland which is left in complete darkness at night time.

Darkness is the friend of vandals and anti-social behaviour. It is hard to understand why Walton Park in Dungarvan is fully illuminated while the People’s Park is not.

Recent journeys to the Post Office brought me past Hillview. There is a huge green area opposite the Hillview housing estate. It was a field 50 years ago and it is a field, albeit with grass cut, today. No attempt has been made to lay out park walkways or do the kind of extensive, planned tree planting which would add enormously to the area.

Work of this nature would not stop kids using the area for games and sports, but would add a sense of civic amenity to the area. I cannot understand why Councillors in the area don’t pursuing this objective for the area, or indeed why council planners themselves are not leading the way.

The search for amenity brought our local council into the national media last week with their refusal to grant retention permission for a seaside terrace in Tramore at the foot of Gallwey’s Hill.

It is very hard to offer any real justification for this refusal other than a sense of putting manners on a developer who built without permission. I don’t agree with the idea of retention of a development carried out without planning, but it is an integral part of the Irish planning system.

People will recall some years ago that the Irish Central bank added an extra floor on its new building in Dame Street in Dublin and then were granted retention by the local council. I am sure there are many other such cases around the country. The terrace in Tramore is an excellent and unobtrusive facility. It is hardly visible except those who walk the beach near the Lady’s Slip. It is not visible from the public road; indeed, it is very hard to find at all, but it offers a superb visitor experience akin to what one might find in any European resort.  Council planners insist it is in a sensitive area, but the same could be said much more forcefully about the beautiful Cliff House Hotel in Ardmore which is visible from all over that town and is in close proximity to important national monuments.

There is a constant battle in Tramore between those who want change and those who want the area to remain static.  If the Tramore beach terrace was in West Cork or Galway you would have people coming home to Waterford from those areas telling us that we had nothing like that here! Council planners have made a bad mistake.

This resistance to developments also appears in the city. In the drive-in restaurant circles to get people dining outside, one restaurant owner was told that external heaters require planning permission.

You could travel the length and breadth of Ireland and find thousands of pubs and restaurants with external heaters and vast numbers without planning. Have we a default negative answer instead of offering flexibility?

Planners could find their way to the seaside terrace in Tramore to pursue the developer of that facility but were unable to find their way to Carrickphierish or Williamstown when members of the Travelling Community were craning large mobile homes onto sites without planning permission.

Property owners in the centre of the city can erect the ugliest of external shutters on buildings in the most visible location, without any action.

In John Roberts Square, one beauty parlour premises has greatly diminished a corner premises in recent times with four roller shutters. Its appearance is utterly destructive of visual amenity.

All cities need to create amenity and our council is active in the physical space. But how can you ensure that our city centre is attractive and encourages increased footfall if visual amenity is ruined by roller shutters or the removal of historic glazing from important buildings, then replaced with unattractive PVC inserts, without any action? Who would be a planner?