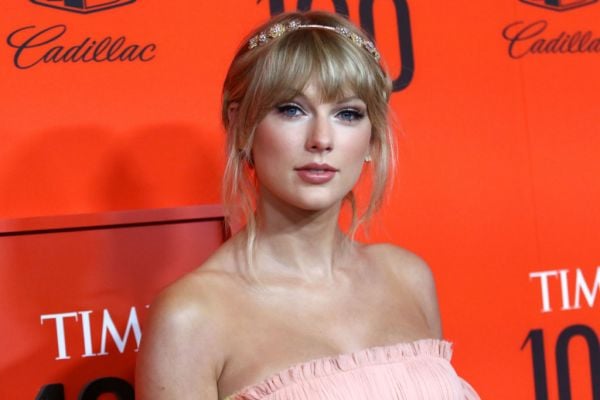 Taylor Swift has recruited her “two kids” Olivia Rodrigo and Conan Gray to help promote the re-release of her album Fearless.

The Grammy-winner, 31, sent previews of two tracks from the record, which she has re-recorded following a bitter row over the ownership of her early career masters, to the young pop stars ahead of its launch on Friday.

Rodrigo, whose hit single Drivers License recently spent nine weeks at number one in the UK, shared a video of her and Gray, 22, dancing along to snippets of the reworked tracks.

You ok? NO cause I sent my two kids @Olivia_Rodrigo and @conangray my new version of You Belong With Me and THEY ARE SO CUTE IT PHYSICALLY HURTS ME
((Album out at midnight!)) pic.twitter.com/yDJusP8TAs

The 18-year-old, who is the star of the Disney+ series High School Musical: The Musical – The Series, also shared a clip of them reenacting the music video to You Belong To Me on the social media platform TikTok, writing messages to each other on pieces of paper.

Resharing their video, Swift wrote on Twitter: “You ok? NO cause I sent my two kids @Olivia_Rodrigo and @conangray my new version of You Belong With Me and THEY ARE SO CUTE IT PHYSICALLY HURTS ME.”

Fearless (Taylor’s Version), which is released on Friday, includes 26 songs, as well as a Love Story remix, while the original record included 13 tracks.

He acquired the rights to Swift’s first six albums in 2019, prompting a furious response from the singer. The masters have since changed hands again; Braun’s company Ithaca Holdings sold them to Shamrock Capital in a deal announced last November.

Swift said she declined an offer to go into business with Shamrock because of Braun’s continued financial involvement.

She moved to Universal Music Group in 2018 and has since released her album Lover, as well as surprise drops Folklore and Evermore.

Explaining the new material, Swift revealed multiple songs were left off the original album for reasons including “too many break-up songs” and not being able to fit that much material on a physical CD.

Fearless (Taylor’s Version) will be released on April 9.