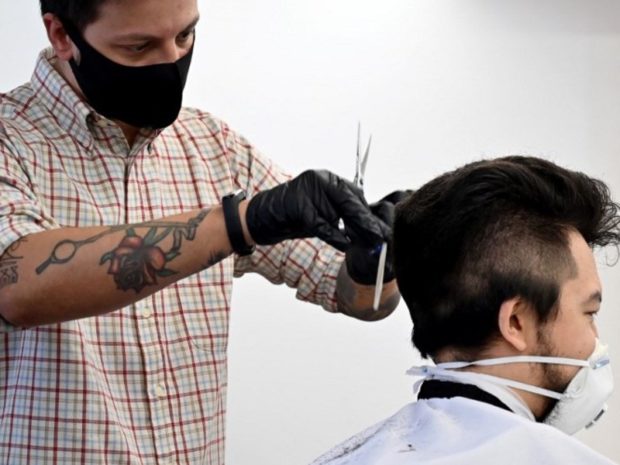 THIS pandemic has evolved from the surreal to the absolute ridiculous. It’s like a post-apocalyptic situation where instead of turning on each other like animals (although I wouldn’t rule that out just yet) we’ve become ultra-petty.

A front-page story of the Irish Examiner last week revealed that some members of the Gardaí received a hair cut in the last few weeks. Did they bring in a professional from outside, maybe Peter Mark or Vidal Sassoon, or maybe even Margo from Curl Up and Dye down the road? No. One of the other guards who is proficient with a scissors and a razor did it instead.

I mean, how an editor saw fit to put this on the front page is not so much a reflection on themselves, but on a society that is increasingly on the look-out for someone to blame and let’s face it, Guards are near perfect scapegoats.

There’s no issue with Guards working closely together and I haven’t heard anyone giving out about Guards having a cup of tea together, but somehow there’s a line drawn because they’re getting hair-cuts while we’re still not allowed (except most of us are indeed getting them, either from a family member or a professional doing house calls) – the absolute audacity of them.

The same is happening right now with vaccinations. We can’t be surprised that members of the public service i.e. the HSE and the Department of Health are not strictly playing by the rules when it comes to vaccines.

We know for a fact that thousands of HSE office workers – many of whom have been working from home since last March and have as much medical experience as my local postman – have been vaccinated. The Daily Mail are sucking from the teat of the mass vaccine hysteria by running daily front pages about it. “SHOCK as son of doctor is vaccinated ahead of 70-year-old woman”.

I don’t think people are specifically annoyed about the vaccines, I think they’re just fed up of the clowns running the circus and are venting their anger in whatever way they can.

Last Saturday night, I was inundated with people sending me pictures of all the people that were drinking takeaway pints on the quayside. Thank you for sharing those images with me – I appreciate the thought process behind it. The optics do not look good, but these people were doing nothing wrong. It’s not illegal to sell takeaway pints, even if the Government did ask pubs meekly if they’d think twice about it.

The fact is, if the Guards moved on these people, they’ve have to go down to The People’s Park and move on all those people too. Have you seen the playgrounds down there on a sunny day? It’s like Disneyland in August. The presence of a pint just makes it look worse than it actually is. The bottom line is simple: people have had enough.

Actually, let me interject for a second to talk about Easter Eggs. People give out when they see them in the supermarkets as soon as Christmas is over, but yet they still manage to miss out on them for Easter. Literally, right up until Good Friday, you couldn’t walk a step in a supermarket without bumping into a wall of Easter Eggs, and yet, come Easter Saturday, social media is flooded with appeals for Easter Eggs as if they were toilet paper circa March 2020.

Anyway, this isn’t a column calling on the Government to re-open the country. It’s a column that has been repeatedly looking for the rarest thing of all – common sense.

The Government has reopened schools, with upwards of 30 kids in each class, and said publicly that it has been safe to do so. Why then did they not give the go-ahead to let those same children back to gymnastics class, or stage school, or Saturday morning hurling?

Why can they allow 120 people into Supervalu, but nobody into Walsh Park? I know you can’t please everyone in a lockdown but as soon as they decided that there was one rule for some – meat plants, toy factories, ice cream parlours and off-licences and another rule for others – pubs, restaurants, independent clothes shops, hair and beauty salons etc, then they completely lost their audience.

The mess they’re making of the vaccinations, where seemingly nobody is keeping track of who’s getting them, is simply the next episode of this sh*t show.