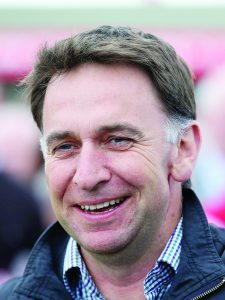 JUST when we thought the greatest year in the training career of Knockeen’s Henry de Bromhead couldn’t get any better, along came this afternoon’s Aintree Grand National.

A Grand National/Cheltenham Gold Cup one-two represents the stuff of dreams and has secured a special place in the history of Irish sport for Henry, as humble a man as he is an outstanding trainer.

“It feels amazing, it really does, it’s incredible,” a beaming Henry told ITV Sport before accepting the winning trainer’s trophy. “It’s the stuff you dream of. I’ve been watching it since I was a kid. It’s amazing and I’m just so lucky.”

The scale of the achievement will surely take some time to fully register with Henry and his family, blazing welcome rays of sunshine in the midst of these still strained and abnormal times.

For Rachael Blackmore, surely now a shoo-in for all available Sportstar of the Year awards come December next, every ceiling she could breach in her sport now lies magnificently shattered.

“I never even imagined I’d get a ride in this race, let alone be standing here with this trophy,” said the Killenaule native, who still had to ride in the bumper having just landed the big one, such is the life of a jockey.

“This race is the race that captures every young person who has a pony’s imagination and to actually fulfill something like this is just unbelievable.”

“It’s just brilliant,” exhaled Henry. “A lot of it is down to Rachael obviously and she was brilliant on him today and I’m just delighted, amazing, a super ride. She hardly left the rail…and I’m just over the moon.”

When asked to comment on the scale of Rachael Blackmore’s achievement, Henry said: “She’s incredible. She’s breaking all records and we just feel so lucky to have her…she rode her way into these (rides) and it’s her ability and that’s it…it’s entirely down to Rachael and all the work she has put in over the years.”

The winning jockey commented: “What Henry de Bromhead does with these horses, I don’t know! I’m so lucky to be riding them, I just cannot believe I’m after winning the Grand National. This is unbelievable…I don’t feel male or female right now – I don’t even feel human. This is just unbelievable.”

To reach the level in one’s sport where no worlds remain unconquered underlines the extent of the successes Henry de Bromhead and Rachael Blackmore have achieved inside an astounding month.

“I hope it does help anyone that wants to be a jockey,” said Blackmore of her historic Aintree victory. “I never thought that this would be possible for me. I didn’t dream about making a career as a jockey as I never thought it could happen and it did. So keep your dreams big.”

As for the trainer who saw Rachael’s talent and gave her the opportunity to flourish, the extent of his recent run of successes is impossible to underestimate.

“It’s surreal,” he said. “It’s the stuff you dream about.” Some of us, thankfully, get to realise our dreams. So take a bow, Henry. You’ve done Butlerstown, Waterford and Ireland proud.