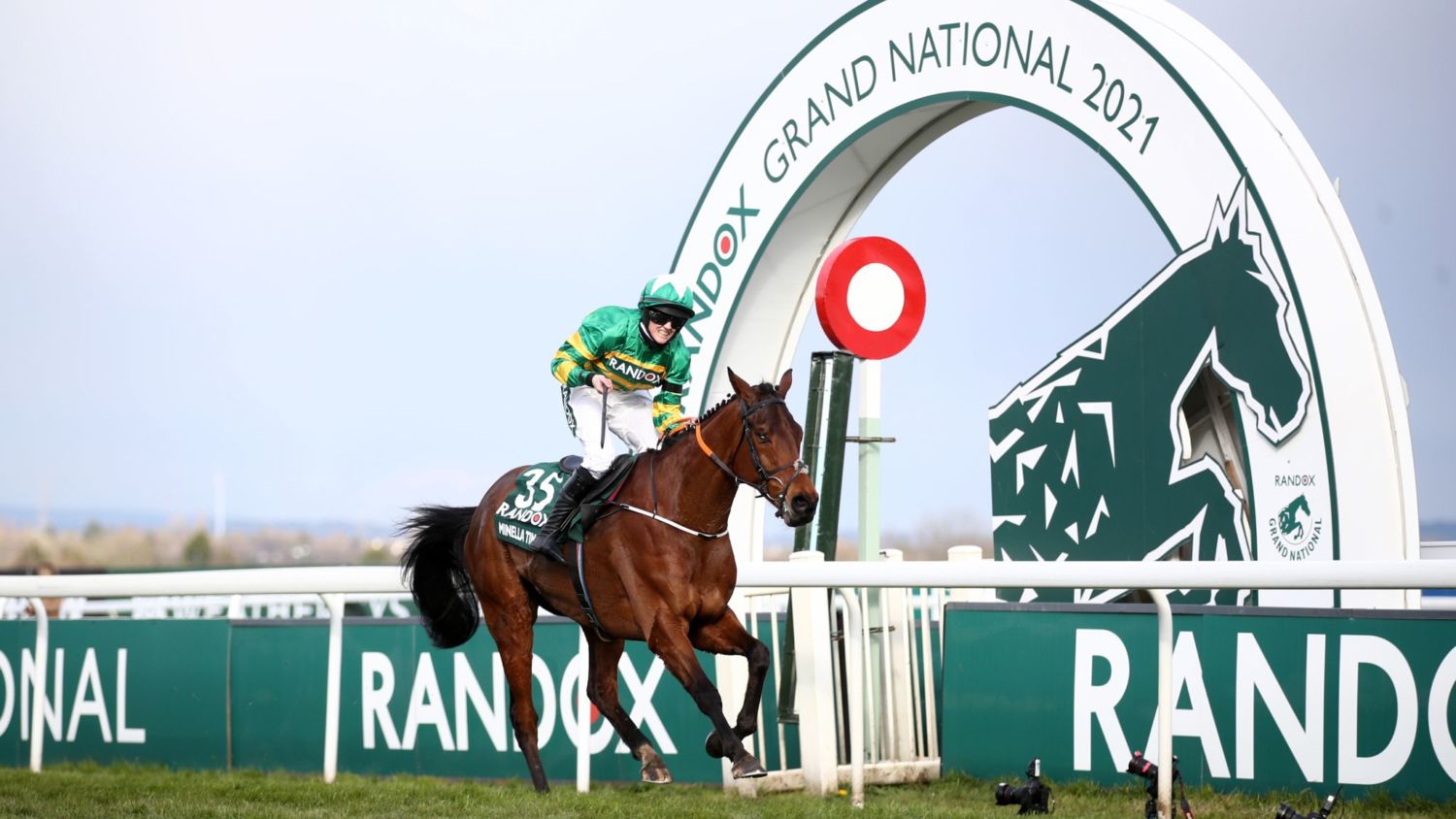 Minella Times and Rachael Blackmore wining the Grand National at Aintree this afternoon.

He’s only gone and trained the first two horses home in the the most famous horse race of them all – the Aintree Grand National.

Minella Times, owned by JP McManus and ridden by the brilliant Rachael Blackmore came home in front at odds of 11/1, ahead of 100/1 chance Balko Des Flos under Aidan Coleman.

It comes just three weeks and a day after he saddled the first two home in the Cheltenham Gold Cup, one of his six winners at that Festival.

It was also a history making win for Tipperary jockey Blackmore as she became the first female rider to win the race. She is one of just 20 women who has ridden in the race and it follows on from her being crowned the leading rider at the Cheltenham Festival. 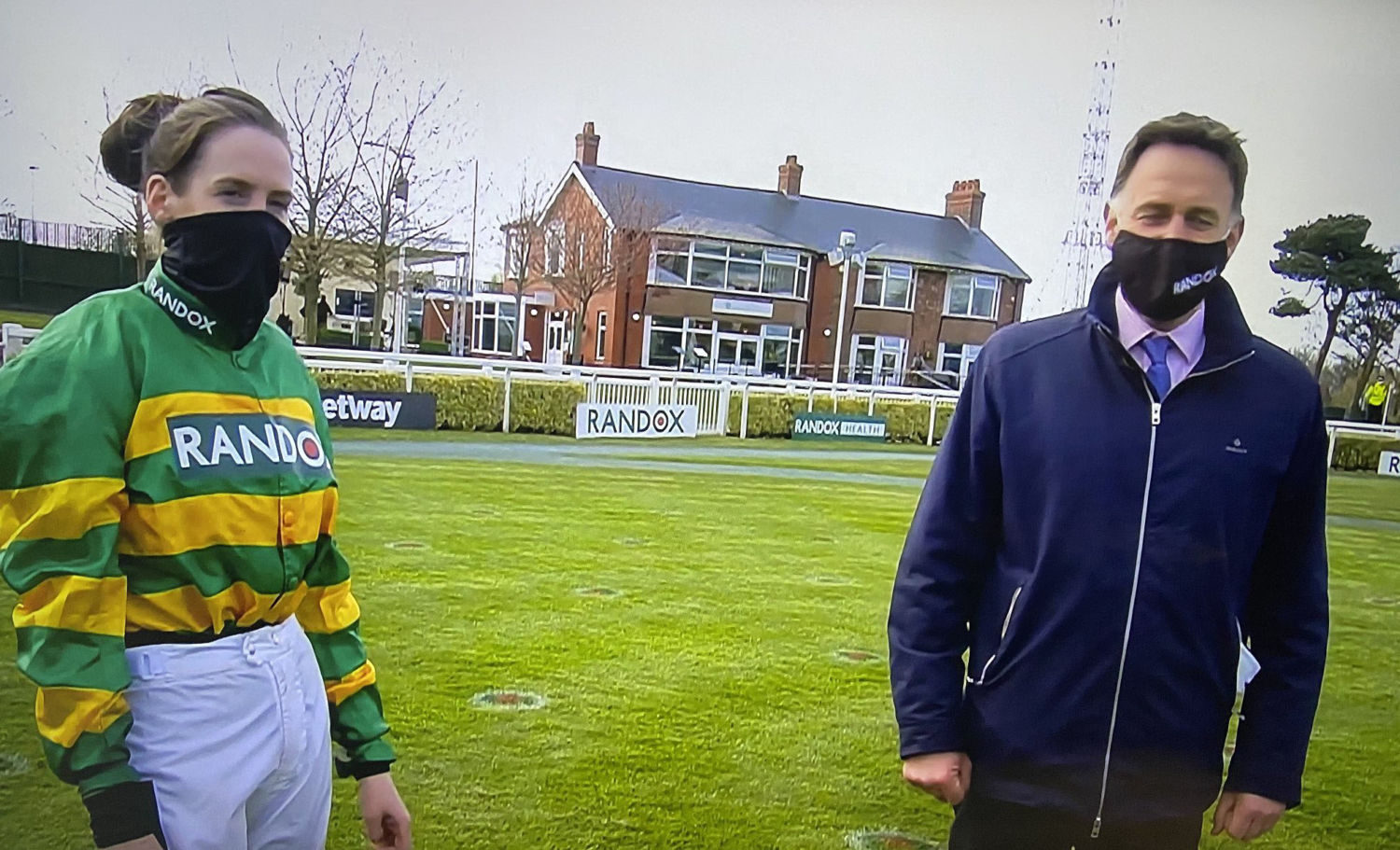 Henry de Bromhead and Rachael Blackmore waiting for the presentation in the Aintree parade ring today.

Speaking to ITV after the race, Knockeen trainer, de Bromhead said, “It’s just brilliant. I can’t believe it. Rachael was brilliant and gave him a super ride and it’s brilliant to get it for the McManus family.

“Balko ran an absolute cracker too in second and Aidan gave him a great ride.

“It’s just amazing and incredible I’ve been watching this race since a I was a kid and I just feel so lucky It’s the stuff you dream of.”

On his jockey, “she’s just brilliant isn’t she. We’re so lucky to have her. They definitely broke the mould with her”

It’s owner JP McManus’ second win in the race after Don’t Push It and AP McCoy won it in 2010.

It was another incredible day for Irish racing with the first five home all trained in Ireland. Ted Walsh’s Any Second Now was third, Willie Mullins’s Burrows Saint finished fourth and the Denise Foster trained Farclas was fifth.