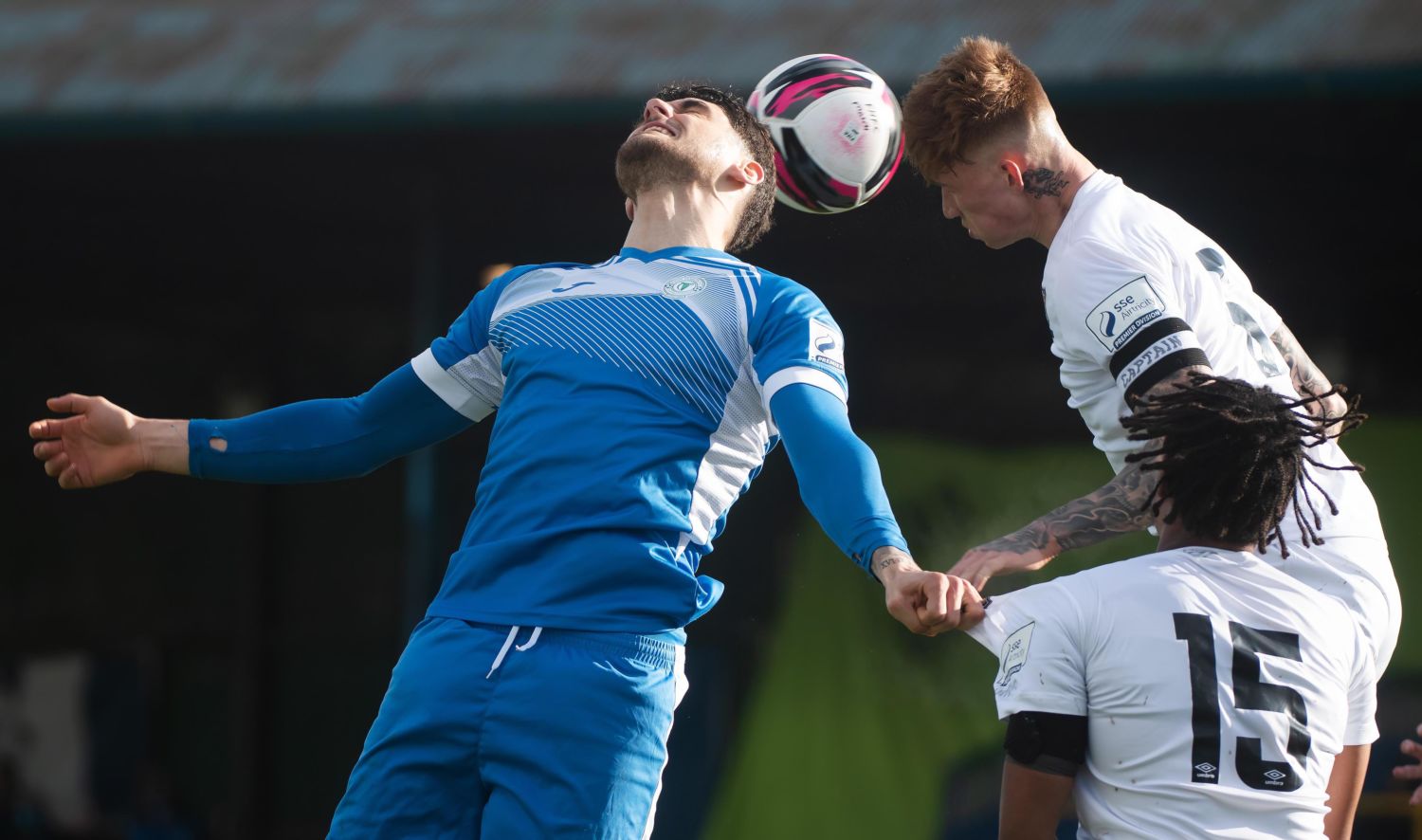 Dave Webster came back to haunt his former club as the Finn Harps captain powered a 92nd minute left-footed strike beyond Waterford FC goalkeeper Brian Murphy to break the hearts of the Blues players after a battling performance came up short at Ballybofey this evening.

The Blues, who were without a win at the Donegal venue since 2013, looked set for a share of the spoils as the game entered the final minute of three added minutes, but that was all to change when Webster reacted first after Barry McNamee’s right-wing corner kick came back into the path via Shane McEleney.

Finn Harps had a strong penalty appeal turned down on 10 minutes when a Barry McNamee whipped in a corner kick that saw Webster go down under a high challenge from Prince Mutswunguma, but referee John McLoughlin waved play on when he could have pointed to the spot.

While Finn Harps had a lot of possession in the early, they failed to trouble keeper Brian Murphy before striking for a goal of their own against the run of play that put them in front on 35 minutes. Jamie Mascoll whipped in a right-wing free-kick that saw John Martin power a header past Mark McGinley from 12 yards.

It was a lead that lasted only six minutes however as Finn Harps levelled with 41 minutes on the clock when a neat move saw Barry McNamee slip the ball into the feet of Karl O’Sullivan, who fed Adam Foley 14-yards from goal, and he hammered a right-footed shot past the helpless Brian Murphy for his fourth goal of the season.

After the hosts had two early second-half penalty appeals turned down when Adam Foley and Ethan Boyle hit the target, it was Daryl Murphy that could have put the Blues back in front on 74 minutes, but he headed straight at McGinley following a Isaac Mulowayi cross.

With it looking like the Blues were going to leave the North West venue with a share of the spoils, John Martin was harshly penalised for a foul on a Harps player, and after McNamee’s free-kick went out of James Waite in the second added minute, disaster struck from the resulting corner-kick.

The ever-dangerous Barry McNamee sent in the right-wing flag kick to the back post that saw Shane McEleney knocked the ball across the goal where Dave Webster, the Harps skipper, was on hand to hammer a left-footed strike past Murphy to give his side their third win of the season inflicting a third defeat on Kevin Sheedy’s men.