Government seeks advice on exempting those fully vaccinated from quarantine 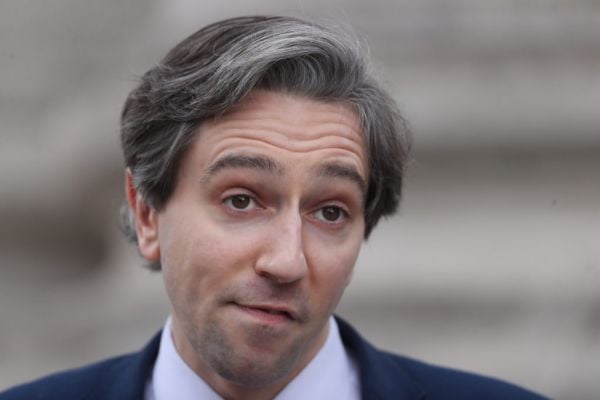 The Government is seeking advice on whether fully vaccinated people can avoid facing mandatory hotel quarantine.

The Minister for Further and Higher Education said it is his “firm view” that anyone who has been vaccinated against Covid-19 should not be forced to stay in mandatory hotel quarantine.

Simon Harris said the system should be prioritised to those most at risk, particularly around new variants.

The operation of Ireland’s hotel quarantine system has been a divisive issue in Government.

There have been a number of court challenges to the legality of the system.

“I would really to see the Government expediate this issue of people being vaccinated — there are people in their 30s who have been vaccinated in the US — I don’t want to see a situation where our students are coming back fully vaccinated from the US to go into two weeks of quarantine. That seems illogical to me.”

Asked whether he believes those who are fully vaccinated should be exempt from quarantine, Mr Harris replied that was his “very firm view”.

“What the Government has committed to doing is looking at that with our medical experts,” he added.

“We need to prioritise mandatory hotel quarantine which I think is necessary  – prioritise it to those most at risk of bringing it into our country, particularly new variants.

“It’s hard to illogically explain how fully vaccinated (people) are of greater risk than you or I.”

Meanwhile, the Government’s goal of administering 180,000 jabs this week will be missed following the change in advice on the use of the AstraZeneca vaccine.

Thousands of vaccine appointments this week will be rescheduled by the HSE after the the National Immunisation Advisory Committee (NIAC) said that the vaccine should not be administered to people under the age of 60 in Ireland.

The National Immunisation Advisory Committee has issued revised advice on the use of the AstraZeneca COVID-19 vaccine.

The decision came after the European Medicines Agency (EMA) warned that rare blood clots have been associated with the jab.

The HSE is examining the effect of the change in advice on the Government’s vaccine rollout programme.

Some 813,000 AstraZeneca vaccines are due to be delivered over the next three months, including 224,000 in April.

Tanaiste Leo Varadkar said officials will know in the coming days whether 80% of the adult population will still be able to receive their first vaccine by June.

The HSE is to receive its first delivery of the Janssen vaccine this week, with 40,800 doses to be delivered this month.

All AstraZeneca COVID-19 Vaccination Clinics planned for tomorrow, Tuesday, April 13th, will be cancelled in light of updated guidance received from the National Immunisation Advisory Committee, and @roinnslainte this evening. pic.twitter.com/rEibhq9nIw

Mr Varadkar said it was a difficult decision for NIAC to make.

“They weighed up all the pros and cons. There are four vaccines now licensed for use in Ireland, they are all very effective, close to 100% effective against severe illness and death,” he told Newstalk.

“All vaccines are medicines and all medicines have side effects. Some are common and mild, some are rare and serious, and this does appear to be rare.

“It appears it is treatable. Maybe it is the case that down the line they are able to widen the groups that can have this again.

“There are well over half a million people over the age of 60 yet to be vaccinated so we will make good use of it.

“We will know in the next couple of days if we are going to hit four out of five adults by June.”

Mr Varadkar, who is a qualified doctor, said that he would have no hesitation recommending AstraZeneca to people over the age of 60.

“The risk of getting this (side-effect) is minuscule compared to getting Covid,” he added.

“I would take it myself, absolutely.”