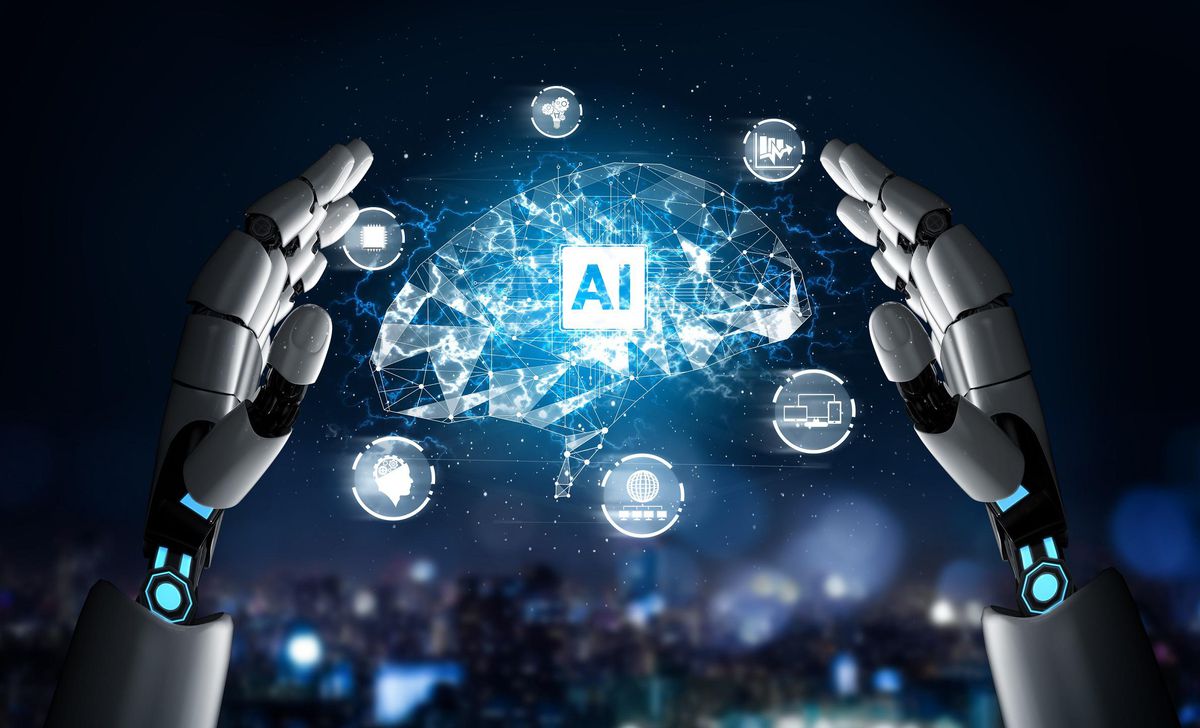 I REMEMBER visiting friends of mine just over two years ago. I was fascinated when the lady of the house started to address Alexa. Alexa, as it turned out, wasn’t a maid from the Philippines but a virtual assistant who could turn on lights and the television set, play music, start the washing machine. I was utterly flabbergasted as I had never heard of such an invention. In the world of a technophobe like myself, robots were still the stuff of science fiction movies or at least confined in practice to high tech giants like Google.

This encounter with Alexa alerted me to the fact that the use of Artificial Intelligence (AI) is extensive and widespread. Take for example the mobile phone, which we now take for granted. Not alone can we communicate with someone in any part of the world almost instantly; we can use it to receive and send emails, explore the world wide web, store data, record events on video, access social media via Facebook or Instagram and tweet. If someone told me that when I first held a mobile phone in my hand almost 30 years ago, I would have been incredulous. Then, it was big and clunky, ‘shaped like a briquette’ and it was awfully expensive to make a call, which was all you could do. The signal was poor and limited.

‘The disruption brought about by these new technologies will be similar to that transformation of society caused by the First and Second Industrial Revolution, because it redefines the very nature of work’

The rapid development in mobile phone technology is a symbol of how much AI has infiltrated today’s culture in a rather insidious manner. AI is being utilised more and more in many different sectors such as the retail trade, education, farming, banking, insurance, the building industry, medical technologies, nursing homes and hospitals and the transport industry (self-driven cars). It is impacting on almost every area of our lives but there is extraordinarily little reflection on the implications for society. The serious ethical questions raised by the introduction of these new technologies are rarely explored in the popular media.

I was delighted to hear that Dr Sean McDonagh (a leading environmental theologian and author) has recently published a book addressing these serious issues. It is entitled “Robots, Ethics and the Future of Jobs”. It is a very timely publication, in that we are prophetically alerted to the impact of these new technologies associated with AI (Robotics, Drones, 3D Printing etc.) which, as he points out, “regularly slips under our collective societal, political and ethical radar.” He highlights the dramatic impact of these new technologies by situating AI in the context of the industrial revolutions that have shaped our modern world.

We are now witnessing the Fourth Industrial Revolution which is being driven by AI. Throughout the book, Dr McDonagh argues that the disruption brought about by these new technologies will be similar to that transformation of society caused by the First and Second Industrial Revolution, because it “redefines the very nature of work”, which will lead to huge levels of unemployment.

The author acknowledges the many benefits of new technologies, particularly in the areas of health care, medicine, and education. For example, the World Health Organisation (WHO) hopes that AI will make affordable healthcare accessible to all people, not just those who live in wealthy countries. Surgical robots can now perform operations with minimal incisions and less blood loss which means shorter hospital stays. Cancer diagnoses can be more speedily obtained using a combination of AI and computer-based diagnostics as laboratory-based processes can be bypassed. Robots can perform eye operations that are too delicate for human surgeons to perform manually.

Dr McDonagh also discusses the benefits and the use of AI and robots in education, in performing essential services and in banking and shops. For example, in Japan, Softbank replaced staff in its Tokyo branch with so-called Pepper Robots, which can “answer questions and interact with customers by responding to the customer’s vocal tone and facial expression.”

However, there is a downside to the Fourth Industrial Revolution. Automation will significantly reduce the number of people in jobs. The author claims that it may be impossible in the future for 40-50 percent of people worldwide to find paid employment. For example, the installation of self-checkout desks in supermarkets meant that staff numbers could be reduced. Robots can now also be used to restock shelves. When we factor in the growth in online shopping, it is not surprising that retail stores such as Debenhams would go into liquidation with the loss of over 2,000 jobs in Ireland. Sears, a major department store in the USA, employed over 300,000 people a decade ago. Today, having amalgamated with Kmart, the company employs only 68,000. A report in the Guardian newspaper in 2019 forecast that 23,000 shops would close in Great Britain because of pressure from online shopping and the introduction of AI technologies.

The drastic reduction in jobs will have serious consequences for society. As Pope Francis teaches in his wonderful encyclical ‘Laudato Si‘, “work is a necessary part of the meaning of life on this earth, a path to growth, human development and personal fulfilment.” High levels of unemployment could lead to an increase in mental health issues and the erosion of social capital.

The intrusion into our private lives is another ethical issue raised by Dr McDonagh. The use of facial-recognition technology, which can track us internationally and domestically is a serious threat to our civil liberties. The use of facial images on government databases or those on Facebook and Google must be challenged.

Dr McDonagh believes that preparing for and responding to the social impacts of AI and automation will be the defining challenge of the next decade and that the church and all religions must take this on board as part of their mission.

The book is professionally researched and above all very accessible, written in a style which is very engaging and will be of interest to readers from all walks of life. The issues raised are of vital concern to all of us as we prepare for a post-Covid future.