End of the road for Sheedy and Newell at Waterford FC 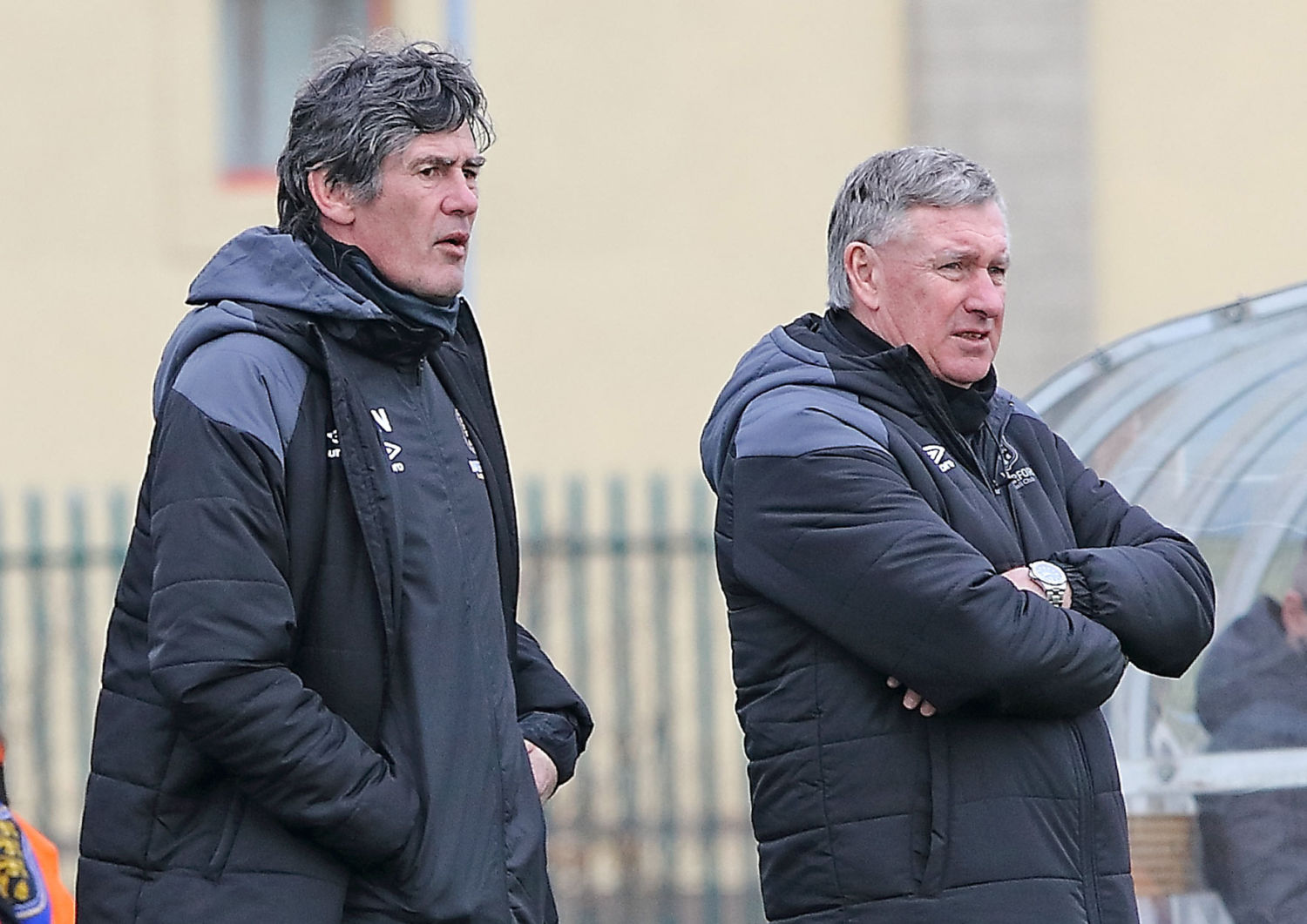 Kevin Sheedy and Mike Newell on the sidelines for Waterford FC during earlier this season. Photo: Noel Browne.

The Waterford News & Star understands that Waterford FC have begun the search for a new management team as club sources have confirmed to us this lunchtime that former Republic of Ireland star Kevin Sheedy and his assistant Mike Newell have the left the club after Tuesday’s 1-0 defeat to St. Patrick’s Athletic.
The high profile management duo, who were appointed last December, lasted just six league games, recording just one win and tasting five defeats in their brief stint at the club.
All five defeats were by a single goal margin, as was the 2-1 win away to Derry City.
Sheedy was all alone on the sidelines for the majority of those games as his assistant was suspended after he was sent-off in the opening defeat of the season at the hands of Drogheda United.
Newell also saw red in Tuesday’s game against the Saints after a clash with referee Graham Kelly and fourth official Paul McLaughlin over the colour tape used on the socks of a St. Pat’s player after the latter halted the 72nd minute introduction of Jack Stafford for having the wrong colour tape.
It’s believed that Newell will be looking at a second suspension of up to six games after his latest outburst, but instead it looks that the duo have decided to call time on their stay in Waterford and have parted company with the club today (Thursday).
We understand that the players were informed of the decision at training this morning and we await official confirmation from the club and who will be in charge of the team for Saturday’s RSC encounter with Longford Town.
More on this story to follow……….