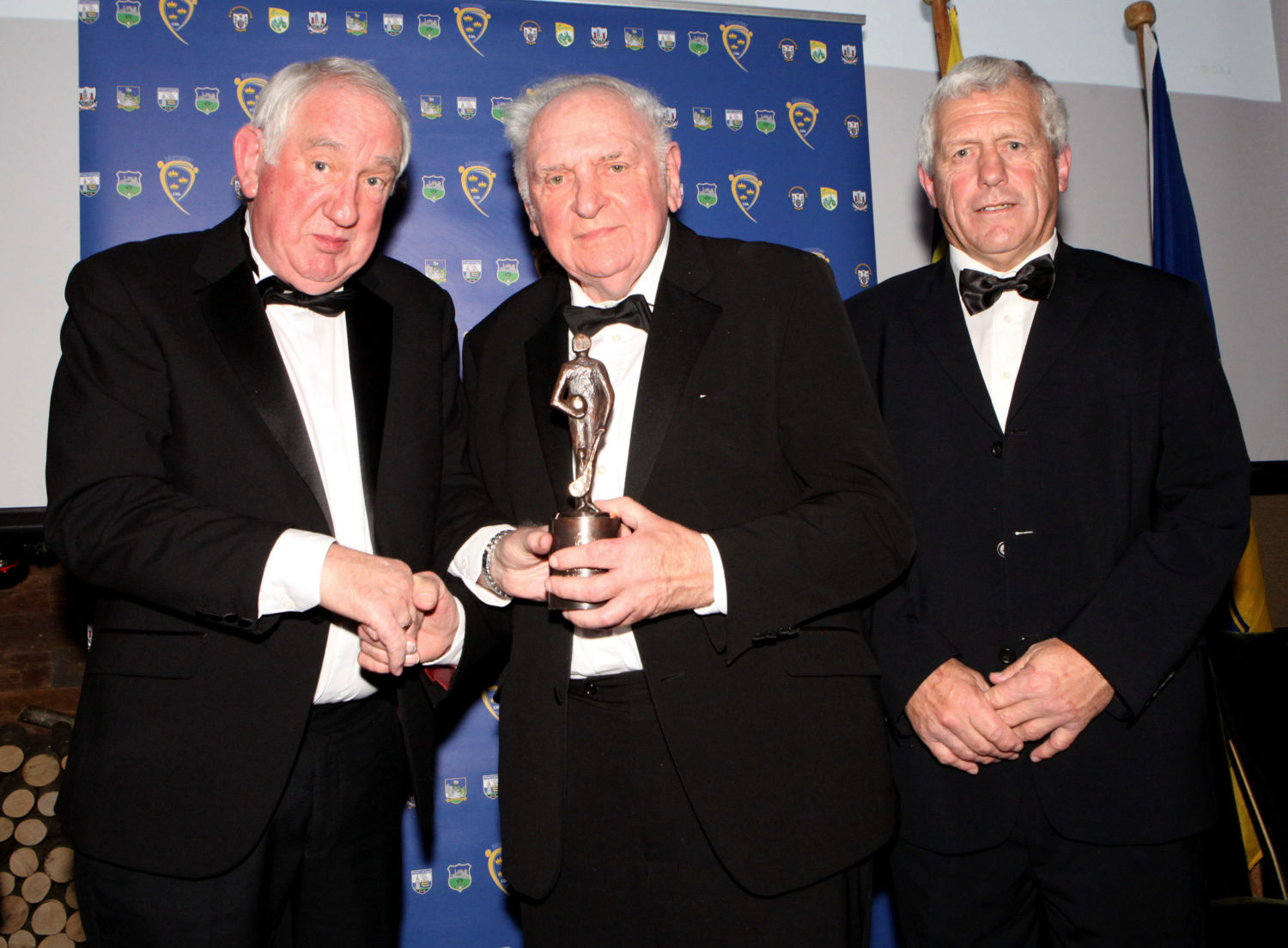 The late Austin Flynn receiving his Munster GAA Hall of Fame award from fellow Déise man, Anthony Walsh, and Jerry O’Sullivan back in 2017.

The famous Waterford team of 1959, the last Déise team to win the All-Ireland Senior Hurling title, has lost another of its number with the death this evening of that team’s brilliant full-back, Austin Flynn.

The Abbeyside man hurled with Waterford from 1955 to 1967 and was their stalwart and ultra-dependable full back in their golden era from 1957 to 1963.

In that period they won three Munster titles, a National League crown and of course the ultimate – a MacCarthy Cup, defeating Kilkenny in the 1959 replay.

He was also selected at full-back on the Munster team which won the Railway Cup in 1960.

Although his club, Abbeyside, contested four county finals, he would be denied a coveted county medal.

In recent years he has enjoyed watching his grandchildren represent various clubs and Waterford at various levels.

He was an utter gentleman and he will be sorely missed.

More to follow as well as a full tribute from Phil Fanning in next Tuesday’s Waterford News & Star.