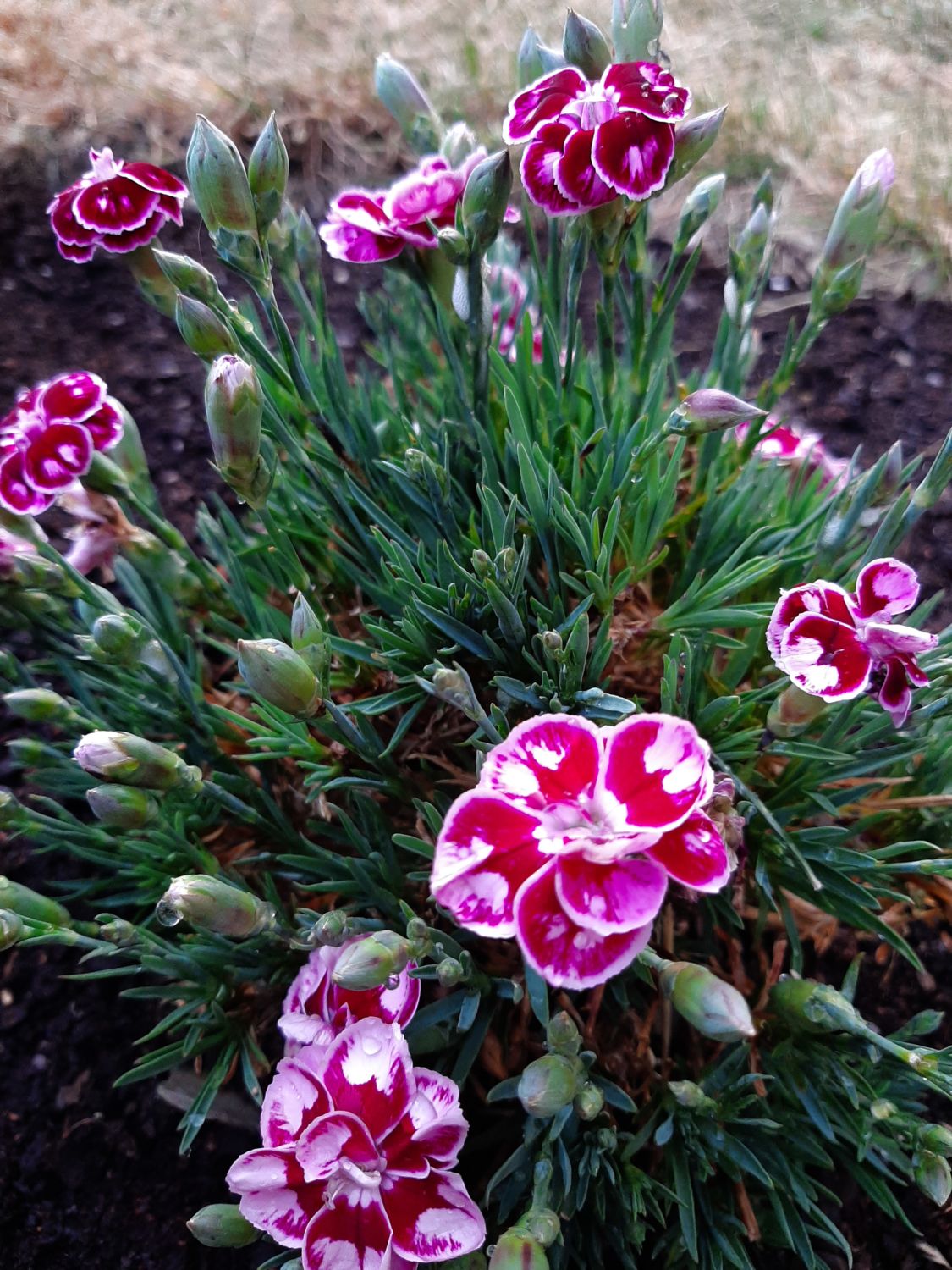 WHILE April is one of the best months for gardening, this year has been particularly good, with just enough rain to keep the moisture levels up and the frost came as predicted and many gardeners covered their delicate crops during that period.

It is sometimes like ‘Lanigan’s Ball’ where “she stepped out, I stepped in…” in relation to trying to harden off soft flowers and vegetables as frost is still about and will kill these plants or damage them badly. There is the common practice of putting out the seedlings during the warm sunny days and bringing them in at night and this “stepping out and in” can go on until the first week of May is over as after that it is more unlikely that bad frosts will occur.

‘The frost can kill the young growth and these are seen as blackened foliage, especially at the tips. This is often mistaken for a disease but the plant soon recovers’

Gardeners will hold back the growth of their less hardy plants by keeping them inside a light warm area and pinching the plants to make them bushier and safe. For outside well established plants like all the flowering shrubs, hedges and perennials, the frost can kill the young growth and these are seen as blackened foliage, especially at the tips. This is often mistaken for a disease but the plant soon recovers and the damage is not noticeable a few weeks later.

While the term perennial can mean any plant that lives for a few years and longer, it is usually denoted to mean herbaceous plants which can appear to be similar to annual flowers but these will usually flower during the summer months and go dormant for the winter only to reappear the following spring and start the process again. They are becoming increasingly popular as they eliminate the need to replace them every year and they only get better as they bunch up and increase in size.

I guess the big pests for most gardeners are slugs and snails. They cause damage without being seen, as they operate during the night and munch their way through a huge amount of foliage and flowers. ‘Slug Pellets’ were one way to control them and protect your crops but many people did not like using the ‘Blue Pellets’ (containing 4% metaldehyde) as they were perceived to harm wildlife. Anyway, the debate is over as it has been banned and the organic ‘Ferric Phosphate’ has taken over and is in any of the products you buy now.

All summer flowers and vegetables are prone to slug or snail damage when first planted out, so need protection during this critical period. Some desirable perennials are also their favourite food but they are worth growing as they are so beautiful and these include Lupins, Delphiniums and Hostas. Other tougher perennials and firm favourites are Malva (pink and white), Peony rose, poppy, Chinese Lantern (Physalis), Scabious, Knautia, Granny’s Bonnets (Aquilegia), Pinks (Dianthus) and Drumsticks in pink, red, blue and white (Primula denticulata).

Another nice thing about April and May is that weeds have not become mobilised and are still hanging about or, if new seedlings, they are minute but plentiful. This gives you time to concentrate on other more important aspects of gardening such as repairing bare patches in the lawn or sowing new areas, planting and sowing of flowers and vegetables and a time to admire some of the wonderful flowers that are in full swing like cherries, azaleas, pieris, late magnolias and camellias, among many others. If you have any queries of comments you are welcome to share them with me on 051-384273 or [email protected] and if of general interest I will include it in a future article.