Imagine the pressure of shouldering the hopes of 126m people 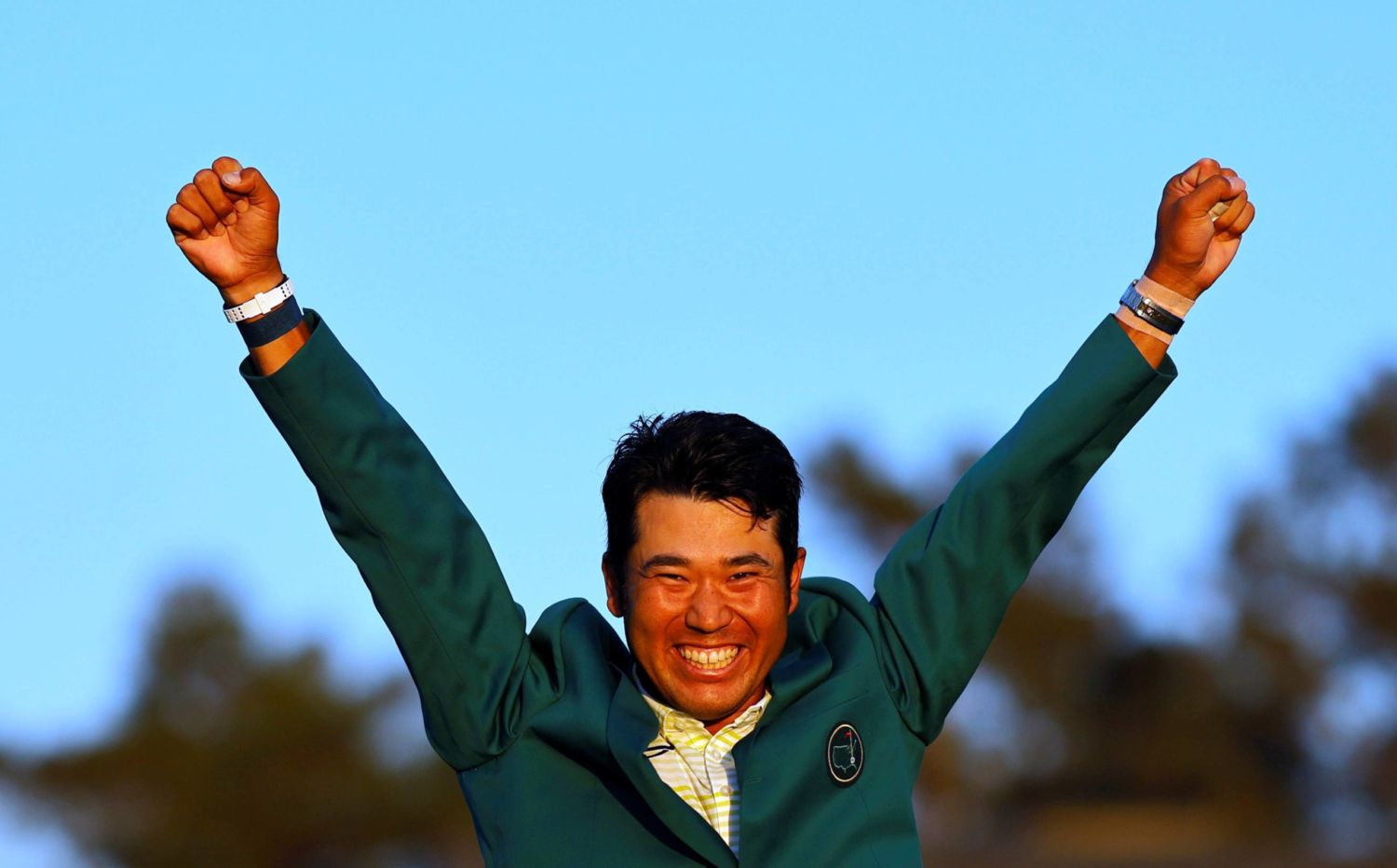 American PGA Tour golfer, Max Homa, is ranked 40th in the world and won The Genesis Invitational back in February at the Riviera Country Club. Therefore he knows a bit about golf and I think his tweet on the Sunday night after Hideki Matsuyama won the Masters summed the whole thing up perfectly. “Good for Hideki. I get nervous playing for my family. This dude just won The Masters for his entire country. Mega respect!!”
Golf is massive in Japan. The country has around 10 million golfers and over 2,500 golf courses. It’s the second biggest golf market in the world, after the USA.
Last week’s Masters was the 455th men’s golfing major ever played and after four gruelling rounds 29 year old Hideki Matsuyama became the first Japanese golfer to win a Major. American golfers have won 276 of those majors. They previously had a couple of women’s majors but never a men’s. But all that changed over four days at the magnificent August Masters in the state of Georgia.
Hideki has been a star of Japanese golf since he was a teenager but now he’s on a different level of stardom.
He started golfing at the age of four and by the time he was a teenager he was already a big name in amateur golf. In 2010 he won Asian Amateur Championship which qualified him to compete at the 2011 Masters and he took the low amateur title by being the only amateur to make the cut. Later that year he won the gold medal at the 2011 World University Games, led Japan to the gold medal in the team event and in October he successfully defended his title at the Asian Amateur Championship.
He turned professional in April 2013 and won his second professional tournament, the 2013 Tsuruya Open on the Japan Golf Tour. Matsuyama earned his first PGA Tour win at the 2014 Memorial Tournament and reached World Ranking of 13th, at just the age of 22.
2017 was an amazing year for Hideki. He won three times on the PGA Tour and finished second at the US Open, a season that took him to second in the world rankings and on the brink of superstardom.
But amazingly he failed to win in any of the next three seasons and was winless again coming into the Masters. He had fallen to 32nd in the world rankings during this slump and was back up to 25th before turning up at Augusta after showing some better form in recent weeks. He still went into the Masters as a 45/1 shot and went under the radar for sure. Opening rounds of 69 and 71 put him well in contention behind Justin Rose at the halfway stage but everything changed with a brilliant third round of 65 that sent him from three behind to four in front of the field going into the final day.
“I was filled with nerves from the first hole to the last,” he admitted afterwards and I’m not surprised. When you’re four shots clear all you can think about is losing it. I might sound strange but it’s a really hard thing to do. You’re there to be shot at. If you try to defend your lead then it will almost always go pear shaped and if you attack then it could easily go awry too. He looked to be cruising when he led by five early on the back nine but he bogeyed three of the last four holes to finally win by one from the week’s surprise packet, 24 year-old Will Zalatoris.
I can’t even imagine the pressure. There population of Japan is 126m. Over 25 times that of Ireland. Mad numbers. I dread to think how he would have felt if he had lost it in those circumstances. But he didn’t and now as long as he tees it up he will be introduced as Japan’s first ever Men’s Major Golf champion. Fantastic.
He’s had to live with an incredible amount of scrutiny for years. He is followed all over the world by a small army of journalists, photographers and camera men and women, as well as a huge fan-base (when times allow) so the fame probably won’t affect him too much, even if it will now be at an even more ridiculous level.
It’s also a huge boost for Japan and Japanese golf ahead of the Tokyo Olympics this summer and he’ll now be one of the favourites to take Gold in the golf in his native land. It’s a brilliant story and superb for golf. And now that the monkey is off his back he could go on to do great things….he’s already up to 14th in the world rankings and who knows how far he can go.
Once again the Masters was an amazing week of sporting theatre. It really is one of the greatest sporting weeks of the year, especially in April and especially with patrons (fans) back on course. Long may it reign.

INS AND OUTS AT MUNSTER 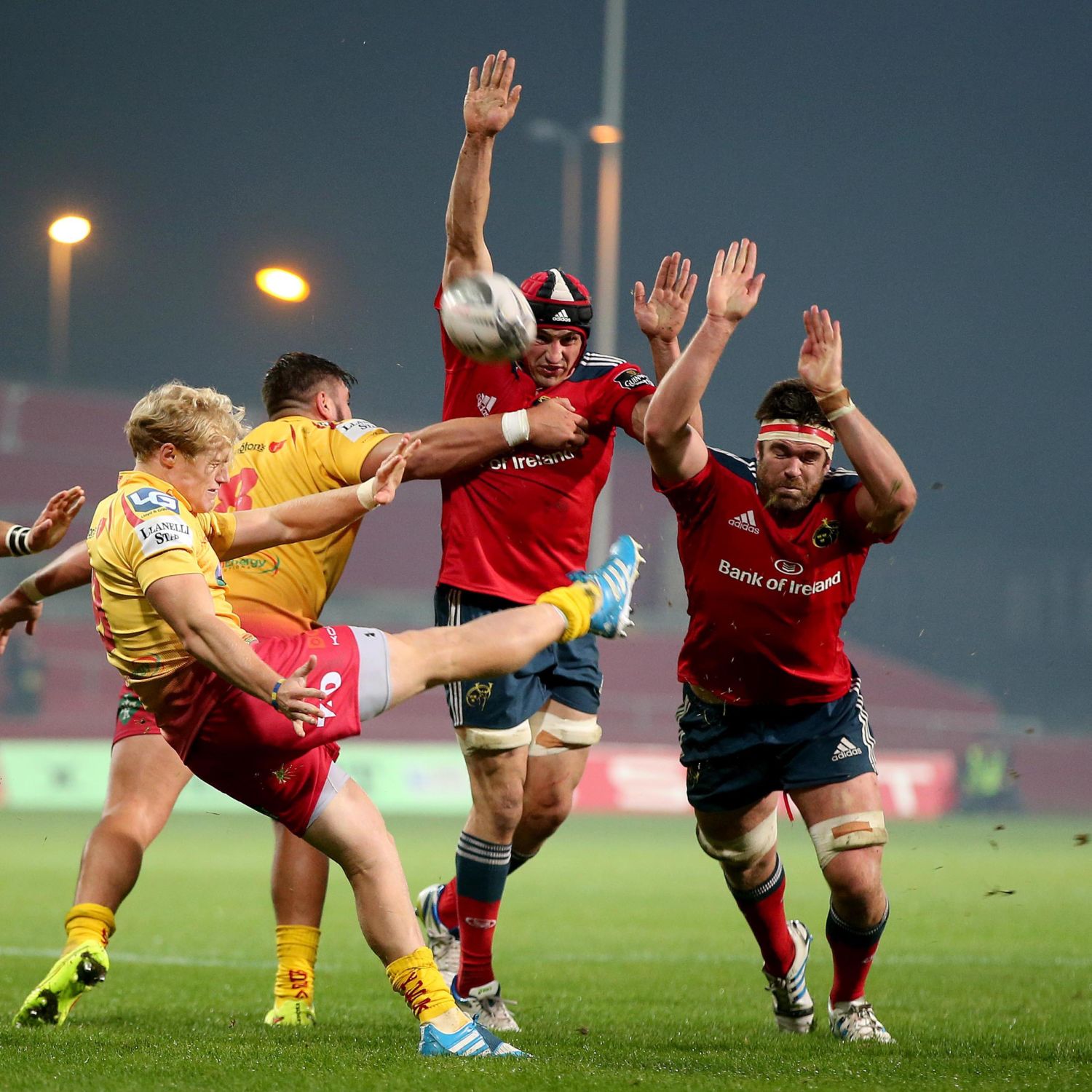 Tommy O’Donnell and Billy Holland were brilliant servants and fans favourites during their Munster careers. Both will retire at the end of the season.

There was mixed news on the incoming and outgoings news from Munster Rugby this week. The sad news was the retirement (at the end of the season) of Tipperary man Tommy O’Donnell. I was always a huge fan of the wing forward. He was a cracking players who never left the field without leaving every ounce of energy he had out there for either the red jersey of Munster or the green of Ireland. He’ll be 34 in June and he hasn’t really featured in the matchday squads in recent times so I can see how he feels the time is right to move on.
It’s hard to believe that he made his debut in the Magners League, against the Scarlets, all the way back in 2007. To-date he has 186 Munster appearances and 13 caps for Ireland, including two Six Nations championships in 2014 and 2015.
Even though he was plagued by injury over the years, I always felt that he should have won a lot more than 13 Irish caps. Regardless, he was a great player for Munster and will be fondly remembered.
Another man who was a great player for Munster and hopefully will be again is Simon Zeebo. It was announced this week that the Blackrock, Co. Cork native will rejoin Munster in the summer after spending three years with Racing 92 in Paris. During his first spell in the red of Munster, between 2010 and 2018, he scored 60 tries in 144 appearances.
I saw a train of thought on Social Media this week that Zeebo’s motivation for taking an alleged pay-cut to return to Munster is because Keith Earls is currently within three tries of his Munster record….maybe so. Either way it will be great to see Zeebs back in a Munster (and hopefully an Irish jersey) next season.
One man who won’t be in a Munster jersey next season is the retiring Billy Holland. An awful lot was made of CJ Stander’s decision to retire from rugby at the end of the season but Billy’s announcement was more low key, just as he would have wanted I suspect. But what a servant he has been for Munster rugby. He actually made his debut in the same game as Tommy O’Donnell, against Scarlets in 2007 and since then he’s notched up an incredible 245 appearances for his province, second only to Donnacha O’Callaghan. The shame is that he only won one Irish cap but amongst Munster fans he will always been revered as a legend. He was rarely if ever injured and like O’Donnell always gave absolutely everything for the Munster cause. He has also done wonderful work off the field like last year when he and his wife, Lanlih, helped to raise over €700,000 for Our Lady’s Children’s Hospital in Crumlin and the children’s wards at Cork University Hospital to remember their brave little girl, Emmeline, who died at just three-weeks old in 2019.
That’s sport. Some heroes come to a certain age and have to retire, others come in to take their place and become heroes in their own right and some heroes go away and come back again. Let’s hope 2022 sees Munster end the long long wait for silverware…we could do with some. 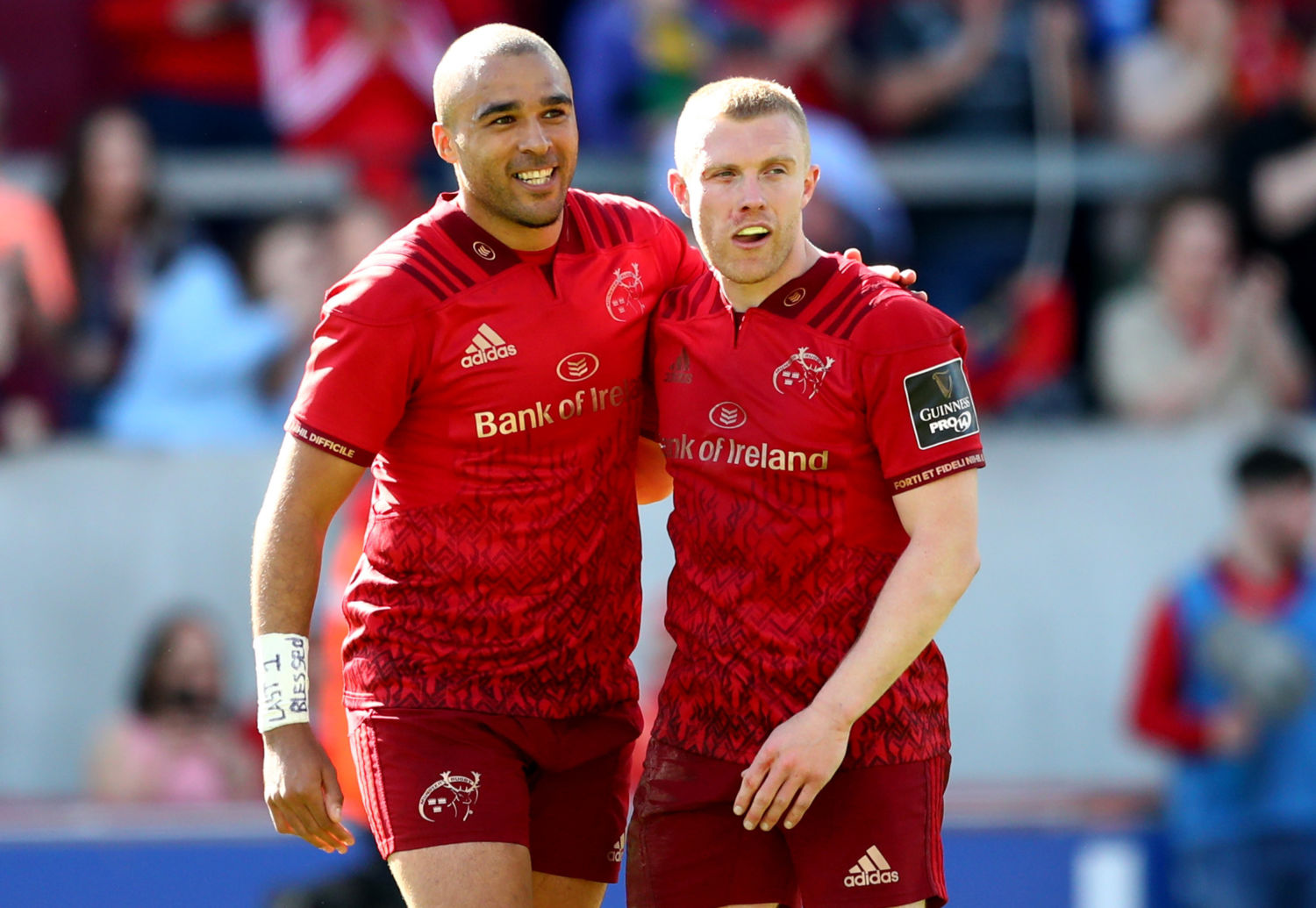 Simon Zebo has returned to Munster to try and stop Keith Earls from breaking his try scoring record at the province – allegedly.