Phoenix: Land of hope and Leo? 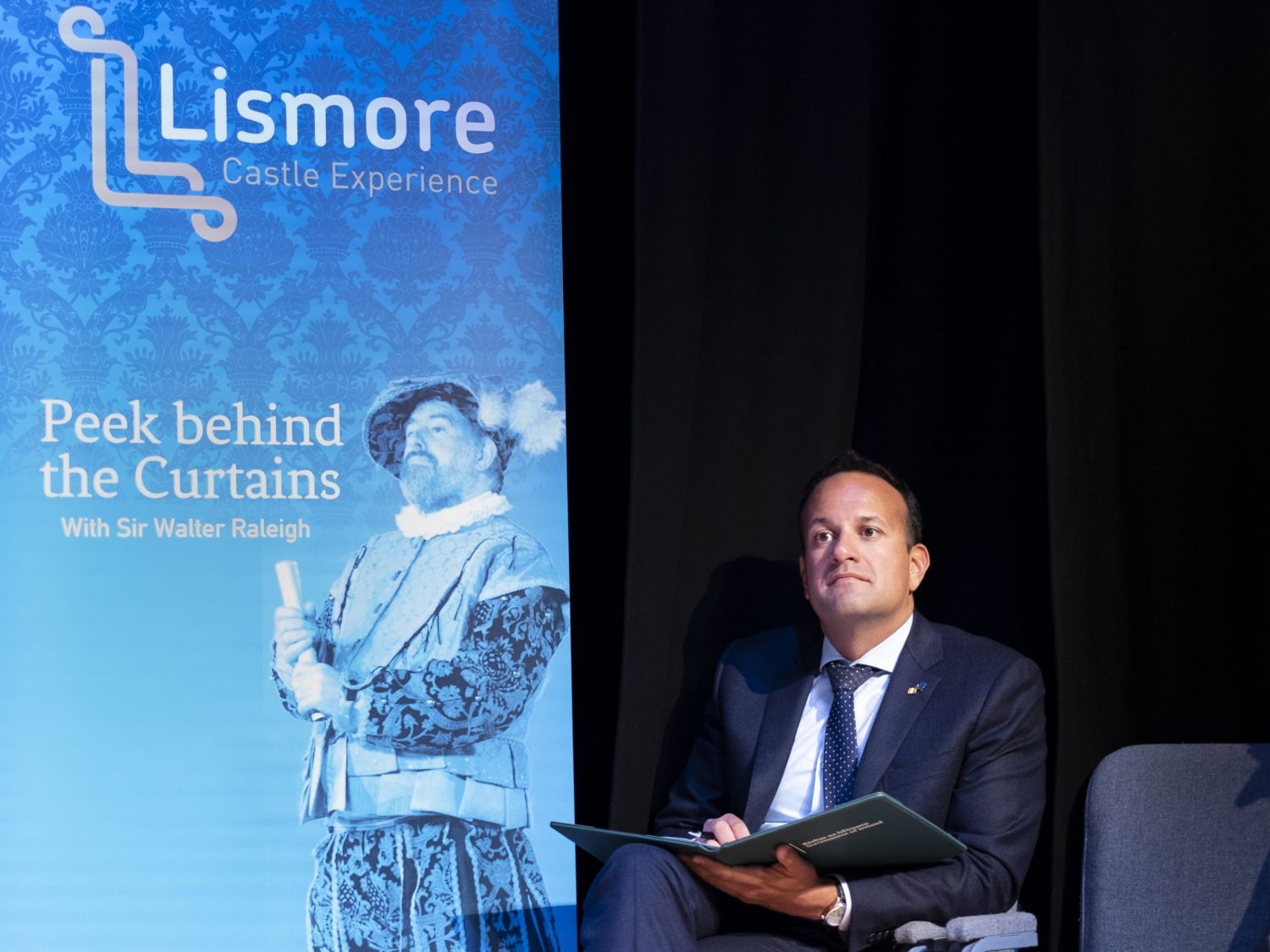 THE hope was that this week’s column would be easy going and happy clappy and that we could talk about what an asset the Greenway has been during lockdown, how clean the city is, how well the People’s Park looks and our hopes that Covid is being defeated and how opening up to some kind of normality just might be on the horizon. Mostly, hopes for the future as the weather is good and summer is on the way, but, as ever, events, dear boy, events intervene. Last Wednesday I got a phone call at 12.30pm saying that Tánaiste Leo Varadkar had announced during the Chamber of Commerce zoom conference in the Theatre Royal on Waterford 2040 that the HQ of the proposed new TUSE would be in Waterford. I listened with bated breath to the WLR lunch time news in the hope of hearing our local TDs and the rest of the TUSE claque welcome the one piece of news, which might make the TUSE palatable, but not one political rep put their head above the parapet on this? Is everyone suddenly hedging their bets on the TUSE? Not a word, not a dickie bird, just an everyday report of the event and Mr Varadkar’s comment that the TUSE would be “centred in Waterford”.

‘I long harboured hopes and dreams that Mr Varadkar, a onetime Taoiseach and now Tánaiste with Waterford roots, would someday have a Pauline conversion on the M9 and rediscover those roots’

For the life of me, we all understand why people want the word university over the door in Waterford and may even believe that the TUSE, which is not UL or NUIG equivalent, will be a good thing… in time. There is, though, a major difference between what people actually “hear” and what is actually “said”. We interpret things as we would like them to be. Like many people I long harboured hopes and dreams that Mr Varadkar, a onetime Taoiseach and now Tánaiste with Waterford roots, would someday have a Pauline conversion on the M9 and rediscover those roots. He has, after all, spoken the nice words and intoned the usual blessings and platitudes on several occasions, most notably at Bausch and Lomb in July 2017, but action has rarely followed. The Waterford/Ireland 2040 event in Waterford, which has a very attractive video about the city and county and can be seen on YouTube, was, as ever with Mr Varadkar, non-news.

We keep thinking/ hoping that a Taoiseach/ Tánaiste with Waterford roots would do more than just articulate our problems, but rather follow the analysis up with investment solutions, in somewhat the same manner as politicians and public figures with Cork and Galway roots always seem to do. We heard again the political regurgitation, repeat, reiteration and whatever you like of the fact that “Waterford has lost confidence in recent years” from Mr Varadkar, which was little short of distressing to those of us who look to him for Waterford sympathies and solutions. It’s a case, as Joe Biden has often said, of “show me the money, the budget, the allocation and I will tell you where your sympathies and priorities lie”!

We all know the detail. We have lived through the sad demise of Waterford Crystal at Kilbarry and can see the wretched ruin which now disgraces that site. Rumours of its impending purchase for WIT have evaporated like the snows of last winter. We saw local unemployment figures balloon pre pandemic, while the tidal wave of investment went elsewhere, to Limerick and Galway, our one time peer cities, leaving us wondering if we can bear comparison with these areas at all? When looking for a university, it would be expected that someone like John Cummins who attended UL would know exactly what we need. He studied there after all and must know the huge investment that institution has had. No one there would compare UL with Limerick IT and expect that comparison to hold.

UL is not like the TUSE, which will be spread for base political reasons and nothing else, nothing else, around this region like margarine. No one has ever suggested that UL should be merged with NUI Galway or that the UL leadership might decant to Galway as a regional university HQ, while opening up an equal sized campus in Ennis to which some of the UL faculties would be moved along the way. Why are our ambitions stitched up in the Dunnes Stores bag and made available in every county town in Ireland? Why must we accept what a bad government insists on shoving down our throats as “the only game in town”? Because we’re not worth it?

The government can scarcely go home to Cork (for that’s where the government resides as far as Waterford is concerned) for the weekend without one of their supercilious princelings dropping a €I00m project on the city. Is Mr Varadkar, or the Dublin leadership unable to discern the difference between cause and effect? People in this small city have seen public policy over the past decade, while Fine Gael has been in power, attempt to drive Waterford into the ranks of the county towns. Our VEC, which graced The Mall for decades, now resides in Wexford town. Our hospital management has been drafted to the tender mercies of Cork and the Wilton banditti. Our City Council is a movable travel and subsistence feast centred nowhere. Some would say government has already succeeded in breaking Waterford city and that we will soon be like Kilkenny, affecting the use of the word “city” for historical reasons and little else. We are hanging on by a thread out of sheer doggedness and tenacity. Latterly, there are some small signs from government that they are at least aware of the Waterford issues and funding has begun to appear, albeit in lesser quantities than we would like, but the struggle to stay in touch is immense.

Mr Varadkar referred again in the Theatre Royal gig to projects which have been done to death, the North Quays, the Dunmore Wing, the second cath lab, the URDF funding, the TUSE. Yet he was part of governments, and been the Taoiseach of the 2017/2020 government, when the North Quays funding was delayed, when the second cath lab was dragged through the bushes, when the still unbuilt WIT engineering building was postponed time after time, etc, etc. The TUSE will be “centred” on Waterford, he says, but what does that mean? Are we unable to get a statement from any government minister about Waterford city, which is clear, exact and explicit? We have the extraordinary situation where the Minister for Further Education, Simon Harris refuses to engage with Waterford media or local public reps on the subject of WIT. He proposes to extinguish WIT next month if the agreement between Waterford and Carlow is signed and remove the name Waterford from the international pantheon of third level institutions and yet will not even come here to talk to us about it. What kind of democracy and interaction with the electorate is that? What kind of FG politics is it?

The Chamber of Commerce gig in the Theatre Royal was rightly all about the Waterford of the future. UHW and WIT/TUSE are central to that future just as they were in 2011 when Fine Gael came into office. If I hear once more about the Greenway, which is a wonderful 2017 project and a great asset to city and county, but whose funding was delayed while the city coffers were emptied to pay for it and which still has not reached as far as our city centre, I think I’ll scream.