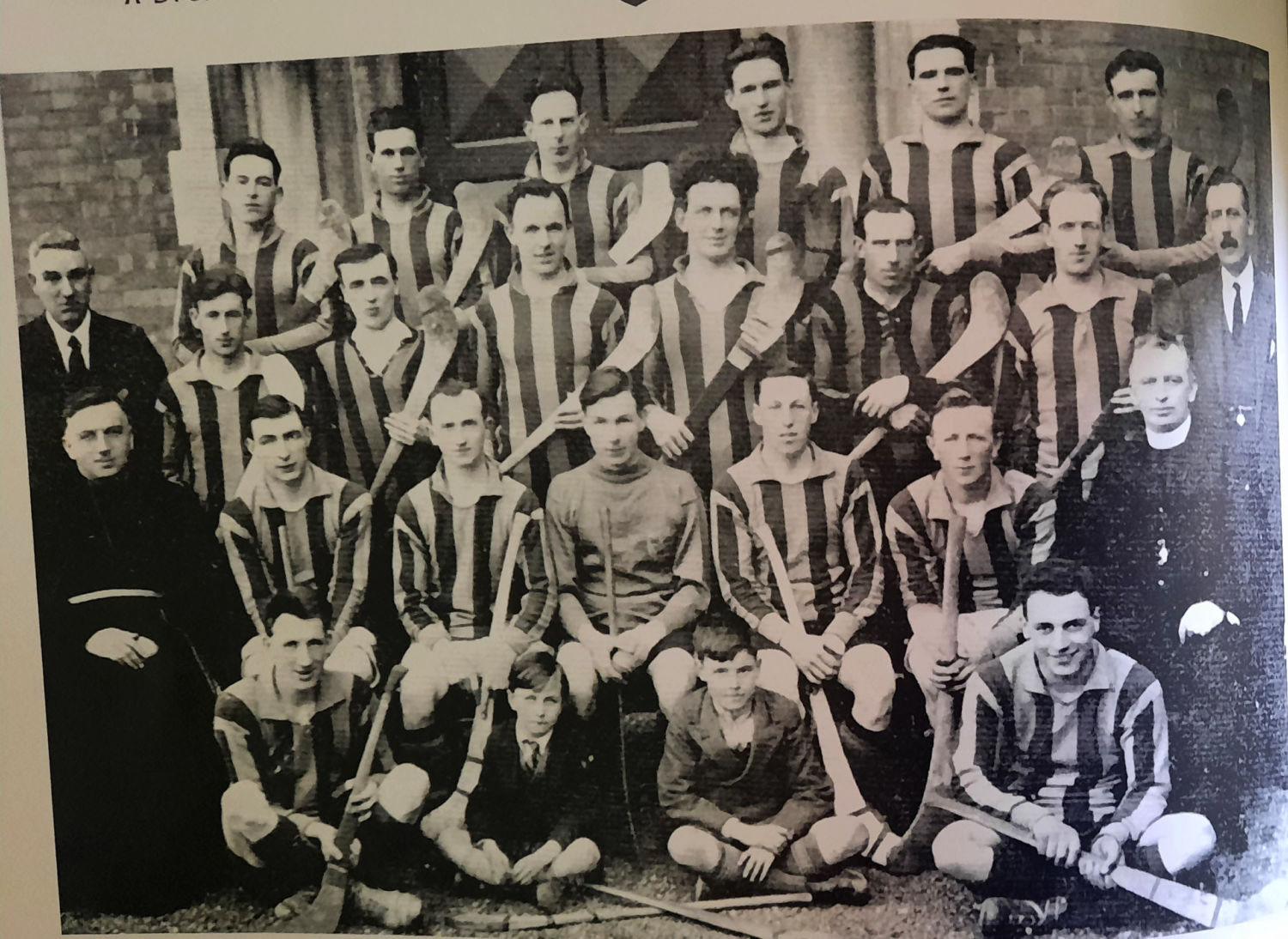 As hurling history moved into the second half of the 20th century Christy Ring was at the height of his popularity and players such as Tommy Doyle, Pat Stakelum and Jimmy Langton enjoyed the adulation and hero worship we attribute to the heroes of the modern era. Back then it was a different world, no television or social media with the newspapers being the dominant source of sporting information for the masses and radio commanding huge audiences for live broadcasts of the big events.
Though coming to the end of a stellar career at that time, John Keane was still a force to be reckoned with and up there in the strata of Mackey and Ring as one of the all-time greats of the game throughout the thirties and forties.
In 1950 the Waterford Star, forerunner to the amalgamation with the Waterford News that brought you your present title, achieved something of a coup in persuading John Keane to submit a weekly column on hurling covering his memories of those he admired growing up, the great players he played with and against throughout his career and his opinions on the hurling scene as it was moving into the fifties.
Seventy years on, those weekly columns have come to hand and provide a most interesting historical perspective on Waterford hurling as seen through the eye of one of Waterford’s and indeed, the game’s, all-time greats. In the coming weeks we will publish selected extracts that will stir memories in clubs and more so in traditional hurling families.
The great Erins Own side of the late twenties and the thirties brought Waterford hurling to the level where the county competed with the great teams of the time. Family names were well associated with their clubs in those days. The contribution of the Ware brothers to the rise of Erins Own and Waterford is well documented and we begin here with Keane’s recollections of another family who also made a huge contribution to the same cause. Here then is John Keane’s recollections, in his own words, of the Fardeys of Slievekeale, a top of the town family, as written in 1951.
‘The Hurling Fardeys, there were four of them, hailed from Slievekeale, in sight of The Sports Field (Walsh Park) and played with Erins Own. True, Mitchells and O’Rourkes (of the pre Erins Own era) can lay claim to two of them but in the minds of hurling fans everywhere their names are inseparably linked to that brilliant club combination of their day, Erins Own.
The four brothers, Michael, Johnny, Dave and Nicky, attended Mount Sion school and there received their introduction to Gaelic Games. Michael Fardey is the only one who did not play for Erins Own. His allegiance was to The O’Rourkes, a club which, for dogged perseverance, earned a special niche among the hurling clubs of the county with players such as the Kennedys, ‘Sticker’ and ‘Gum’. Gum’s sons Pierce and Tom carry on the name of their father and continue the O’Rourkes spirit with Mount Sion. (Tom went on to win minor and senior championships with Mount Sion and having transferred to Erins Own was on the team that defeated Mount Sion in the final of 1962. Now passed on, he was a great uncle of Austin Gleeson)
At the height of his career Johnny Fardey was one of the great men in Waterford hurling. As a defender he had few equals alongside Lukie Ryan and the great Charlie Ware in a fullback line that was the envy of every club in Ireland. Johnny was a stylish player and a master tactician. A quiet inobtrusive player whose contribution to the rise to stardom of his great captain Charlie Ware has never been fully appreciated. In his minor days Johnny played with the now long forgotten Mitchells club, based mainly in the Yellow Road area. From minor he moved straight to playing with Erins Own and Waterford making his senior intercounty debut in 1928. His most memorable game in county colours was in 1930 when, with his brothers Nicky and Dave on the panel, he starred in Waterford’s championship win over Limerick in The Gaelic Grounds, a result that signalled Waterford’s arrival as a force in hurling.
Many that knew Johnny Fardey and played with him or against him rated him as one of the best ever in his position and his enforced retirement before his time dealt a severe blow to Waterford hurling in the early thirties.
Like Michael, Dave Fardey did not figure as prominently on the intercounty scene as Johnny did or Nicky would. A left wing forward of amazing dexterity he was a force unto himself and won many championships and other honours with Erins Own. Dave had a great love of hurling and his delight was to gather with his brothers after games and discuss every move of the hour’s play.
Nicky Fardey was the youngest and, perhaps, the best known of the clan, a hurling master if ever there was one. Nicky Fardey was small and slight of stature but he was a bundle of atomic energy who exploded among startled defenders with devastating effect and was outstanding in Waterford’s first national triumph, the winning of the 1929 All Ireland minor title. From that he jumped straight into the senior ranks with club and county and participated in all of Erins Own’s successes right up to the club’s last county title win in 1947. The greatest memory of him is his display on Lowry Meagher of Tullaroan and Kilkenny fame in one of those epic clashes between Erins Own and the Kilkenny champions which brightened up hurling in Waterford in the thirties. On that particular occasion the diminutive Slievekeale man completely outplayed the great Kilkenny star then at the height of his fame.
Those then, are the Fardeys of Slievekeale, a quiet and unassuming family who have passed from the limelight but whose work and service in the cause of Waterford hurling will not be forgotten.’ 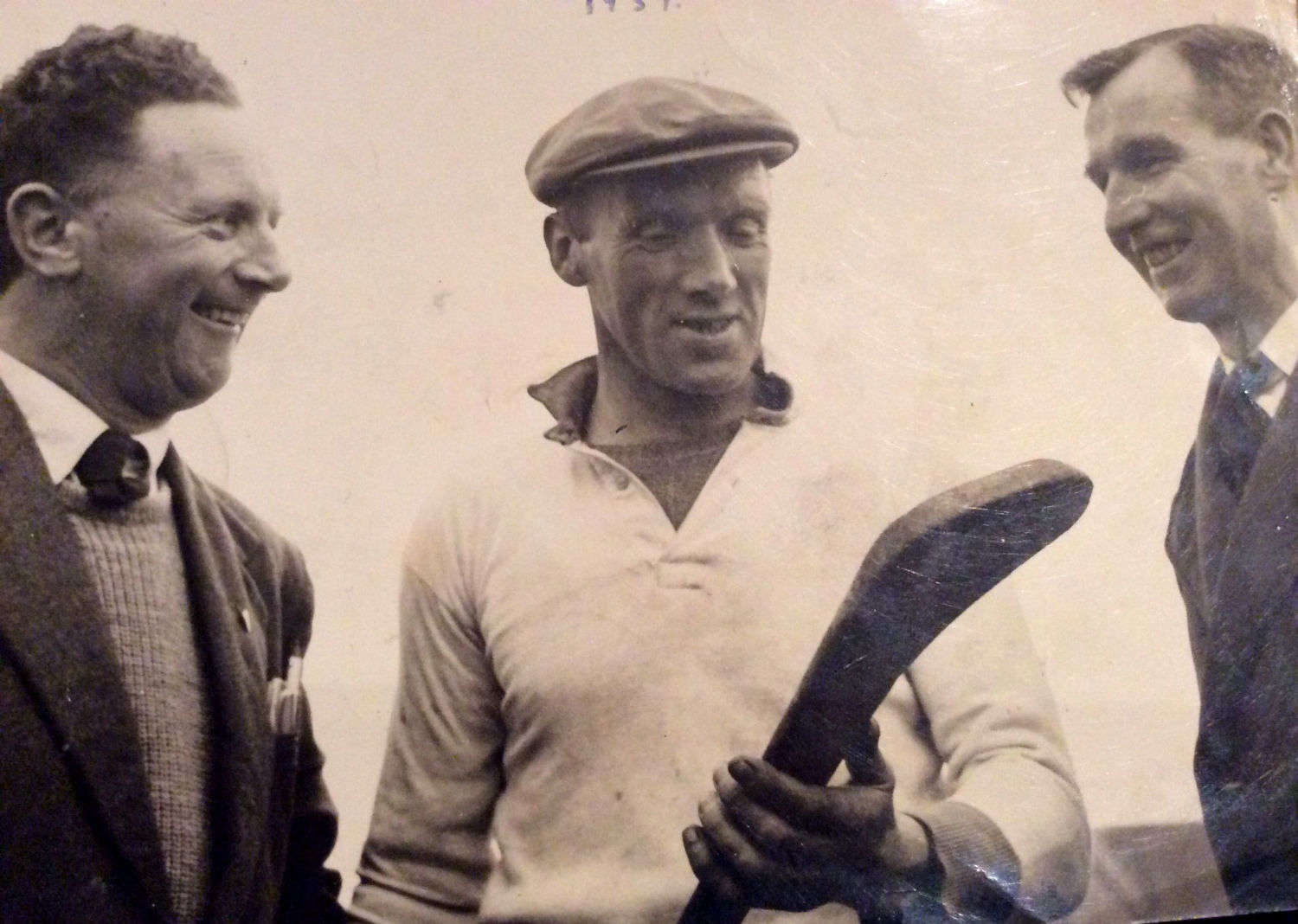