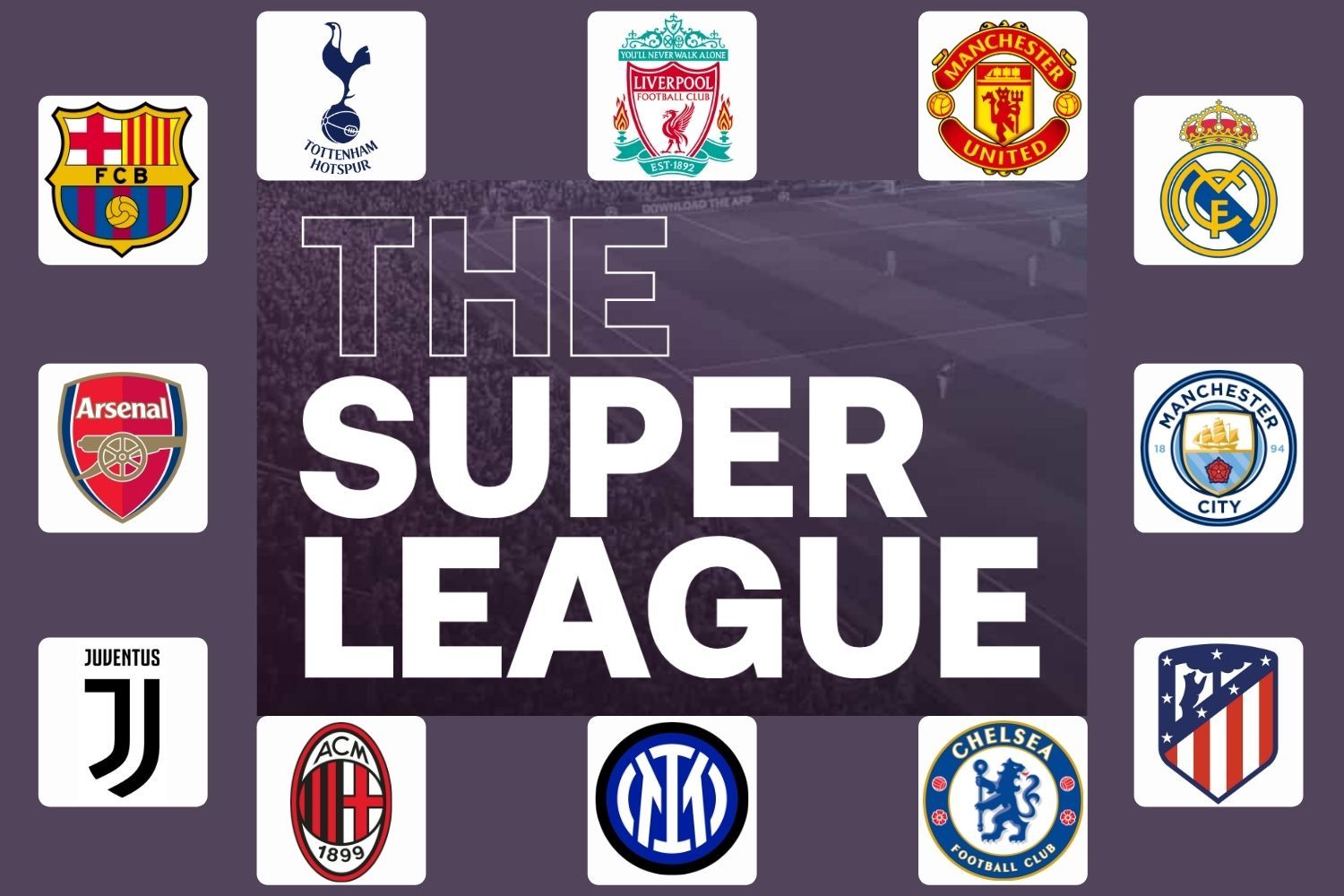 ROLLERBALL is a film that came out in the mid 70s. James Caan plays a star from a futuristic brutal sport where elite ‘Rollerballers’ are like gods. He’s fabulously wealthy and revered by players and fans alike. He has it all until the “owners”, a huge global corporation, decide he has to retire, much to our hero’s horror. He’s getting too big and they don’t want anyone overshadowing the actual “game”. It’s just a work of fiction. We all know corporate interests would never run sport this way. Or could they? Just look at the proposed breakaway of elite soccer clubs to form the so called ESL (European Super League)? A small, but influential group slyly attempted to make a move to usurp power in European football without any consultation with the members. The idea fell like a house of cards in just a few days.

The might sitting in the Ivory Towered offices of Liverpool, Manchester United, Chelsea and others had consented to joining, but never contended that the real fuel of the beautiful game lies with the ordinary supporter. The backlash was universal. The fans loudly said “no”. Some even went as far as to break in to Man United’s training ground to vent their fury. A banner held up by a Liverpool fan read, “Created by the poor. Stolen by the rich.” A spokesman for the Liverpool supporters group said: We feel we can no longer give our support to a club which puts financial greed above the integrity of the game. They have sold their soul.” Club owners FSG were forced into a u-turn. It was seen as a betrayal of everything Liverpool FC has stood for, for centuries.

I have never been against the principal of making money and being successful in sport, but when you do it in the shadows, there’s something rotten going on. So much for the club motto “You’ll Never Walk Alone”. The suspicion that the guys at the top don’t care has been proven. They didn’t make their fortunes based on making sure the public are happy. Liverpool owner John Henry is a businessman, not a football fan. Former Liverpool and England star John Barnes was quick to reply to hurt Liverpool fans calling for Henry to sell the club. Barnes says it wouldn’t make any sense. What then, a bigger, even wealthier owner? Would they pay any more attention to what the ordinary fans want? Unlikely.

So what are we to make of Mr. Henry’s public apology? Former Pool player Didi Hamann felt no apology would have been better than the one offered. I think it certainly deserves Spike Milligan’s famous quip, “grovelling bastard”. At the time of writing, there are suggestions that Henry will splash out on a big transfer target or two to make amends.

In the space of a week the veil has been ripped off completely. The reality of modern football has been laid bare and the greed that is at the heart of the modern game fully exposed. We knew about it but were generally pretending it wasn’t there. The power games have been going on for years and the top dogs of football have only ever been interested in profit. It’s an investment to make money.

It’s probably naïve of fans to want it every way. We crave League titles and Champions League victories but success costs and someone has to pay for it. If millions are invested, why shouldn’t they be entitled to a return. I have no problem with doing good business, but underhandedness is the problem.

It’s sad to see small clubs like Bury going out of business recently. No one was there to bail them out and a whole community of fans lost their jewel, the pride of the town for many. Equally galling though, to see the names of towns and cities being turned in to brand names without the consent of the ones who helped build them and who love them the most.

Foreign owners, and perhaps the American owners in particular, clearly don’t get it and they have no idea about tradition. The US model of running sports teams is vastly different. If they thought they could crack on with this move unchallenged, they severely underestimated the power fans yield. That at least has been heartening for me and, rivalries aside, supporters united in a solid show of contempt.

John Barnes suggested it may be time for a cap on salaries for players and a more level playing field for clubs, but will anyone agree to that? It has a whiff of communism about it and unfortunately that ideology only ever works on paper. The whole thing has gotten totally out of hand. Can I even identify with millionaire footballers whose loyalty sometimes runs out with their latest contract? At least with the GAA, they normally stay in one team, their heart and soul invested there. In football, a guy playing beside you one season is out to stop you the next. I have to question what a football club is supposed to be in 2021. Is a club a family or a consortium? It feel’s to me like today’s supporters are just numbers, fuel for a big global brand. Is the average Joe Football Ticket Buyer any more important to their club than say a customer is to Sky or Vodaphone? Probably not.

This battle was won, but there may still be a war looming. JP Morgan Bank was reportedly the big driver behind the ESL and it was going to pump enormous funds into it. It wasn’t doing that without an eye on the potentially huge returns. Can they be held back forever? Plans for a Super League may be derailed temporarily but I get the sneaking feeling that the Godfathers in the darkened boardrooms will not go quietly in to the sunset. In an ideal world sport would be untouched by such ugliness as greed and avarice and commercialism, but let’s face it, it’s been about the cash for years. I’m slowly losing my passion for it.

Sir Alex Ferguson sounded a warning and believes the Super League would end European football as we know it saying, “The existing football structure gives any club the opportunity to rise to the top of the pyramid. The Super League effectively shuts the door on it, ensuring that power is concentrated in the hands of a select few.”

Gandhi said, “Earth provides enough to satisfy every man’s needs, but not every man’s greed.” Like a not so good soap opera, this one could run for quite a while yet.