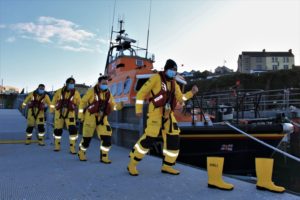 Promoting their ‘Mayday Mile’ fundraiser this week, the RNLI noted that of those launches from Tramore, Dunmore East and Helvick Head, 12 “were carried out in the hours of darkness”.

According to the RNLI, just over half (53%) of its 945 lifeboat launches in Ireland last year took place during June, July and August, bringing 1,145 people to safety.

Last October, the Dunmore crew, along with their colleagues at the Kilmore Quay and Rosslare stations responded to a callout for the ‘Lily B,’ a 4,000-tonne vessel with nine crew onboard.

The Tramore station also had one of its busiest years on record, which even involved launching three times in a single day during the summer.

Said Tramore RNLI Lifeboat Operations Manager Clive Smith: “Last year was one of our busiest years and most of our callouts took place in just a few kilometres from the station. With restrictions still in place we are expecting a busy summer and if we get good weather, we could see a lot of people enjoying the coast and taking part in water activities. Our lifeboat crews will be on call as always and we are very grateful for the support we get from the public, which goes to fund our lifeboats, training and equipment.”

The RNLI’s Mayday campaign begins on Saturday next, May 1 and runs throughout the month. Lifesavers are calling on supporters to join the event and cover the distance for the charity in any way they chose to raise vital funds to help lifeboat crews continue their work.

“The Mayday Mile is a fun activity that anyone can do, covering any distance they like,” said Clive Smith. “In taking part you are helping to save lives at sea.”

To sign up for the Mayday Mile, or to make a donation in support of the RNLI, visit RNLI.org/supportMayday 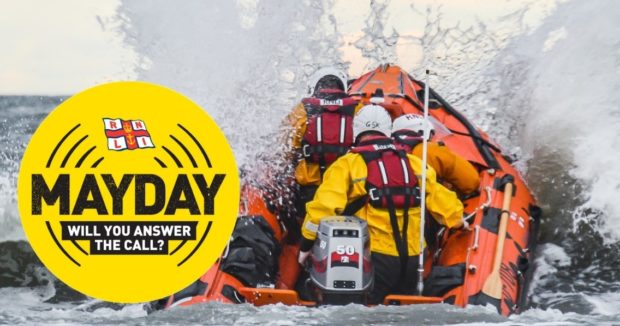