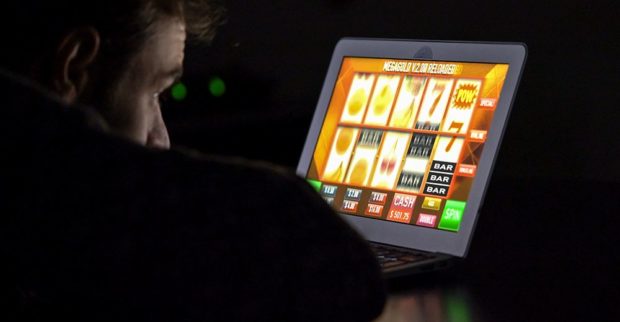 The first part of The View from the Blue, published on April 20

I WILL lose at least half my audience as soon as you find out what this column is about but please, hear me out – at the very least it will give you something else to be enraged about. For the past few weeks I’ve been interviewing a gambling addict and finding out a lot of things about the industry that even I – a self confessed addict – didn’t know. I didn’t think I could be surprised by the gambling industry but boy was I wrong.

In the last few days, this person decided against going on the record and with that, their story had to be shelved. There are many times in which an anonymous source can lead to very effective story-telling but then there are others that are almost unprintable unless you have a named source standing over the claims.

In any event, through this week’s column, I’m going to summarise the story and the current situation around gambling in Ireland. First and foremost, I should say that for many people, gambling is a perfectly acceptable and enjoyable pastime because they possess the ability to gamble within their means. Sadly, there is a growing number of people in this country who are unable to control themselves when it comes to the allure of the horses, the soccer, the golf, the slot machines or whatever else comes between them and their hard earned money.

After I spoke to the young gentleman, I spoke to an addiction counsellor based in Waterford who told me that gambling is reaching epidemic levels at the moment. She told me that she has never treated as many problem gamblers in Waterford and if she had more resources she could probably have sessions on the hour, every hour, 24 hours a week.

One of the biggest problems about gambling is the fact that your husband or wife could be doing it right now, sitting across from you on their phone. For all you know, they may have just lost next month’s mortgage and the savings are about to go next. This was the exact situation that “John” found himself in three months ago but his gambling experience left my mouth wide open, and I thought I knew all there was to know about gambling in Ireland.

“They say that the first step is admitting you have a problem”, John told me during a walk around the People’s Park. “I’ve known since I was about 20 that I was a deplorable, degenerate gambler. I had a great way of convincing myself that I wasn’t as bad as others and didn’t need to get help. I used to bet intermittently and when I wasn’t gambling I felt normal enough to sustain myself – if that makes sense.”

The start of John’s story is very similar but it’s the end of it that took me by surprise. He said that during the lockdown he began betting more and more with his phone, to the point where there were nights when he didn’t sleep at all.

“I went into the spare room and told the wife I wasn’t feeling well,” he said. “Like all bad habits, gambling is so much better when you’re on your own, with no interruptions.”

Believe it or not, this is something that kids as young as six are doing. Heading off to their bedrooms with their iPads, locking themselves into their own hypnotic worlds.

“It was the middle of the night, so I wasn’t backing horses, or soccer matches,” he said. “It was slot machines. Something I had never touched when I used to gamble in my 20s.”

The danger of these machines is that you can lose money 1,000 times faster than you could ever earn it. John starting off at €1 and €2 a spin, but was then moving up to €5 and €10. The occasional wins were giving him a rush of dopamine that cocaine users would be jealous of.

“I was laying beside my wife and I had just won €1,000,” he said. “I could have gone to sleep a happy man, but instead went into the spare room and settled in for another few hours of gambling. I was genuinely transfixed. An airplane could have crashed through the sitting room window and I don’t think I would have noticed.”

“I was up and down like a yoyo but because I was so far away from that €200 that I had originally deposited, I felt grand,” he said. “Slot machines are so much different from the ones we used to see in Tramore back in the day. They must have been designed by gambling psychologists who know exactly how to keep punters coming back for more. It’s the search for a reward, but not knowing when it’s going to come.

“I felt like I was snorting cocaine for the whole night,” John said. “In a rare moment of clarity, I decided that I needed to withdraw some of these winnings.”

Gamban – an app that blocks all gambling websites from your phone/computer etc.