Blues slip to sixth defeat of the season 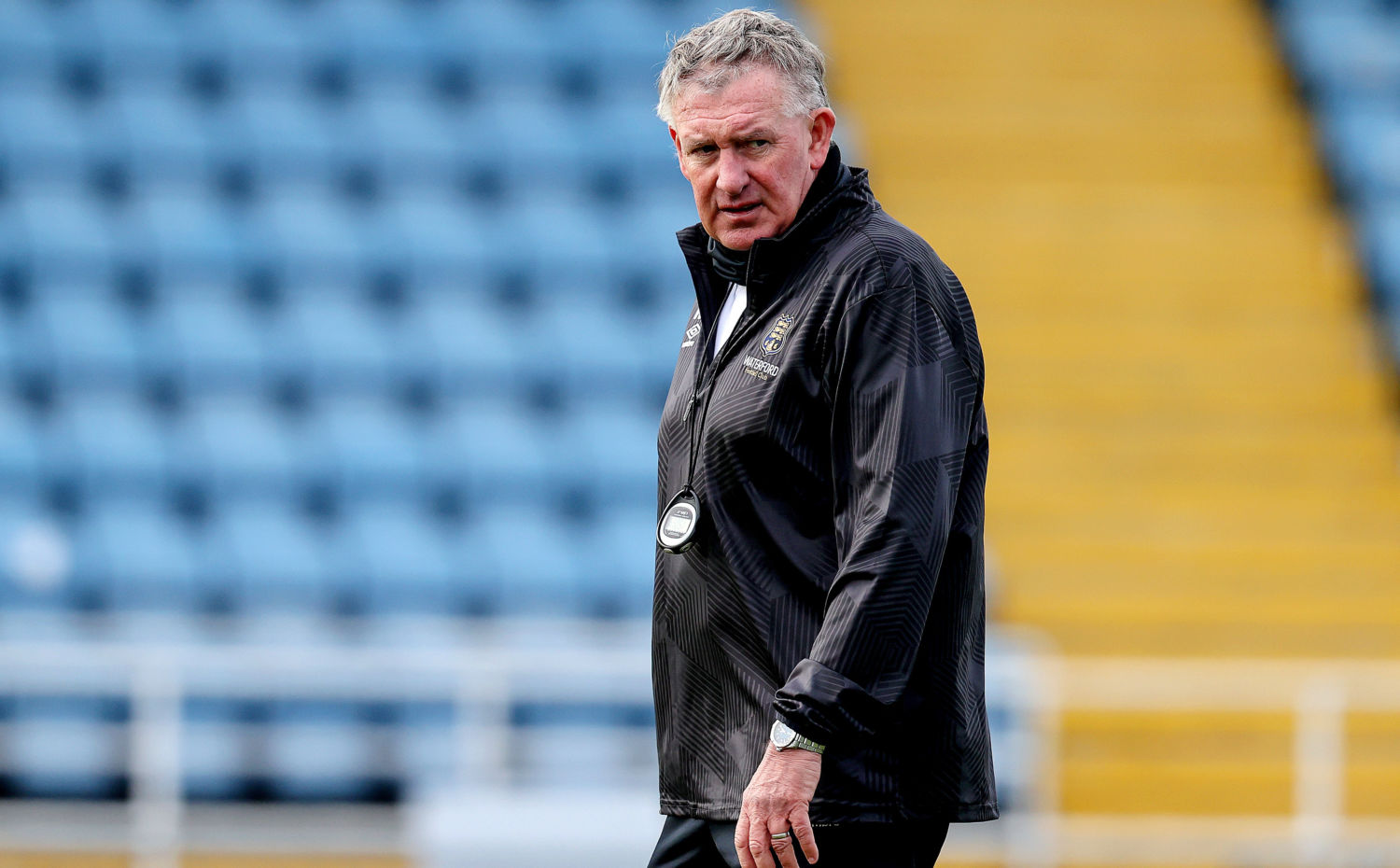 Kevin Sheedy’s side slumped to their sixth defeat from eight games with their heaviest defeat of the season at home to Dundalk this evening. Photo: Inpho.

The pressure continues to mount on Waterford FC manager Kevin Sheedy as his side suffered their sixth league defeat of the season at the hands of Dundalk FC in the SSE Airtricity Premier Division at the RSC this evening as the visitors claimed a 3-0 success that ensured the Blues slipped to ninth of the ten teams in the table.

By the time striker John Martin hit the post and crossbar in the space of 15 minutes second-half minutes, the game was up for his side at this stage as Dundalk were three goals to the good through Andy Boyle, Chris Shields, and Michael Duffy finishes.

David McMillan twice went close for Jim Magilton’s side inside the opening four minutes before a set piece gave Dundalk the lead on 24 minutes. Michael Duffy sent in a free-kick from the right that found the head of the unchallenged Andy Boyle, and he powered a header past Paul Martin.

After Adam O’Reilly missed a good chance to level on 35 minutes when just failing to finish a John Martin cross, a second Dundalk goal came from the penalty spot two minutes before the break when Chris Shields converted from 12 yards after Junior Ogedi-Uzokwe was fouled by Prince Mutswunguma.

The second-half was less than 25 seconds old when Dundalk added a third goal that secured the win when Raivis Jurkovskis went on a run before setting up Michael Duffy, and he curled a cracking right-footed strike from 20-yards found the top corner to give Paul Martin no chance.

Waterford kept fighting with John Martin hitting the post on 54 minutes before the same player somehow struck the crossbar ten minutes later from close-range, but Dundalk saw out the game comfortable with ten men after Cameron Dummigan was forced off injured ten minutes from time.

Full report, reaction and analysis from the RSC in Tuesday’s Waterford News & Star