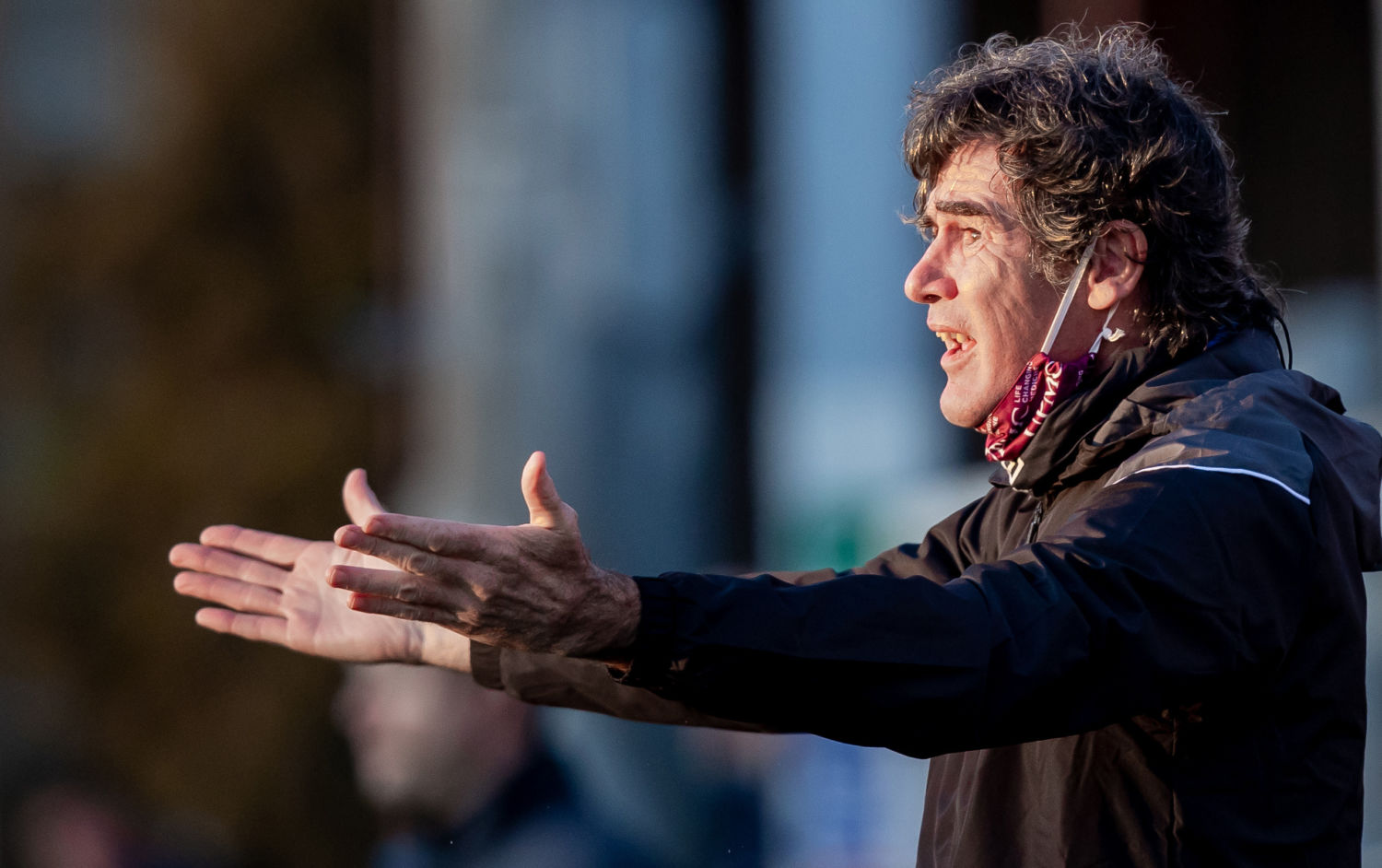 Waterford FC assistant manager, Mike Newell, is believed to have received a four game ban for his second red card of the season. Photos: Inpho.

Waterford FC assistant manager Mike Newell is believed to have been hit with a four game ban after he was sent off in last week’s defeat at the hands of St. Patrick’s Athletic, but he will be in the dugout for this evening’s SSE Airtricity Premier Division clash with Dundalk FC.
The FAI Disciplinary Control Unit (DCU) met on Wednesday where it’s believed that Newell was handed his second ban of the season, and although the FAI have confirmed to this newspaper that it will come into effect from Monday, May 3, they didn’t confirm the length of suspension.
It would mean that Newell will miss Monday’s game against Shamrock Rovers as well as the upcoming games against Drogheda United, Sligo Rovers and Derry City. He has already missed three games this season as a result of his red card on the opening day of the season against Drogheda.
Newell was dismissed by referee Graham Kelly for the second time this season after an altercation with fourth official Paul McLaughlin in a 1-0 loss at Richmond Park, for an alleged exchange over the colour tape on the socks of a St. Pat’s player.
The 56-year-old, who joined the Blues as assistant boss to Kevin Sheedy last December, faced into a disciplinary hearing for a second time since his arrival on Suirside after he was sent off by the same referee, Graham Kelly, in Drogheda that resulted in a three game ban.

FERGUSON OUT
Meanwhile, Blues defender Kyle Ferguson has received a three match ban after his red card for an elbow on Callum Thompson in last Saturday’s win over Longford Town. Ferguson was dismissed by referee Neil Doyle after clashing with the substitute in the second-half.
The central defender is automatically ruled out of this evening’s meeting against Dundalk, and the club have confirmed in their match day preview for the visit of the Lilywhites that the part time male model will miss further games against Shamrock Rovers and Drogheda United.
Waterford will be without Cian Kavanagh, Oscar Brennan, and Daryl Murphy for certain for the game this evening, while uncertainty surrounds Isaac Tshipamba and Shane Griffin, who dropped to the bench for last week’s game against Longford after picking up an injury against St. Patrick’s Athletic.
The Waterford News & Star understands that Brian Murphy continues to train away from the first team squad with goalkeeping coach Dirk Heinen as the fallout with Newell and manager Kevin Sheedy continues. It is believed that there is still no sign of this issue being solved with owner Lee Power keen to get Murphy back in the first team squad. 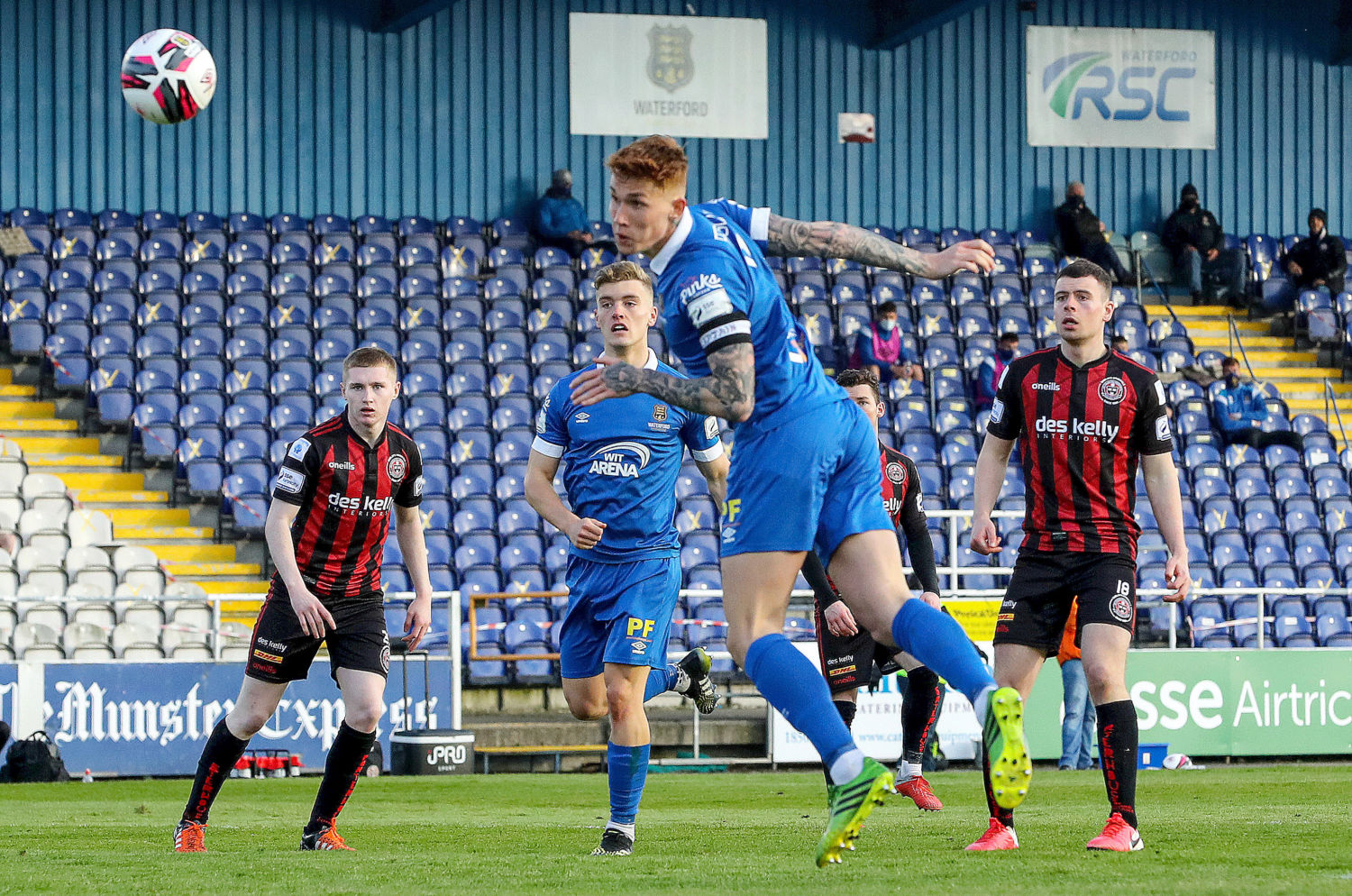 Kyle Ferguson has picked up a three match ban for his red card against Longford Town.