A second heavy loss in four days for Blues 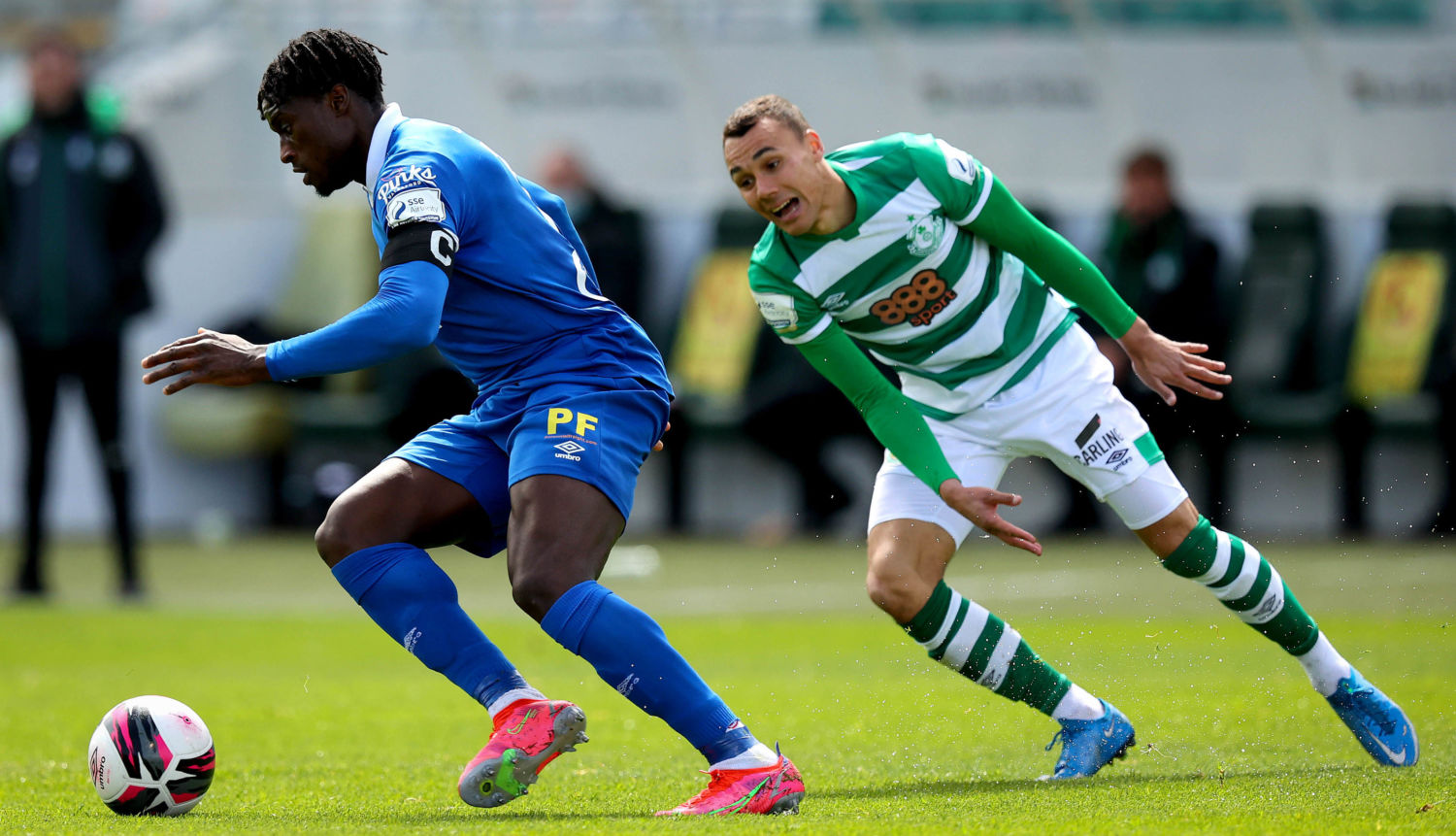 Waterford FC skipper, Tunmise Sobowale, doing his best to get away from Shamrock Rovers’ Graham Burke.

Waterford FC proved no match for a completely dominant Shamrock Rovers side that didn’t have to get out of second gear as Kevin Sheedy’s side suffered a seventh defeat of the SSE Airtricity Premier Division at the Tallaght Stadium this afternoon.

As the pressure continues to mount on the Blues management duo as they currently sit in ninth spot in the table at this time, they can go bottom later today if Longford manage a draw at home to Dundalk.

Things aren’t going to plan for owner Lee Power, who was hoping for a top of the table challenge at the start of the season.

Instead the Blues owner could be forced into making another managerial change at the RSC as the morale within the squad at an all-time low, and after back to back three nil defeats to Dundalk and now Rovers, the focus is firmly now on Waterford FC’s hierarchy.

The home side took the lead in bizarre circumstances on 13 minutes when the ball hit referee Adriano Reale in the build-up to a Rovers attack that saw an uncontested drop ball to Danny Mandroiu, who played a quick pass to Rory Gaffney, and he fired past Paul Martin from 16 yards.

Stephen Bradley’s champions doubled the lead on 33 minutes when Mandroiu played a free kick to Dylan Watts saw his shot blocked into the path of Gary O’Neill, and his shot on target found the net with the aid of a touch from defender Cameron Evans, who couldn’t keep the ball out.

Things got worse for the Blues as Rovers added a third goal on 54 minutes when left-back Max Murphy done well on the top of the penalty area to fed the ball into the path of Danny Mandriou, and he beat keeper Paul Martin with a right-footed strike from 12 yards.

Waterford had their first shot on target from a Niall O’Keeffe free kick on 65 minutes before Darragh Nugent dragged a shot wide for the dominant hosts ten minutes later. Graham Burke and Dean Williams had further chances late on with the hosts having harder training games than the ninety minutes that this game produced.

Full report on this game and Friday’s loss to Dundalk plus reaction and analysis in tomorrow’s Waterford News & Star. 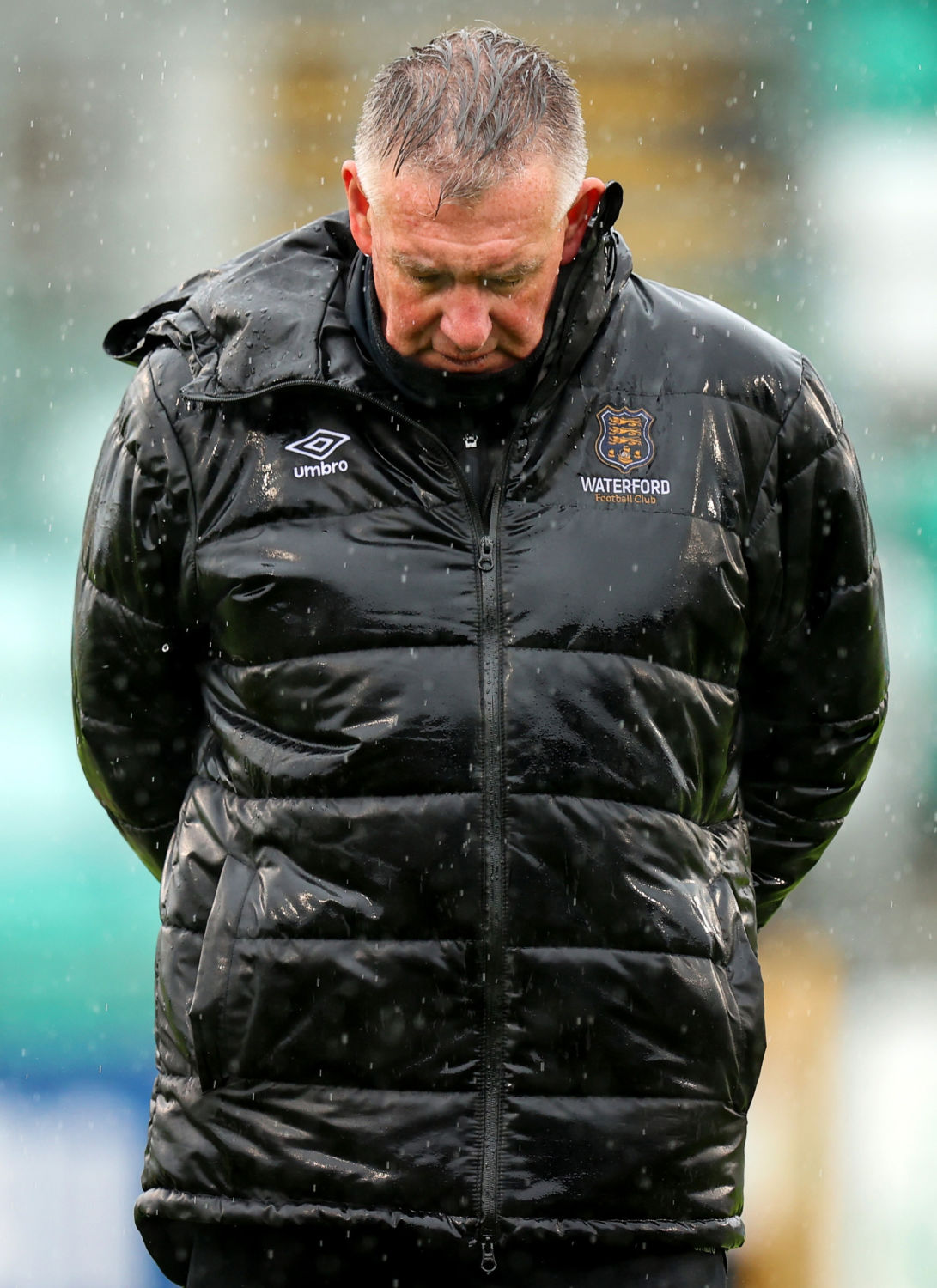 A dejected looking Kevin Sheedy as his Waterford FC side slumped to a second 3-0 defeat in four days, this afternoon at the Tallaght Stadium. Photos: Inpho.