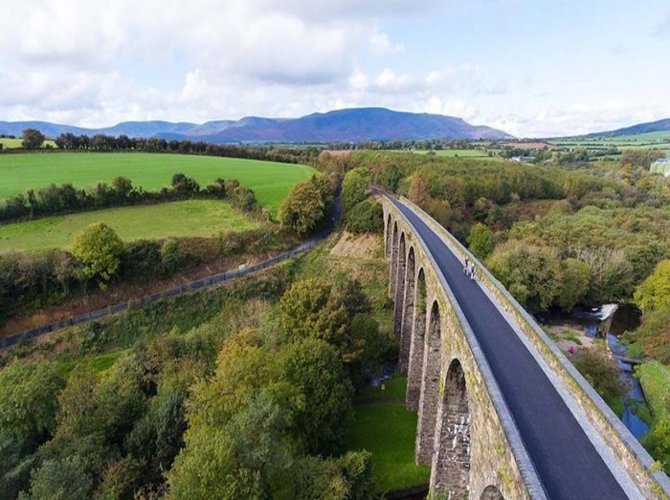 QUESTIONS around a historic arrangement on trading on the Waterford Greenway, new vendors and the potential impact on existing businesses, were raised at the Comeragh District monthly meeting.

Under a discussion about planning and economic development, Cllr Declan Clune (Ind) said he and fellow councillors received an e-mail from an unnamed business owner in Kilmacthomas regarding a historic arrangement that was made precluding business owners or vendors trading on or near the Greenway.

“Apparently, a new coffee station has opened up by one of the entrances to the Greenway in Kilmacthomas. It is causing a bit of concern with some of the businesses there,” he explained.

Cllr Clune asked if an agreement had been made, and said, “The gentleman involved probably has a valid point, but at the same time we don’t want to be too hard on new businesses setting up… If there were rules or an agreement made previously I think we are obliged to follow them.”

Also expressing sympathy for the business owner who sent the e-mail, Cllr Liam Brazil said he was “probably a rate payer”.

Cllr John O’Leary was in agreement that the rate payers needed to be protected. His understanding was that anyone setting up a private business had to get planning and anything set up around the Greenway required a causal trading licence.

“The business people need to be protected. They are the rates payers. They are the people who are making huge investments. They have been in the past promised that whatever benefits there would be from the Greenway would go to the tax and rate payers.” Cathaoirleach of the Comeragh District, Cllr Seanie Power reiterated Cllr O’Leary’s sentiments, and added that applications for trading have been submitted for various spots in the county.

The meeting heard that with regard to trading when the Greenway was established, rather than being a formally adopted policy, causal trading or otherwise was not to be encouraged, particularly if it was to displace business already established within the local communities along the Greenway. By and large Waterford Council has stuck to that agreement, the executive said.