Dominic West: My mother-in-law warned me not to mess up The Pursuit Of Love 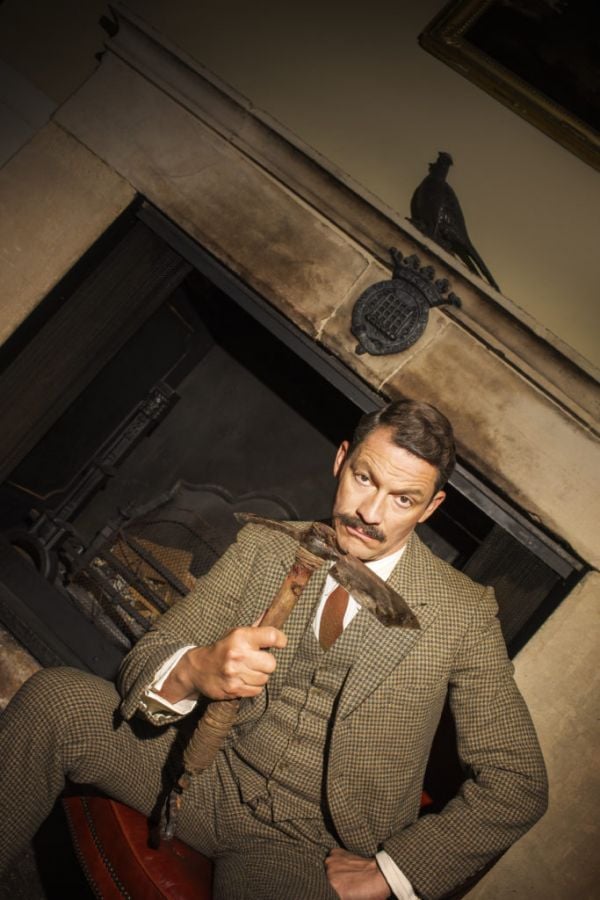 Dominic West has said his mother-in-law warned him not to mess up his performance in BBC series The Pursuit Of Love.

The actor, who plays the patriarchal Uncle Matthew in the adaption of the 1945 novel by Nancy Mitford, said she had “very sternly” told him how much she loved the source material.

Set in Europe between the First and Second World Wars, the story follows the romantic adventures of Linda Radlett, played by Lily James, the second-oldest daughter of an upper-class family.

West, who is married to landscape designer Catherine FitzGerald, plays James’ father, who he described as “so outrageous and so politically incorrect”.

He added: “His attitude to life is so not what most people think today in regards to political opinions; how to raise children, the role of women in society they are all so backwards.

“I couldn’t really resist him as he’s so fun to play. Even in the 1930s he had unconventional views but he’s a softie behind it all.

“My mother in law very sternly told me how much she loved the books and told me not to mess it up.”

West, best known for roles in Les Miserables and The Wire, described Uncle Matthew as “this legendary figure” based on Mitford’s own father.

“He was an old school countryman,” he said.

“Uncle Matthew hunts his children and is quite a frightening patriarchal figure. Pretty much every scene I’m in I’m shouting at someone but because he fought in the First World War he particularly hates the Germans.

“There’s an entrenching tool hung on the wall which reminds him of how he killed 10 Germans in a row.

“He regards everything foreign as unspeakable and cannot imagine why anyone would want to travel or leave England.

“He would not fare well in a world of gender equality and regards everyone with contempt. But there is a warm heart to him which is why he’s interesting.”

James said her grandmother had shaped her idea of feminism and that she often thought of her during filming.

She said: “It’s an honest exploration of female friendship. You see these two friends grow to gether, grow apart, come back together, have babies, success, failures, heartache but they are united.

“There’s a great honour to have that friend that means the world to you and ultimately is your soulmate. It’s a celebration of female friendship.

“The book celebrates you making your own choices.

“My granny has shaped my idea of feminism. I thought about her a lot during filming as she is French, lived through the second world war and moved to England, met my grandfather, stayed here, had a family.

“She’s a real matriarch of our family. I admire her and how she’s lived her life.”

The Pursuit Of Love is produced by Open Book and Moonage Pictures for the BBC and is a co-production with Amazon Studios in the US, Canada, Australia and New Zealand. It starts on BBC One on May 9.

George Clooney turns 60: why he’s such a Hollywood style icon