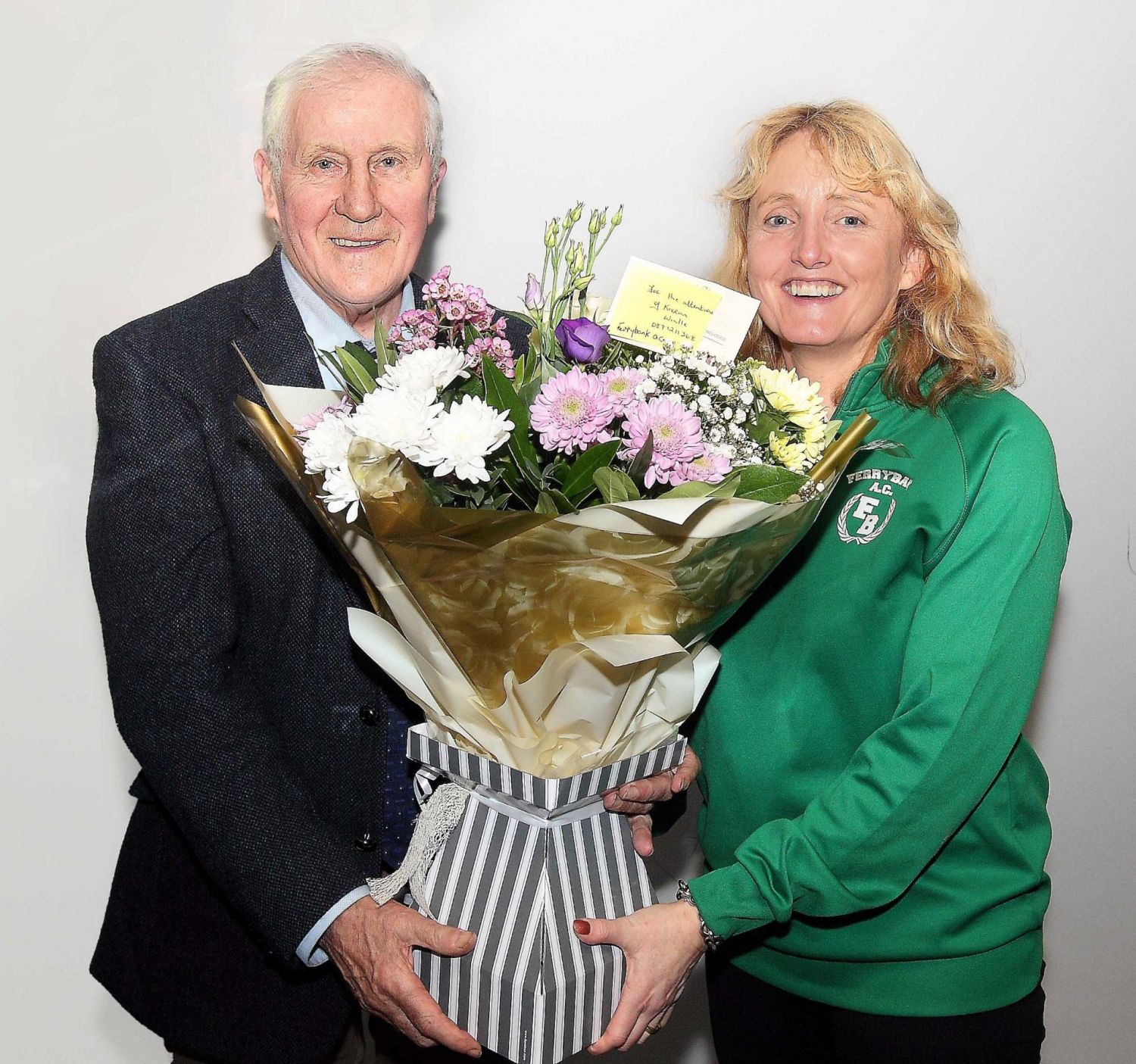 Bríd Golden of Ferrybank AC has been elected as Vice President of Athletics Ireland. Here she was with Fintan Walsh. Photo: Noel Browne.

Ferrybank AC and Waterford County Board member Brid Golden has been elected to the position of Vice President of Athletics Ireland at the 2021 National Convention which was held by Zoom.
Brid was also elected unopposed as Chair of Coaching and Development within the Association. Brid will bring to the position of Vice President years of valuable experience both as a fine athlete at National and International level, and Coach and administrator at every level in the sport also.
In addition John McGrath of West Waterford AC and David Murphy of Waterford AC were both re-elected to the National Juvenile Committee again both with a great knowledge of the sport. Heartiest congratulations to all three. They will however not take up their positions immediately as the Convention did not finish due to a hitch in the Zoom set up and all the motions were not discussed, a new date will be decided to finish the Convention. However on Legal advice all that went on up to the time of the hitch will stand including all the Officers elected.