The hurling Galvins of Portlaw and Clonea

We continue our nostalgic review of the thirties and forties with another article from the archives written by the great John Keane in 1951, part of a series on prominent Waterford hurling families of that period who Keane would have played with and against. Here in his own words is John Keane’s take on the Galvins of Sallaheen who played club with Portlaw and Clonea, inter-county with Waterford and indeed further afield.
‘Like many GAA families the story of the Galvins does not begin with the seven brothers but with their father Tom Galvin senior. A native of Portlaw, Tom Galvin took an active part in Gaelic Games and during his youth he was active on the football fields in the colours of his native Portlaw. Athletics too attracted him and he was a popular and successful performer in field events. His eldest son, Willy Galvin (probably better known as Billy), is perhaps the outstanding Gaelic athlete of his family and a fine example to his brothers.
Still very active on the hurling front, Billy has achieved numerous covering a period of more than a dozen years. He began his hurling career at the Portlaw National School and his progress in the game was swift and spectacular. As a minor he donned the colours of Clonea and served that club for two years before transferring to Portlaw in 1935. That year he helped Portlaw to the County Junior Hurling title for the very first time. In 1937 Billy was on the Portlaw team that won the county Minor Hurling Championship and he crowned a great year of achievement by figuring on the side that brought the club its only Senior title to date. Billy Galvin has, therefore, the almost unique distinction of winning Minor, Junior and Senior county championship medals while still in minor ranks.

ALL-IRELAND WINNERS
Billy Galvin’s intercounty hurling career commenced when he fielded for Waterford minors against Kerry in Tralee in 1937. In 1942 he made his senior intercounty debut and has figured on the senior panel almost continuously since. In 1948 he was one of that imperishable band which finally ended Waterford’s long, and often heart breaking, years of failure in the All Ireland series. In that year he shared in all of his county’s triumphs in winning his Munster and All-Ireland medals.
In addition to those hurling victories with club and county Billy has proved himself no mean footballer and has won two senior championship medals with Kilrossanty. Today, though slowed somewhat by a severe leg injury, he continues to play manfully and capably with Clonea in hurling and Kilrossanty in football.
James Galvin, like his brothers, is a product of Portlaw National School. Considered the fiercest and most rugged player in his family, James also achieved fame in 1948 when he figured in the All Ireland winning selection. His fighting display against Galway in the All Ireland semi-final was characteristic of the man. It was indeed a pity that such a splendid warrior should have been denied a County Senior Championship medal with Portlaw and Clonea.

AMERICAN ALL STAR
Following the 1948 final James emigrated to the U.S. where, in the best tradition of his family, he threw himself into the activities of the GAA in New York. Last year he was a member of the American All Stars who extended All Ireland Champions Tipperary in the National League Final played in the Polo Grounds. James Galvin is currently serving in the U.S. armed forces.
Tommy Galvin’s first trophy was a minor league medal won with Portlaw. He seemed set for a successful spell in intercounty minor hurling when, in 1942, the minor championships were cancelled due to transport difficulties (the War). He made his first appearance on a Waterford Senior team in 1947 and as a midfielder and forward, and even a goalie on one occasion. He has given outstanding service to his county since. He played in three county senior finals, one with Portlaw and two with Clonea but victory was denied on each occasion. His one success in senior club championship came with Kilrossanty in football.
Ambrose Galvin emigrated with James to the U.S. where he continues to assist Tipperary in the New York competitions. He was in the New York side that failed narrowly to beat Galway in the recent National League final played in New York. Ambrose is a big strong player and should be a force in the game in America for a long time to come. Before emigrating, Ambrose had already made a notable contribution to the family record. He played Minor, Junior and Senior with Portlaw, Senior hurling with Clonea and Junior Football with Newtown as well as making occasional appearances on the county senior team.
Those three are the better known of the Galvin brothers, but the story does not end there. Another brother John Joe showed rare promise with Portlaw minors before emigration put an end to his career on our Gaelic fields. The younger members of the family are Michael who plays minor with Portlaw while Pat is a member of the Portlaw National School team which figures prominently in the Sheehan Cup competition. The two youngsters have a great tradition to inspire them.’ 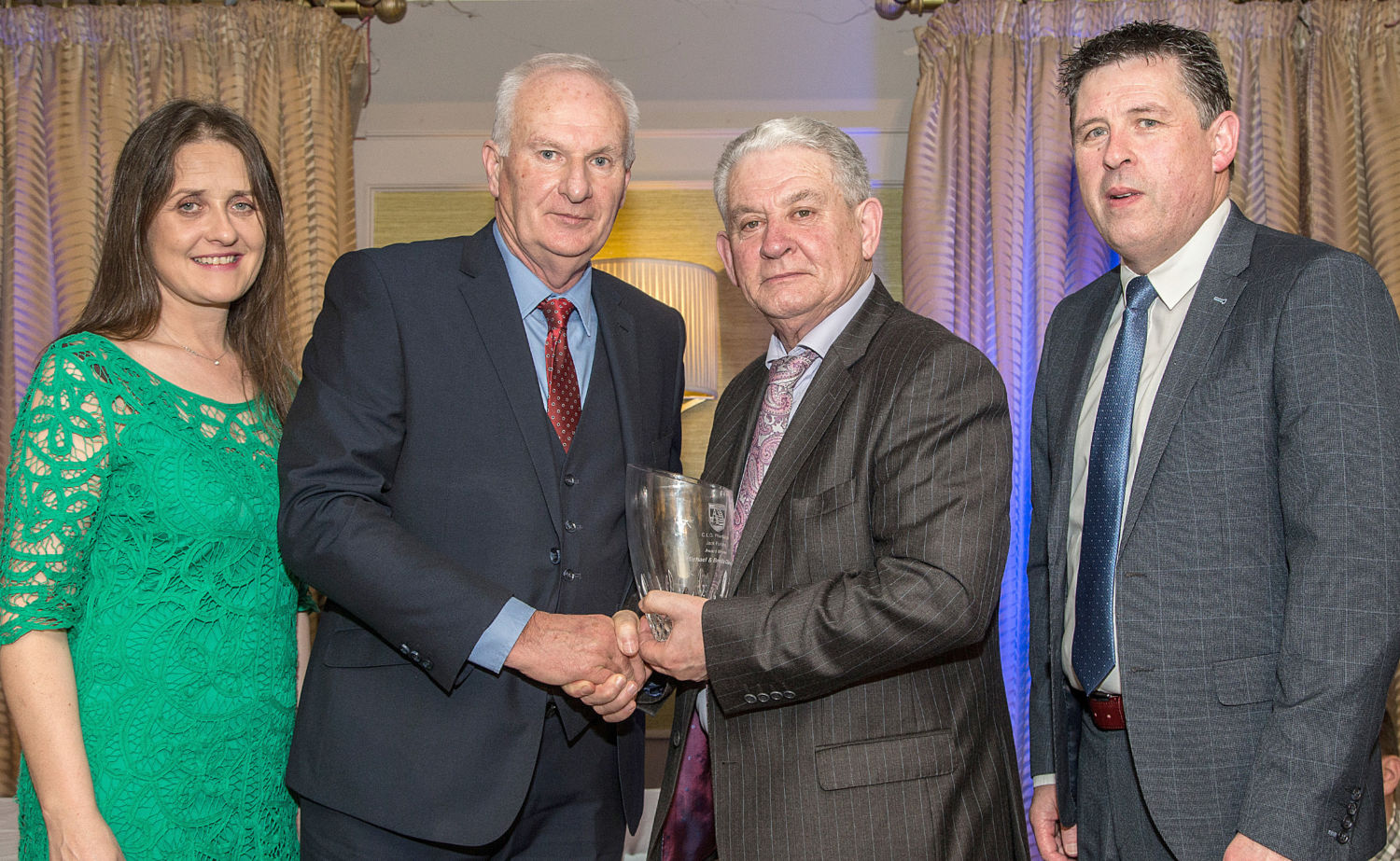 CONTINUING THE TRADITION
That then is the story of the Galvins of Portlaw and Clonea as set out by John Keane in the Waterford Star of 1951. But, as Keane would say, the story does not end there. Families create their own tradition and the Galvin tradition carries on in Waterford hurling to this day. Billy Galvin’s son, John, was a star for Portlaw and Waterford winning three county senior titles with Portlaw when the club made the break through in the seventies as well as a Munster U-21 championship medal in 1974. In that same year John Galvin became Waterford’s first All Star as a midfielder and in 1982 he was awarded his second All Star as a defender. John’s sons Eoin and Frank are both prominent with Portlaw and have figured on county teams in hurling and football.
The Galvin tradition carries on today with the Waterford Senior Hurlers. Billy Nolan of Roanmore, who has played in all grades of inter county hurling from underage to senior and looks set to take over the number one jersey from Stephen O’Keeffe, is the grandson of Billy Galvin. His parents are Eddie Nolan, a star of Roanmore’s championship winning sides of ’89 and ’90 and who also starred with Waterford, and Rosarie Galvin daughter of Billy Galvin and sister of John.