A SERIES of malicious fires, some set close to residential houses putting people’s lives at risk, have been blamed on youths and anti-social behaviour.

Throughout the month of April Waterford Fire Service responded to a total of 110 reports of outdoor fires, with around 12 of those occurring in a period of two weeks. According to Cllr Jim Griffin (SF) at least 50% of the fires during that particular fortnight could have easily had deadly consequences.

Extensive fires were started at Carrickphierish at Mount Suir, on land near An Garaun and Ard Na Ghleanna housing estates in Tramore and in fields in Ferrybank. Bins were set on fire in the People’s Park, while a large gorse fire broke out at The Hurthill.

Regarding the Ferrybank fires, which were started on empty land near the Maxol Station, Cllr Griffin said the fires started small, but escalated as the perpetrators gained more confidence after not being caught. 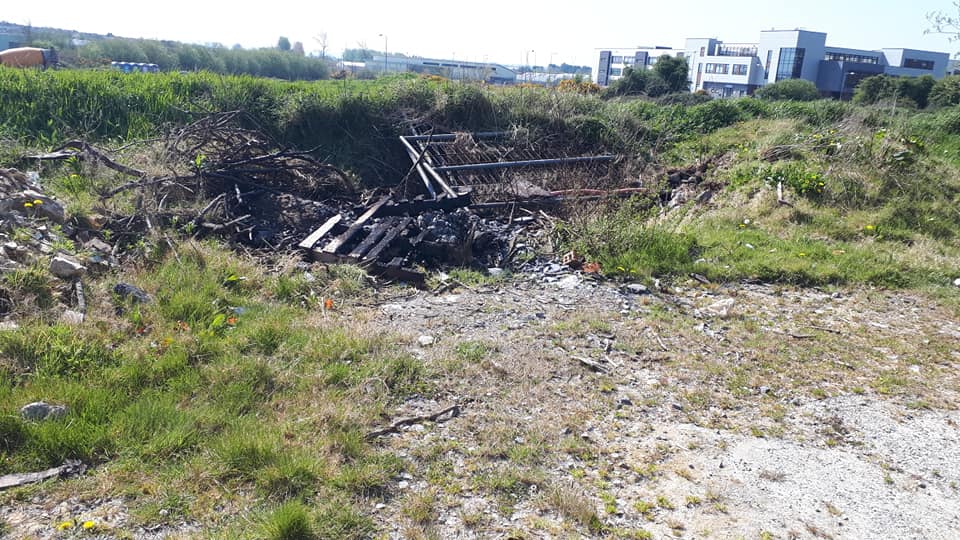 Separately, a spray paint tag bearing the initials GDM first appeared on a fence and around apartments at Mount Suir in Carrickphierish. On Friday, April 23 a large fire was started in a building compound leading into Mount Suir and Woodbrook estates.

“That fire was quite frightening. It was quite close to Woodbrook. Residents said the smoke billowed for ages and all of a sudden there was thick, heavy black smoke. There could have been smoke inhalation or a nasty outcome from that fire,” Cllr Griffin said. When residents awoke the following morning the nameplate for the Mount Suir estate was defaced and sprayed with the letters GDM. 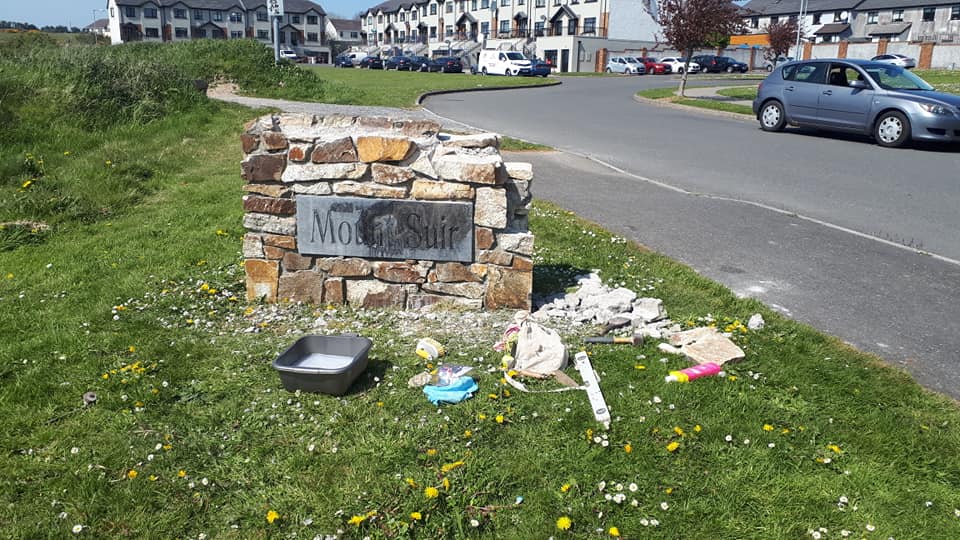 Fearful that the fire service wouldn’t be able to find the estate in the event of an emergency, residents spent the entire day removing the graffiti and cleaning up the mess made. Cllr Griffin said all that was left of some of the burnt planks was a foot and a half of wood and metal ends. When they were clearing, more planks stored in a dike were discovered 30-40 yards away. Permission was sought from developers William Neville & Sons to remove what was burnt and the developer agreed to remove what was left, but unfortunately another fire was set on that evening at 5.20pm. When he called 999 Cllr Griffin was told the Fire Service was attending two bin fires that were maliciously started in the People’s Park and would be straight up afterwards.

Within the space of 48 hours the Fire Service also responded to reports of fires on Monday, April 26 and Tuesday, April 27 close to An Garaun and Ard Na Ghleanna housing estates in Tramore. It is understood that Gardaí are dealing with a youth in connection with these fires. Cllr Griffin praised Waterford Fire Service and the Gardaí for their responses, particularly Garda Dave Butler who gave great attention to text and messages from residents. 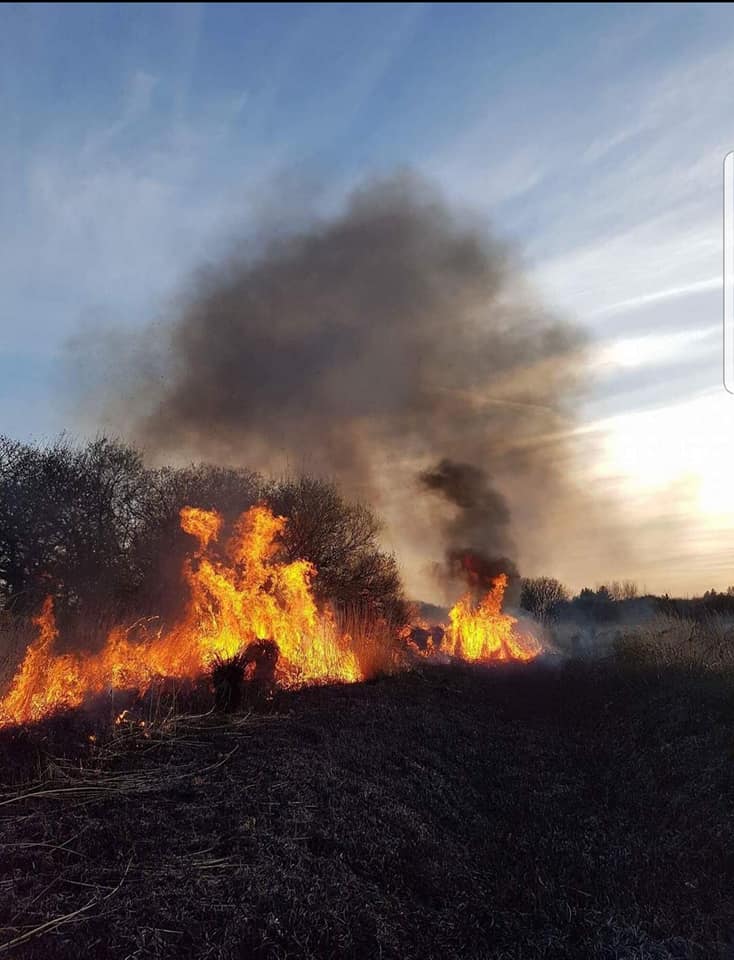 A gorse fire broke out at the Hurthill between Cheekpoint and Passage East. Picture: Waterford Fire Service

Meanwhile, The Hurthill, between Cheekpoint and Passage East, became engulfed in flames last Thursday, April 22 and into the early hours of Friday, April 23, but this is believed to have been due to a gorse fire. Crews from the city, along with Dunmore East Fire Service, battled hard into the night to contain the fire that caused extensive damage.

According to Cllr Jody Power, “But for the timely and effective intervention of the Waterford Fire Service and the blessings of a light breeze, an exceptionally beautiful part of Co. Waterford may have joined Co. Kerry and Co. Down in wild parkland smouldering ashes.

“At this time of year, the dead, decaying and seemingly innocuous flora of last winter are ripe for accelerated combustion and coupled with the lengthy dry spell of late, all factors coalesce for conflagration should a cigarette butt, or the like, be surreptitiously or stultifying discarded into their midst.”

Home to many wild animal species such as deer, fox, hare, rabbit, otter, rat and mouse, the wildfire will have serious impact.

Cllr Power expressed thanks to the crews of Waterford Fire Service who “managed to arrest the conflagration in a very dangerous cliff type topography before the flames engulfed the entire Hurthill, threatening a nearby homestead”. Later that Friday afternoon another fire started in Kilbarry bog on the outskirts of the city.